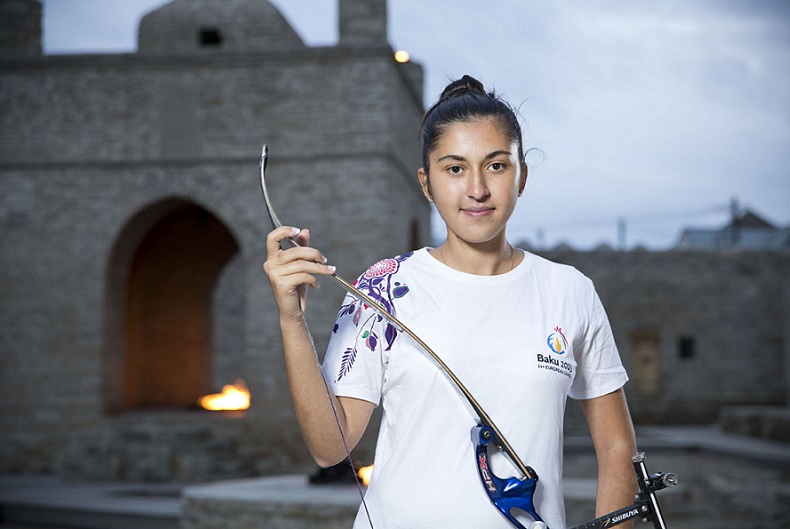 Baku 2015 European Games has today announced the first eleven Azerbaijani athletes who will become Ambassadors for the inaugural European Games.

The athletes have been selected to represent their sport and their country, and will feature in marketing campaigns in the lead up to the Games as they help to promote next summer’s event across Azerbaijan.

They will also feature at high-profile milestone events to celebrate Baku 2015 as the clock continues to count down to the spectacular Opening Ceremony on June 12 next year.

Mr Azad Rahimov, Azerbaijan’s Minister of Youth and Sport and Baku 2015 Chief Executive Officer, said: “These athletes are some of the finest sportspeople in the country and they will prove to be excellent ambassadors for the European Games.

“We want them to help share the excitement surrounding Baku 2015 with the rest of the country, and I am sure their achievements will prove inspirational for young people all across Azerbaijan.”

Mr Chingiz Huseynzade, Vice-President of the National Olympic Committee of the Republic of Azerbaijan, said: “We are very proud to be working alongside the Baku 2015 on the ambassador programme.

“Baku 2015 is an incredible opportunity for our athletes to represent themselves, their sports and their country on a major international stage and the ambassador programme will help develop their careers immensely.”

The Baku 2015 ambassador programme will also see notable ambassadors recruited to help raise awareness around the world about the European Games via international campaigns.

Mr Simon Clegg, Chief Operating Officer of Baku 2015, said: “The ambassador programme will see support for the inaugural European Games from medal hopefuls and high profile athletes from around Europe, so we are confident that it will be a success.

“I would like to thank all of the Azerbaijani athletes for their support so far and we look forward to working with them to help promote Baku 2015 in the coming months.”