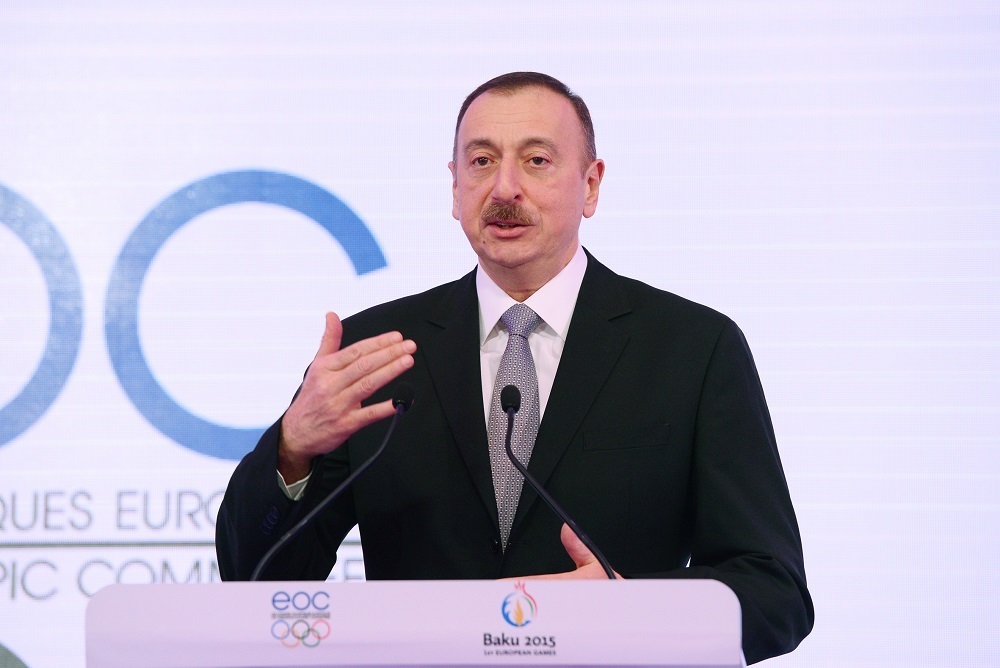 The Azerbaijani government and Baku 2015 European Games, led by President Ilham Aliyev and Minister of Youth and Sports and Baku 2015 CEO Azad Rahimov respectively, made a strong impression at the 2015 World Economic Forum in Davos, Switzerland.

The delegation worked to promote the inaugural European Games, to be held in Baku on 12-28 June 2015, and highlight the positive impact which the Games will have on the Azerbaijani economy.

A number of high-profile guests including Mr Patrick Hickey, President of the European Olympic Committees, and Mr Klaus Schwab, Executive Chairman of the World Economic Forum, attended a gala dinner hosted by Baku 2015.

Speaking at the event, Mr Hickey said: “This year’s theme in Davos is The New Global Context – a theme which is also reflective of the sports movement in 2015. Sport in Europe is not only embracing a New Context; it is helping to create a New Context – through the introduction of the European Games. Baku will stage a fantastic first edition. Azerbaijan is a nation emerging at a rapid pace, and with an abundance of natural resources combined with efficient management, it has become a remarkably dynamic state in just 23 years.

“Being part of the European Olympic family has helped accelerate this development. Sport occupies a special place in Azerbaijan’s society so Baku 2015 will be a new, exciting chapter in their sporting story.” 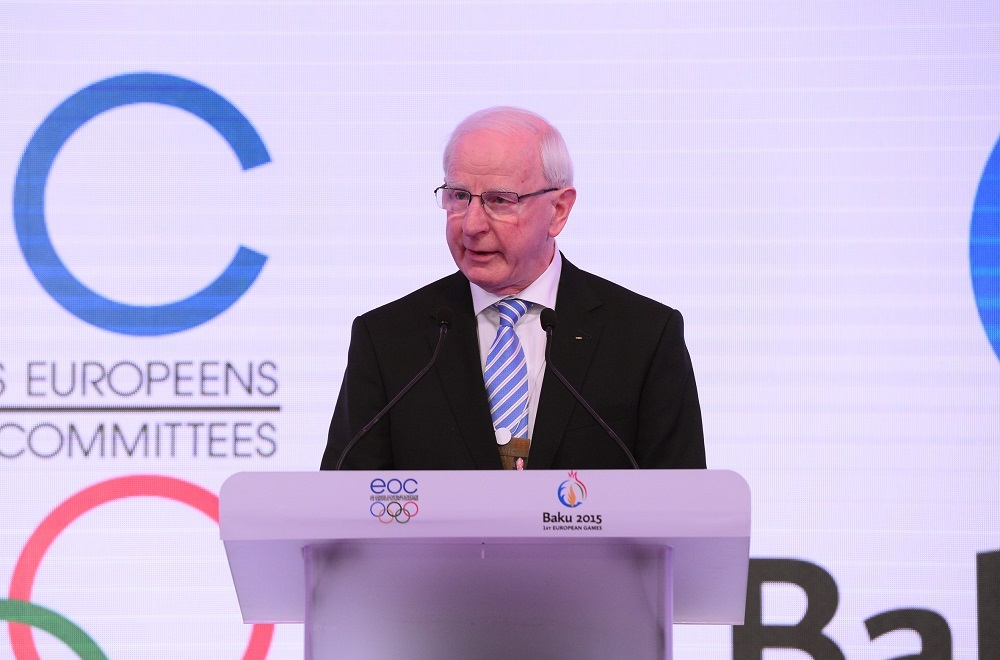 Minister Rahimov also addressed delegates, and said: “Hosting the Games in June this year is not just a single special event for us, but a part of our nation’s broader strategy.

“Under the leadership of the President of the Republic of Azerbaijan, Ilham Aliyev, the development of sport has been placed as one of our national priorities.”

The dinner complemented an exhibition at the Davos InterContinental hotel devoted to showcasing Azerbaijan’s rich history and culture, and promoting the inaugural European Games.