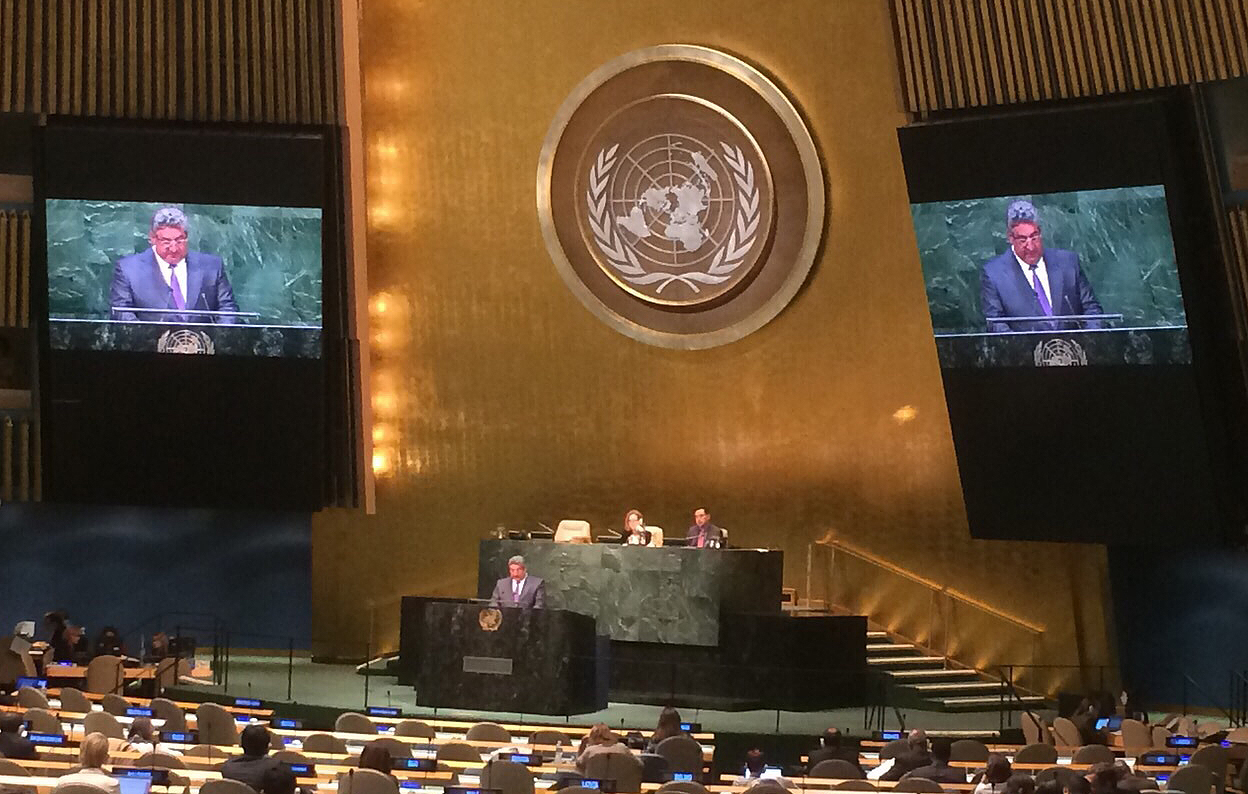 Minister Azad Rahimov, Baku 2015 European Games Chief Executive Officer and Azerbaijan’s Minister of Youth and Sport, has delivered a speech on ‘Sport for Development and Peace’ to the United Nations General Assembly in New York City, United States of America.

Minister Rahimov also welcomed guests to a gala lunch where he presented key facts about the inaugural European Games, to be held in Baku in June 2015.

“Baku 2015 will take place over 17 days of competition, when more than 6,000 athletes from Europe will compete in 20 sports, in the spirit of peace, fair play, friendship and unity.

“While having had little more than two years to prepare for the European Games, our country is determined to deliver these pioneering Games at the highest level.”

The Minister praised the leadership of First Lady Mehriban Aliyeva in her role as Chair of the Baku 2015 European Games Organising Committee.

He also told delegates of the legacy of the European Games in Azerbaijan and the lasting importance of the new sporting venues being built for Baku 2015.

Minister Rahimov added: “Our nation has a large proportion of youth, with the median age of population of just 30.1 years.

“Indeed, 40% of our population is less than 24 years old. With such a statistic we feel a sense of duty to provide proper sporting infrastructure and purpose for our people.

“In fact, in the last 10 years alone, we have constructed more than 50 world-class facilities throughout the entire country. This sporting infrastructure provides access to sporting facilities to all our people, at absolutely no cost to the individual.”

Minister Rahimov also enjoyed a meeting with Mr Sam Kutesa, President of the 69th General Assembly of the United Nations.

The two officials discussed the importance of the First Global Forum on Youth Policies, which will take place in Baku between the 28 and 30 October 2014.

For more information on the First Global Forum on Youth Policies, click: http://www.youthpolicy.org/event/global-forum-on-youth-policies/