In Rzeszow (POL) to close the outdoor season with the European Field Championships 2015.

Not only the last competition of outdoor season but also the last WAE event of 2015.

Rzeszów is the biggest city in southeastern Poland, with a population of 184,493 in 2014. It is located on both sides of the Wisłok in the heartland of the Sandomierska Valley. The city, which was granted a town charter in 1354, has been the capital of the Podkarpackie Voivodeship since 1999, and is also the seat of Rzeszów County.

Rzeszów is served by an international airport, is a member of Eurocities, and is home to a number of higher education schools and foreign consulates.

Until the outbreak of World War II the Jews of Rzeszów numbered 14,000, more than one-third of the total population. The town was occupied by the German Army on 10 September 1939 and was renamed as “Reichshof”. German persecution of the Jews began almost immediately; by the end of 1939, there were 10 forced labourcamps in the Rzeszów region and many Jews became slave labourers. Jews were forced to live in the Gestapo-controlled ghetto. Many Jews managed to flee to Soviet-occupied Poland. By June 1940, the number of Jews in Rzeszów had decreased to 11,800, of whom 7,800 were pre-war residents of the city; the rest were refugees from surrounding villages. Life in the ghetto was impossible and hundreds died. During the war some 20,000 Jews were murdered in the ghetto in Rzeszów. This number includes thousands who were sent to Rzeszów only to be deported or murdered soon after arrival. In the fall of 1943 most Jewish slave labor was transported in Holocaust trains to the newly reopened Szebnie concentration camp. A month later, on 5 November 1943, some 2,800 Jews were sent from there, to meet their demise inAuschwitz. Of Rzeszów’s 14,000 Jews, only 100 survived the war in Rzeszów itself, hiding all over Poland, and in various camps. After the war an additional 600 Rzeszów Jews returned from the Soviet Union. Almost all of them subsequently left the city and the country.

In 1991 Pope John Paul II visited Rzeszów. During the celebrations in which nearly 1,000,000 people participated, the pope beatified Bishop Józef Sebastian Pelczar, former bishop of Przemyśl. On 25 March 1992 Pope John Paul II established the new Diocese of Rzeszów. The city of Rzeszów became the administrative centre of the new Diocese and the Church of the Sacred Heart became the new city cathedral.

In 2004, Rzeszòw hosted the Central European Olympiad in Informatics.

In 2013 the city hosted the European Indoor Archery Championships.

QUALIFICATIONS: Kielnarowa is a village in the administrative district of Gmina Tyczyn, within Rzeszów County, Subcarpathian Voivodeship, in south-eastern Poland. It lies approximately 3 kilometres (2 mi) east of Tyczyn and 9 km (6 mi) south-east of the regional capital Rzeszów. 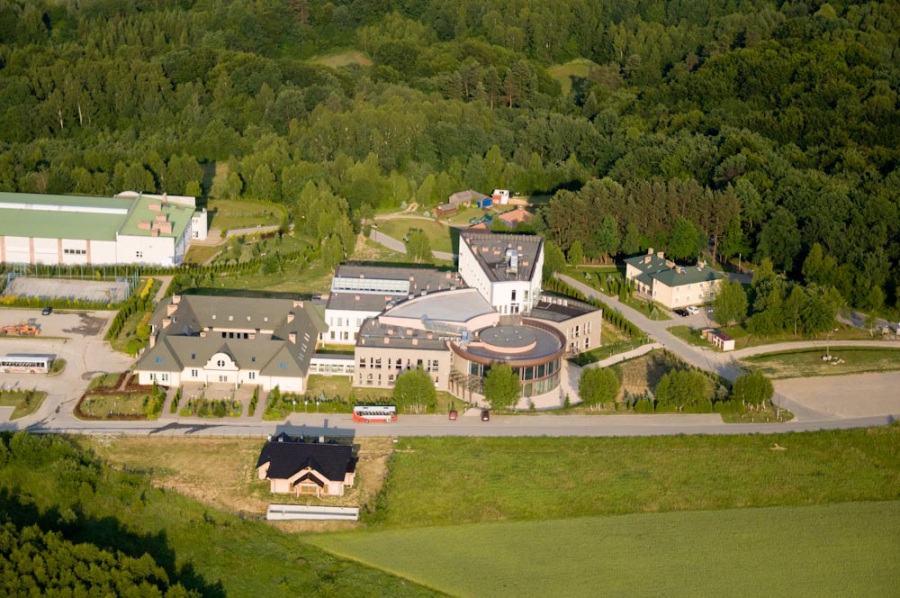 Łańcut Castle is a complex of buildings located in Łańcut, Poland. Historically, the residence of the Lubomirski and Potocki families, the complex includes a number of buildings and is surrounded by a park.

The castle is one of Poland’s official national Historic Monuments (Pomnik historii), as designated September 1, 2005, and tracked by the National Heritage Board of Poland.