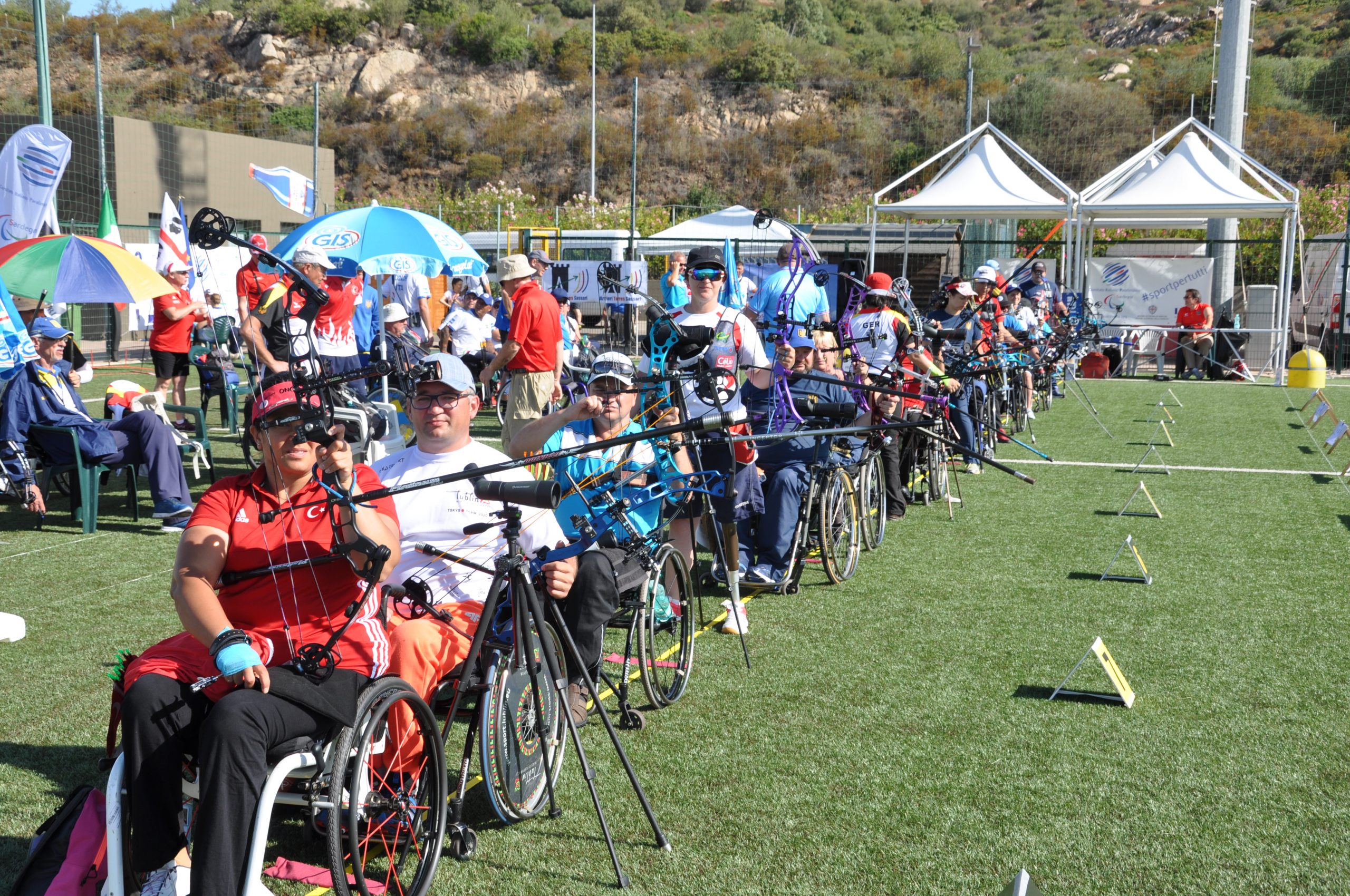 For the third year in a row, since World Archery Europe started Para-Archery Cup Circuit, the first leg is in Olbia (ITA).

More than 100 archers, coming from 15 European countries and 4 extra, will shoot in Recurve Open, Compound Open and W1 divisions, during a five-day competition.

Para-Archery Cup is an important stage between World Para-Archery Championships 2019 in ’s-Hertogenbosch (NED), from 3 to 9 June, which will assign first Tokyo 2020 quotas.

After the second and last leg in Nove Mesto nad Metuji (CZE) in July, for the first time, in 2019 there will be a Final Stage of Cup Circuit for top 4 archers and mixed teams ranked; competition will be in Wiesbaden (GER) next 17th and 18th August.

Tuesday 30 April: W1 Qualification Rounds in the morning; Recurve Men and Compound Women Qualifications in the afternoon, followed by 1/16 eliminations.

Wednesday 1 May: Recurve Women and Compound Men Qualifications, followed by 1/16 eliminations in the morning; afternoon session with Mixed Teams and Teams Elimination Rounds (till semifinals).

Thursday 2 May: Individual Eliminations (till semifinals).

Friday 3 May: Team Finals in the morning and Mixed Teams in the afternoon.

There will be Live Streaming on WAE Youtube Channel. More info to come.

Olbia is a city of more than 60.000 inhabitants in the Italian insular province of Sassari in northeastern of Sardinia (Italy), in the Gallura sub-region. Called Olbia in the Roman age, Cività in the Middle Ages and Terranova Pausania before the 1940s, Olbia was again the official name of the city during the period of Fascism.