France, Indonesia and the USA won the last three men’s team quota places for the Tokyo 2020 Olympic Games at the final qualifying event in Paris, France.

Thirty-four nations entered the event and after qualifying top, it was the USA’s Brady Ellison, Jacob Wukie and Jack Williams that won the first semifinal, guaranteeing a place in the top three, and who won the event outright.

France dominated Ukraine through three sets, in the bronze final, Pierre Plihon roaring his way to victory and the Olympic team quota.

“It’s pure happiness,” France’s Pierre Plihon said. “We had been in such a struggle because of the world championship in 2019. We were so close to qualifying there, and then the pandemic. Now, it’s just pure happiness to share this with these guys. It’s just amazing.”

Thomas Chirault praised the trio’s approach during the storm hiatus.

“Even though the competition was interrupted, we went down to the locker room and put down our bows and prepared mentally,” he said. “We knew we had to come out strong, and this is how we did. We’re very happy about it.” 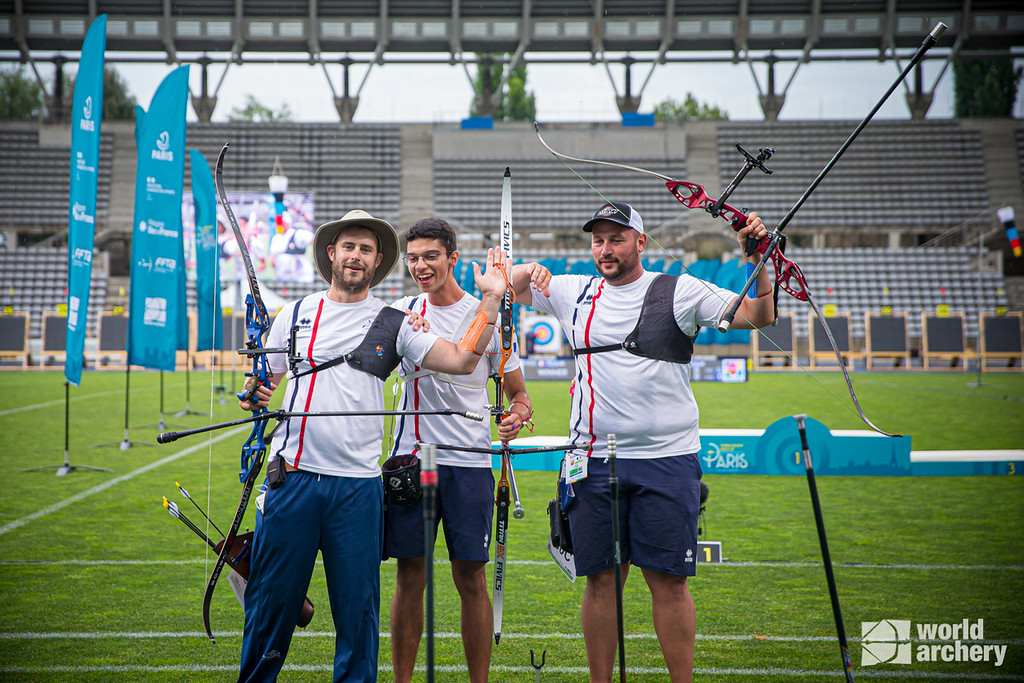 The final list of qualified nations (in men teams):

The top-seeded nation after the qualification round, Ana Vazquez, Aida Roman and Alejandra Valencia beat Italy in the semifinal that would book the ticket to Japan – but the turning point, the moment at which Mexico staked its claim on the Games, actually came one match earlier.

After a lengthy conference at the target, Brown’s arrow was declared the winner to send the USA to the next round, a straight-set win over Spain and the Olympic quota.

Italy and Spain battled for the last team quota.

Tatiana Andreoli, Lucilla Boari and Chiara Rebagliati seized the moment, opening with sets of 57 and 59 points to prop a deserved victory, 5-3.

“We are very motivated and a very strong team working well together,” Boari said. “There’s still a long way to go, but we are definitely ready to put the work in to go all the way.” 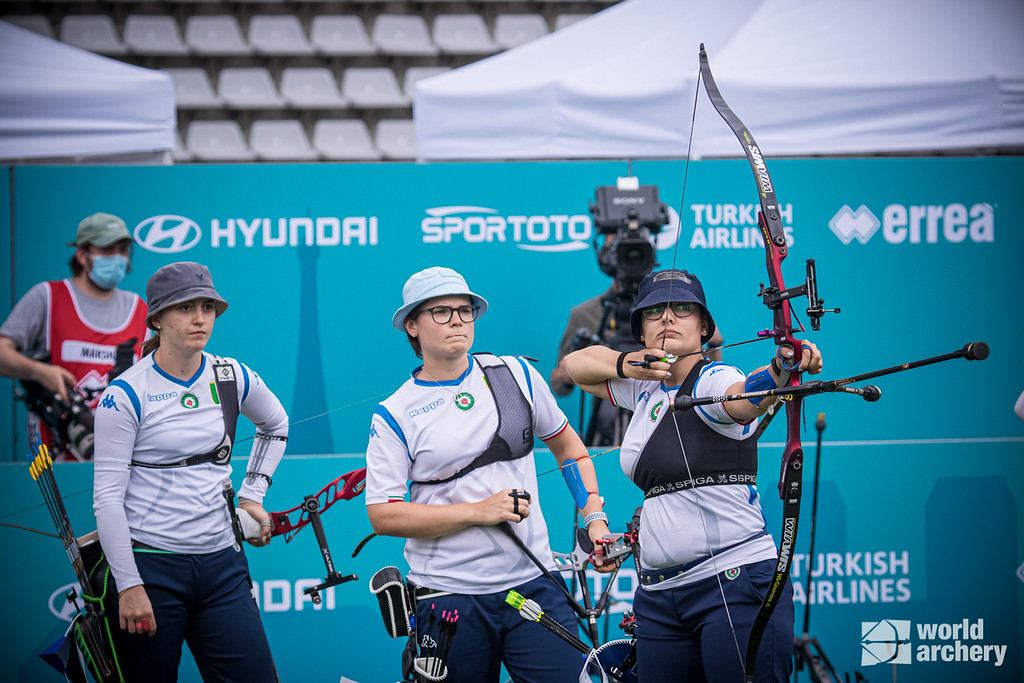 The final list of qualified nations (in women teams):

The tickets were distributed on the results of the fourth round of eliminations, with only seven countries remaining in the quarterfinals and a maximum of one quota per country per gender available.

Places are won for a nation and the archer that wins the place will not necessarily compete at the Olympics. 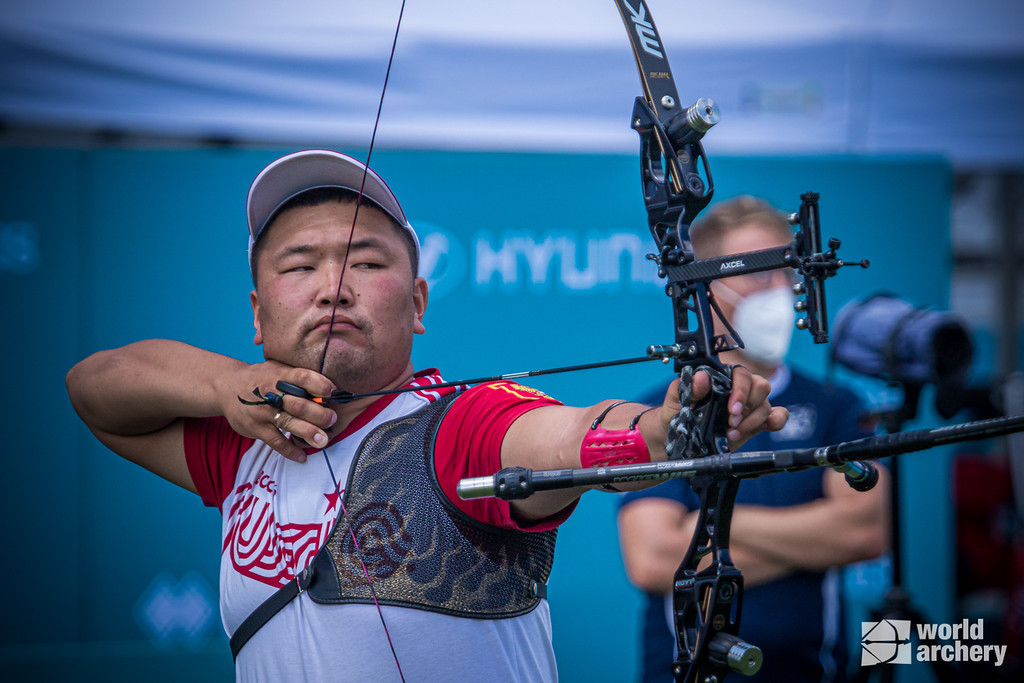 Greece, Romania, Poland, the Czech Republic and Mongolia will now have a spot on the range in Japan.

The bids were distributed on the results of the fourth round of eliminations, with only five countries remaining in the quarterfinals and a maximum of one quota per country available per gender. The list of qualifiers includes 18-year-old Madalina Amaistroaie, who will represent Romania’s first woman archer to compete at the Olympics since the 1980 Moscow Games.

Amaistroaie eventually won the quota tournament, beating Sylwia Zyzanska of Poland, 6-4, to finally place first after a number of encouraging performances to start the season.

“I’m even happier than I was before when I qualified,” she said. “This match and the last one gave me even more confidence, so now I’m even more prepared for Tokyo.”

Evangelia Psarra, who won Greece’s quota place in the first quarterfinal match of the afternoon, will attend her sixth Olympics if she is chosen to compete in Tokyo.

The 6-4 result of the final quarterfinal match between Marie Horackova and Urantungalag Bishindee delivered quota places for both the Czech Republic and Mongolia, respectively. 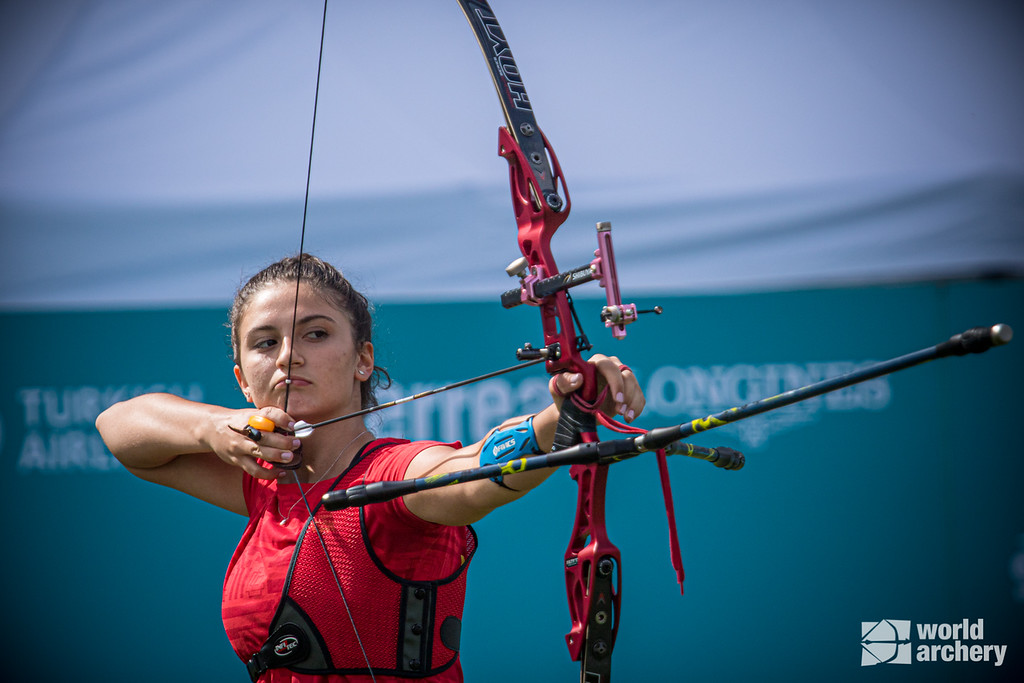 All 128 spots to the Olympics have now been distributed.

The Tokyo 2020 Olympic Games begin on 23 July at Yumenoshima Park in Japan.