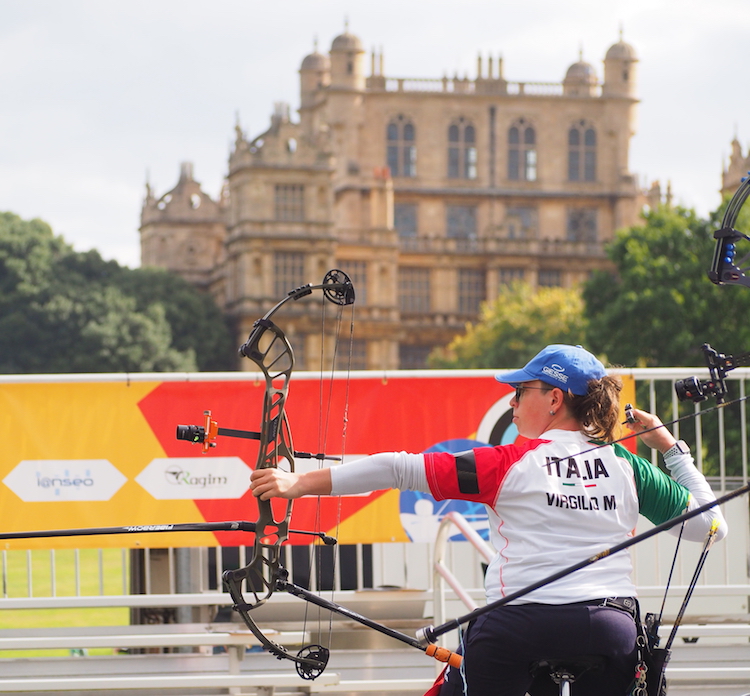 Two days to define all the winners of the 2022 Para-Archery Cup Circuit in the beautiful Wollaton Hall park.

Martin Saych (GBR) is the winner in W1 men 135-130 over Tamas Gaspar (HUN), while Paolo Tonon (ITA) takes bronze in the derby against his teammate Francesco Tomaselli (ITA).

At the end is Italy the first nation in the final medal standing with 9 medals (5 gold, 3 silver and 1 bronze) over host-country Great Britain (8 medals) and France (2 medals).

Para-Archery season is now over, looking already at the next one shooting (and dreaming) to be at Paris 2024 Paralympic Games.

We are already jumping to the next European event: Club Teams Cup in Ruse (BUL) live this weekend.