The Olympic Games is the pinnacle of international archery competition.

It’s the most coveted title for any world-class athlete – and it’s also incredibly difficult to win. Not only is there a severely limited number of quota places at the Games, just 128 compared to the 500-plus you might see at a world championships, but the margin for error is extremely small. It’s a knockout tournament, with each match lasting fewer than 15 minutes. One loss, and you’re eliminated from the competition.

Korea has long been archery’s most dominant nation at the Games.

The pandemic has brought intrigue to the colour of the tournament, though. Neither Korea nor Chinese Taipei, China and Japan has really competed internationally since mid-to-late-2019. All four of these teams have a full six-athlete, two-team squad in Tokyo. What impact will they have? Their world rankings certainly don’t tell the full story.

It’s going to be thrilling. The archery competitions start on opening ceremony day – 23 July – with qualifying for all five events.

Forty-nine years since archery returned to the programme of the Olympic Games (in 1972), the sport is awarding five gold medals for the first time with the addition of the mixed team competition. 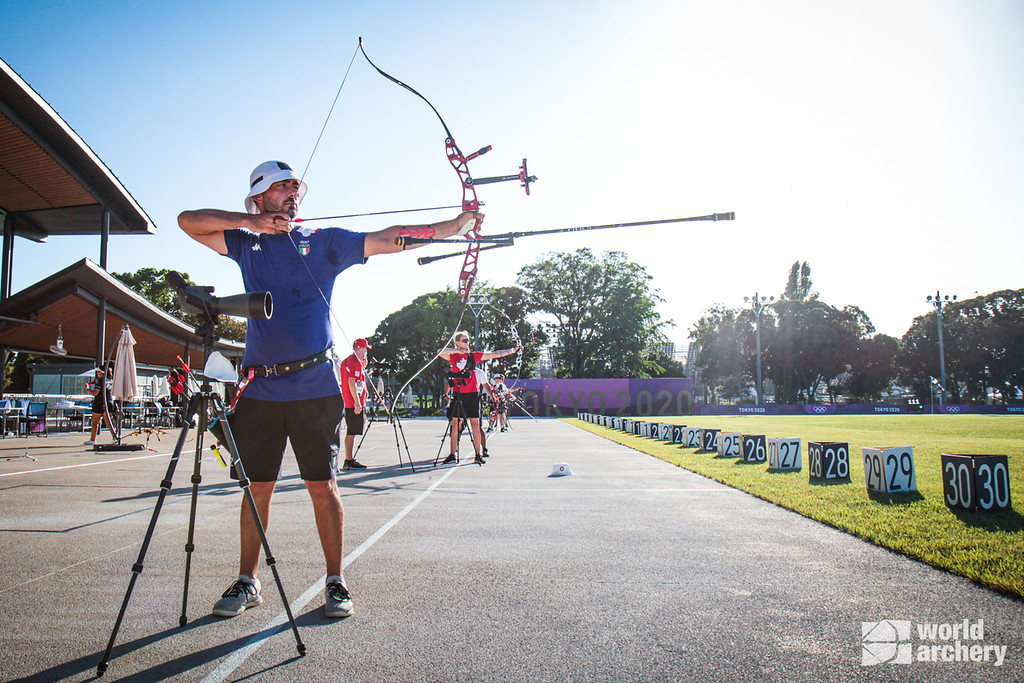 1) The Korean women’s team has never lost a match at the Olympics. The team events were introduced at the Seoul 1988 Olympic Games, four years after Korea won its first Olympic archery gold in the women’s individual event courtesy Seo Hyang-soon. Since 1988, through eight editions of the Games, the Korean women’s team has never been beaten, winning eight consecutive Olympic titles.

2) Brady Ellison’s rise to the ranks of archery greatness. Archery’s winningest international archer since 2010, Ellison is appearing at his fourth Olympic Games in Tokyo – and the first of his 30s. He had arguably the best season of anybody in history in 2019, winning the World Archery Championships, collecting a record-fifth Hyundai Archery World Cup Champion trophy and setting the world record for the 72-arrow, 70-metre qualifying round, which is used at the Olympics, at 702 points. He’s just missing the Olympic title.

3) The two Bs: Bangladesh and Bhutan. Having received universality invitations to recent editions of the Olympics, archers from Bhutan and Bangladesh qualified outright for the first time for Tokyo. Bhutan’s Karma becomes a two-time Olympian when she steps off the plane in Japan, while Ruman Shana finished third for Bangladesh at the last world championships and is a genuine medal contender in Tokyo.

4) First sport to incorporate biometric data at the Games. During the individual events, archers’ heart rates will be shown on the live broadcast, visualising the stress and adrenaline of the arena for the very first time. The data will be captured remotely by cameras measuring the tiny changes in the colour of the skin on the face caused by blood as it pumps through vessels. Archery is the first sport to implement live biometric data at the Olympics.

5) A story of equality and mixed pairs. Since its addition to the programme of the world championships in 2011, the mixed team event, which sees one man and one woman compete together in matchplay, has become a staple in international competition. Ten years later, it’s finally making its debut at the Olympics – and has the potential to deliver the biggest shocks in Tokyo, with so many nations that do not necessarily have full squads able to field talented two-athlete partnerships.

Archers at the Olympic Games use recurve bows and compete in the discipline of target archery.

The qualifying phase of the competition, which takes place on 23 July and consists of 72 arrows shot for cumulative score, is used to rank and then seed the archers for the matchplay phase.

Archers, teams and mixed teams then shoot through head-to-head brackets, in which the winner of each match advances and the loser is eliminated until a champion is crowned. Matches at the Olympic Games are decided using the set system. 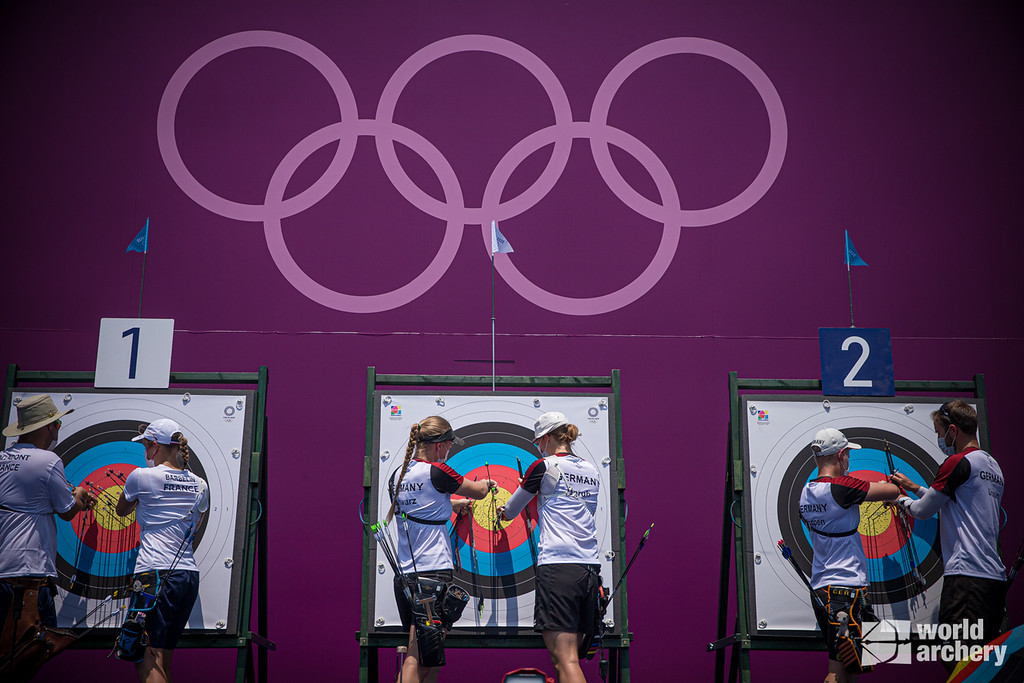 These are the nations that will contest each of the five gold medals.