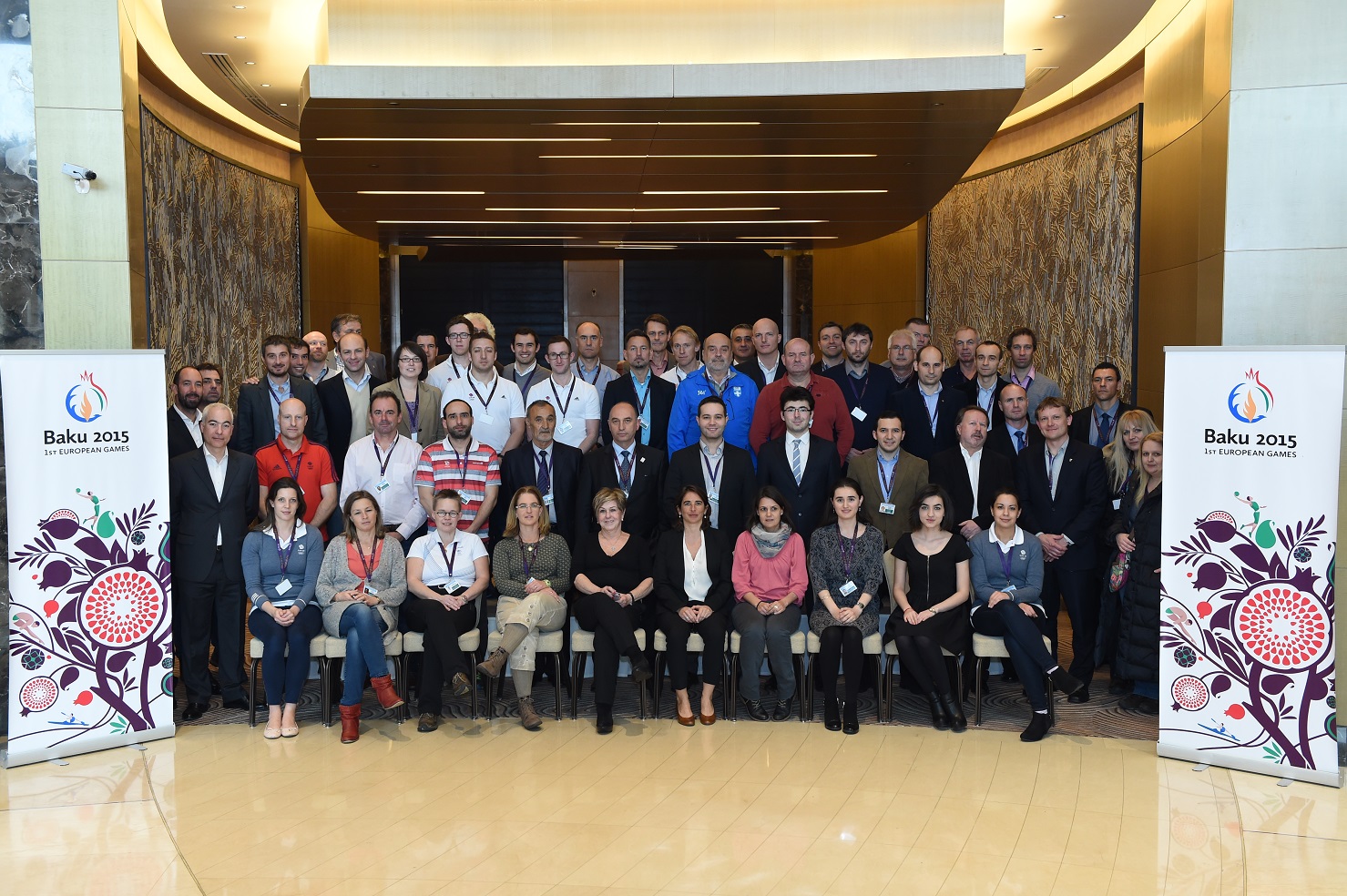 Representatives from 22 National Olympic Committees (NOCs) of Europe gathered in Baku this week to take part in the third, and final, NOC Open Day ahead of this summer’s inaugural European Games.

The three-day programme saw 59 delegates from around Europe receive updates on the latest Games preparations, with presentations and workshops delivered by several Baku 2015 directorates including Medical and Anti-doping, Transport, and Accommodation.

The delegates also had the opportunity to visit and inspect the progress made at many of the Baku 2015 competition venues, including the newly-built National Stadium and European Games Park.

Mr Simon Clegg, Chief Operating Officer of Baku 2015, said: “Following on from last week’s EOC Coordination Commission visit, it was a pleasure to be able to welcome so many delegates from the NOCs of Europe to our final Baku 2015 NOC Open Day.

“I am very proud to be able to show the excellent progress we have made since the second Open Day session in September last year, especially the construction of our spectacular venues which will host world-class sport this summer.”

Mr Peter Brüll, Chef de Mission for Finland, said: “We are very excited about the first European Games and are all looking forward to seeing what they bring. It is great for our athletes to be able to compete at a new event and enjoy different experiences.

“From what we have seen, the quality of the event is going to be a lot better than we had initially expected and a number of the plans seem to be on par with an Olympic Games, if not better. Because it is a smaller competition with fewer athletes than the Olympics, it seems the Baku 2015 organisers have been able to use the opportunity to really tailor the event to meet everyone’s needs.” 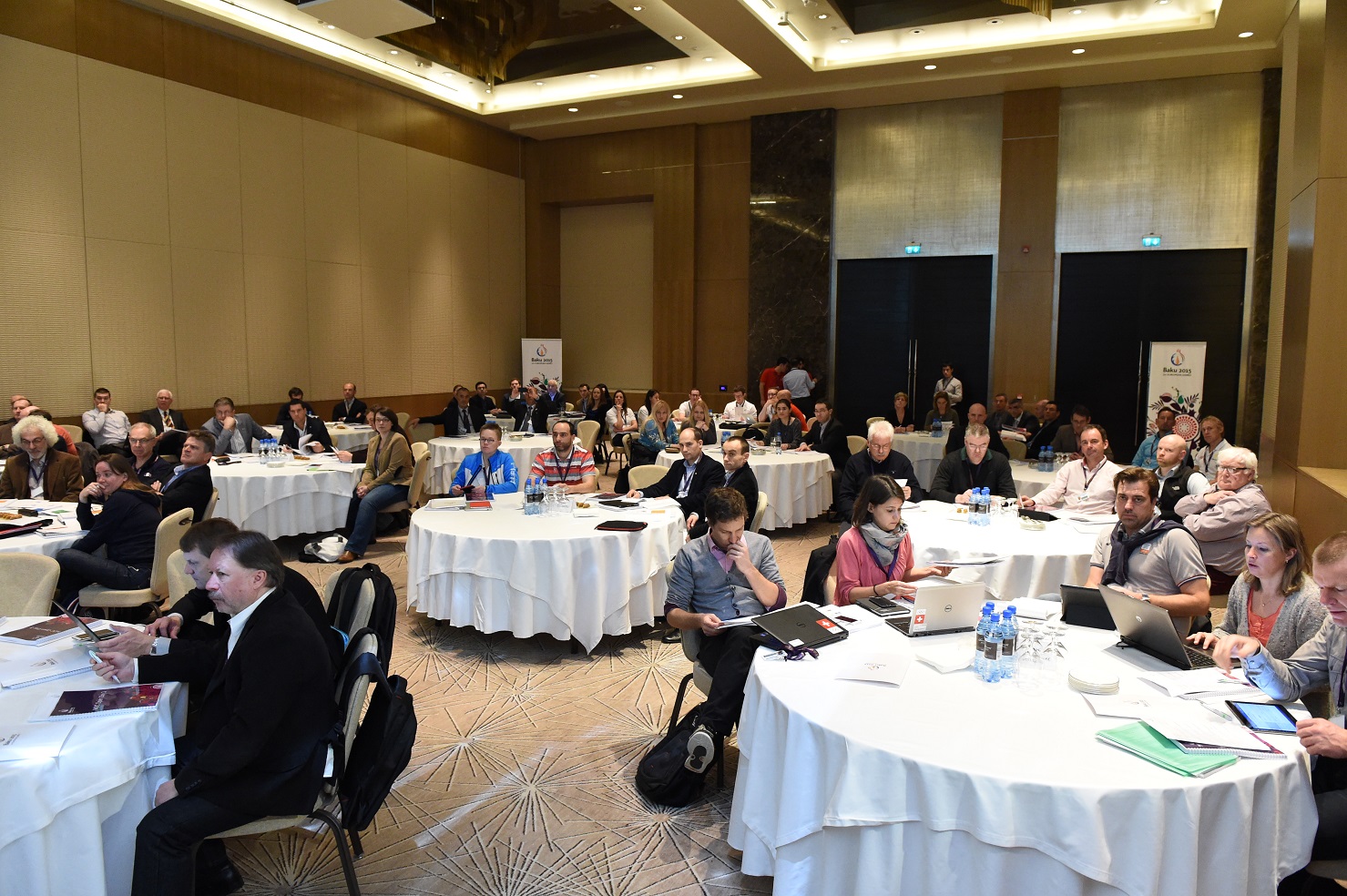 Mr James Macleod, Director of Athlete Services and Operations, added: “Our three NOC Open Days have given us an excellent opportunity to welcome all 50 NOCs of Europe to Baku and update them on our preparations.

“I am fully confident that all the NOCs will be delighted with the facilities on offer to their athletes and I am sure Baku 2015 will be an event that will live long in the memory of everyone involved.”