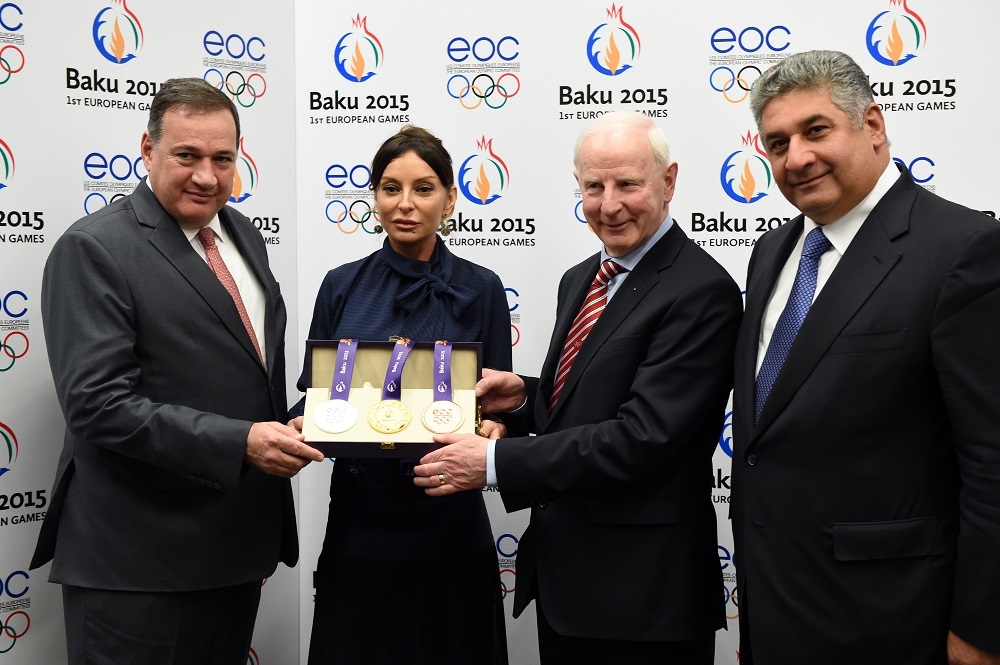 Baku 2015 European Games today marked the start of the 100 Days To Go countdown by revealing the design of medals for the inaugural event, to be held on 12 – 28 June this year.

Baku 2015 also announced that tickets for children and teenagers under 16 will be free of charge at most competition events, while adult admission will be affordably priced. The new-look Baku 2015 website was also launched.

The gold, silver and bronze medals revealed today feature unique iconography developed in line with the decorative Baku 2015 branding. The design, which features the Baku 2015 logo at its centre, is a metaphor for the dynamic, beautiful and culturally-rich host city, while the reverse face features the European Olympic Committees emblem and word mark.

The medal design was created by renowned jeweller Adamas, which also produced the Sochi 2014 Olympic and Paralympic Winter Games medals, in collaboration with Azerbaijani artist Nargiz Huseynova. They will be manufactured locally by Azersouvenir. 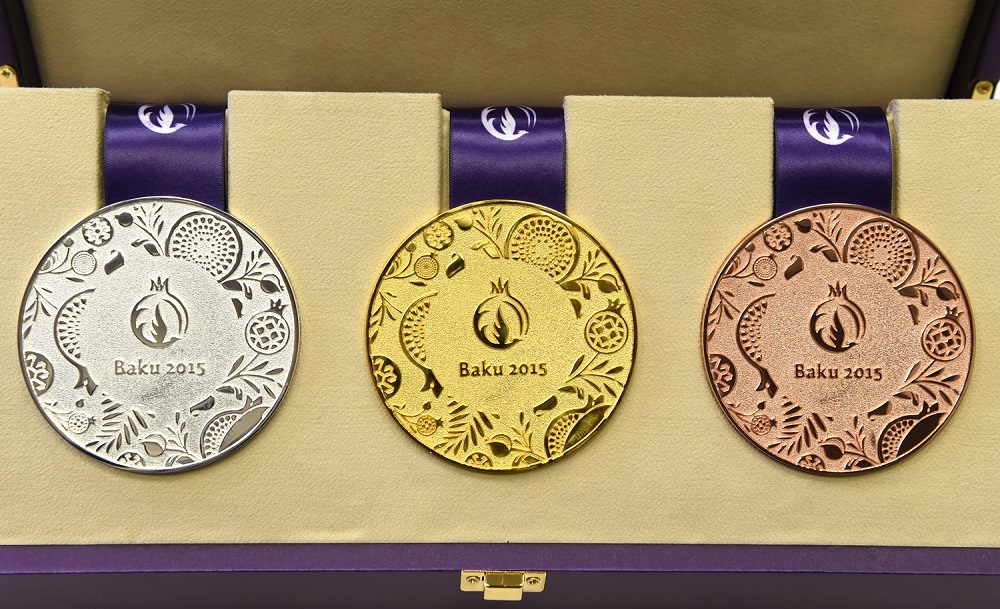 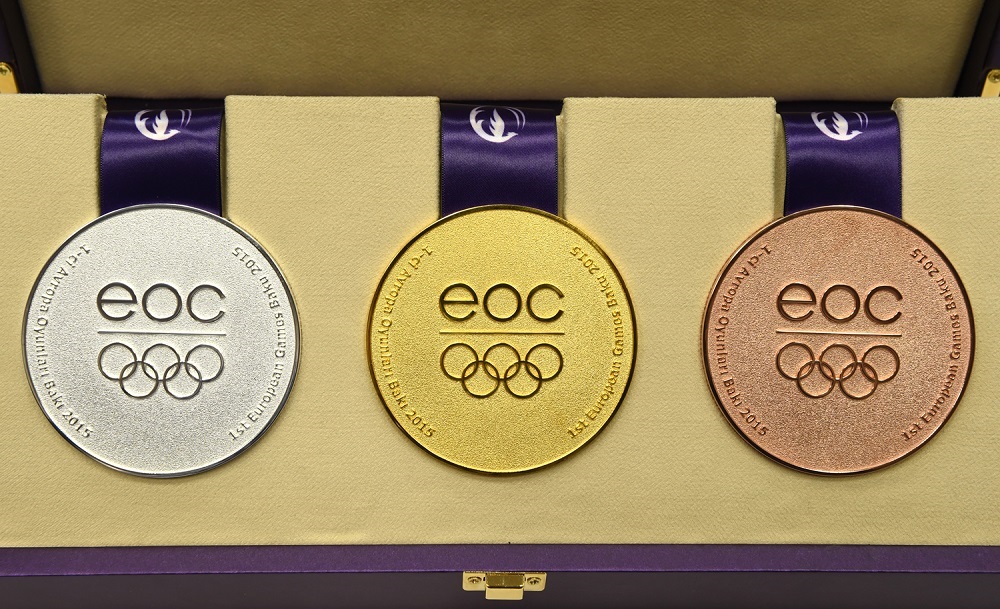 Mr Azad Rahimov, Azerbaijan’s Minister of Youth and Sports and Chief Executive Officer of Baku 2015, said: “It has always been our intention to recognise the first European Games athletes’ achievements with a medal design as unique as the occasion itself. There are now only 100 days before the start of the Games, and I am sure that these beautiful medals will provide athletes with inspiration and raise the public’s anticipation even further during the countdown to the event in June.”

Mr James Macleod, Director of Athlete Services and Operations at Baku 2015, added: “Winning a medal at the first European Games will be a career-defining moment for athletes competing at Baku 2015. The medal designs capture that sense of achievement, along with a creative allusion to Azerbaijani motifs which celebrates our host country.” 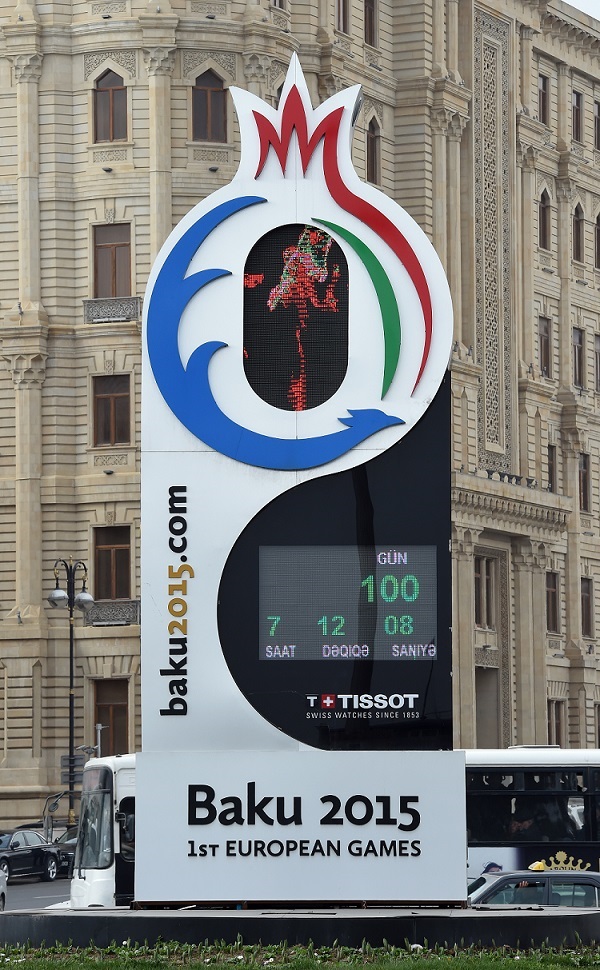 Baku 2015 also today announced its ticketing policy for the inaugural European Games. Adult tickets for sport sessions will range between AZN 2 – AZN 5, according to the competition round (for example preliminary or final), the seat category, and the venue. Children and teenagers under 16 will benefit from complimentary admission to most venues when accompanied by an adult (aged 18+) in possession of ID and a valid ticket for the session. The only exceptions will be events held at the Heydar Aliyev Arena and National Gymnastics Arena, where admission for under-16s will cost just AZN 1.

Mr Simon Clegg, Chief Operating Officer of Baku 2015, said: “I am very proud of our ticketing policy announced today, which will allow us to share the experience of the European Games competitions with the widest possible audience, including families. Baku 2015 is focused on Europe’s athletes and their commitment to sporting excellence, and bringing the inspiration they provide to the public.

“It is also wonderful to mark the beginning of the 100 day countdown by revealing the iconic design of the first European Games medals, and to look forward to the great sporting feats our continent’s sportsmen and women will accomplish here in Baku. We are committed to providing athletes with the perfect stage upon which to shine, and I believe that these marvellous medal designs will provide recognition that is worthy of their efforts.”

Details of admission prices to Baku 2015 European Games competitions and Ceremonies can be found on the new website at www.baku2015.com.