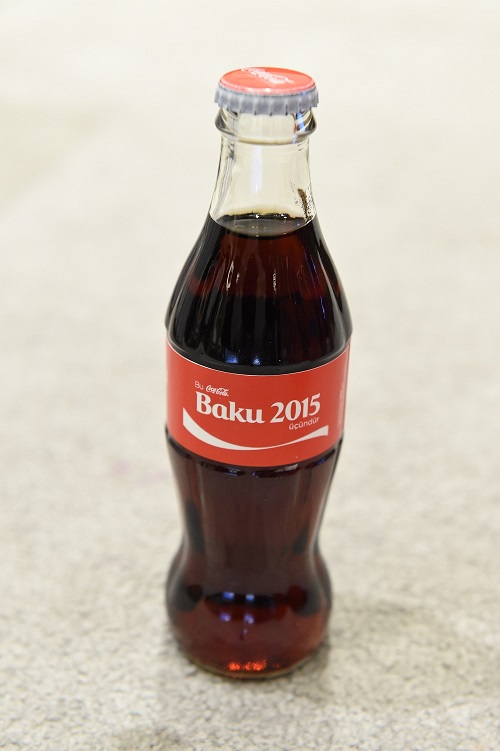 Baku 2015 European Games has today signed an agreement with The Coca-Cola Company to serve as an Official Partner of this summer’s inaugural event.

The deal will see the Baku 2015 brand exclusively displayed on the Company’s Coca-Cola and Bonaqua Water labels throughout Azerbaijan.

Mr Azad Rahimov, Azerbaijan’s Minister of Youth and Sports and Chief Executive Officer of Baku 2015, said: “I am very pleased to confirm Coca-Cola as an Official Partner of the inaugural European Games.

“They are a brand with international recognition and a long association with major multi-sport events which make them a perfect partner for Baku 2015.”

Coca-Cola is the world’s leading manufacturer, marketer and distributor of non-alcoholic beverages, producing more than 500 brands of products in more than 200 countries and serving over 1.9 billion drinks every day.

Ms Galya Frayman Molinas, President of Coca-Cola Turkey, Caucasus and Central Asia Business Unit, said: “We are very proud to be supporting the inaugural European Games, which will soon become one of the international calendar’s leading multi-sport events. 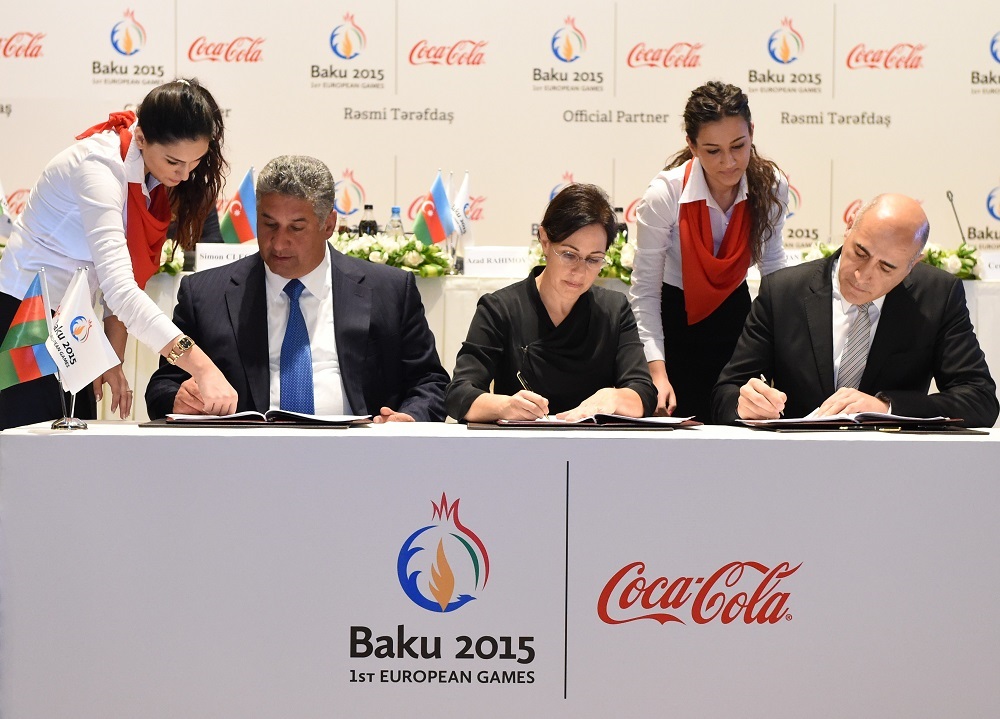 “This is an exciting opportunity to support a new and innovative event that will unite Europe in a celebration of sport and active lifestyle and we are looking forward to developing our relationship with Baku 2015.”

Coca-Cola has a long history of supporting the Olympic Movement, having first sponsored the Olympic Games in Amsterdam in 1928, and every Games since.

“With the help of all our Official Partners and Supporters we will deliver an exceptional event that will engage and excite the entire continent in an historic celebration of sport this summer. 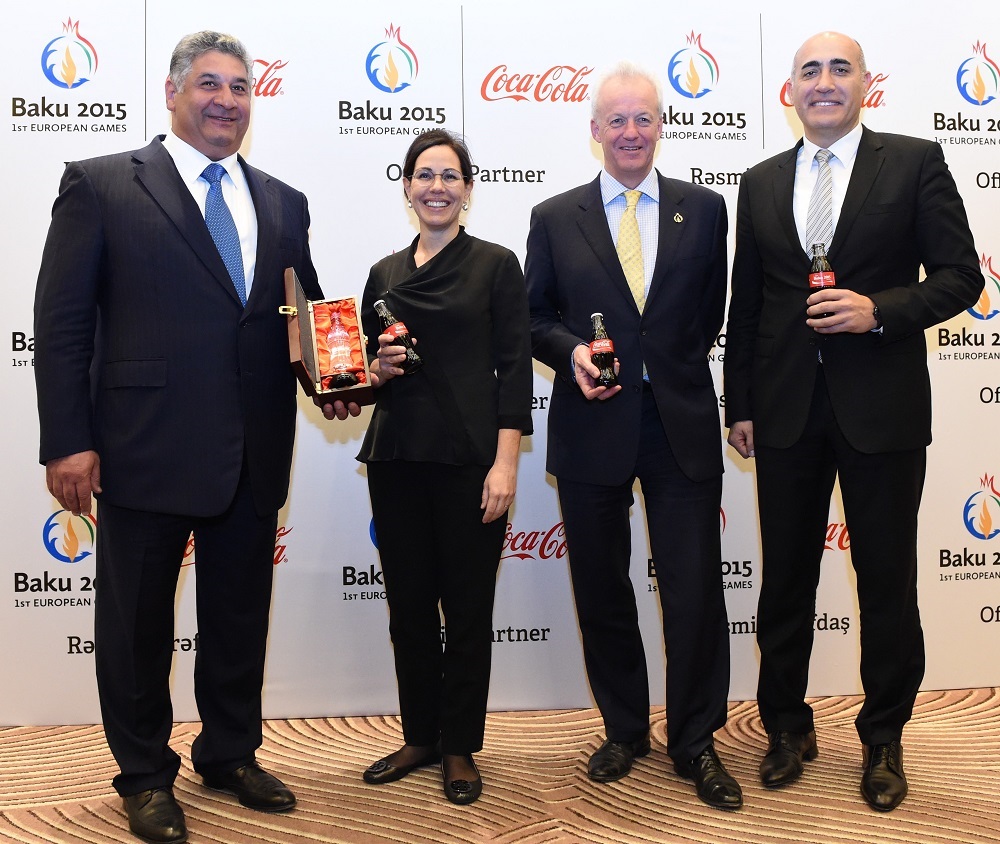 The Company has local operations in more than 200 countries around the world and opened its bottling plant in Azerbaijan in 1994. It provides employment directly and indirectly to more than 2,200 people across the country.