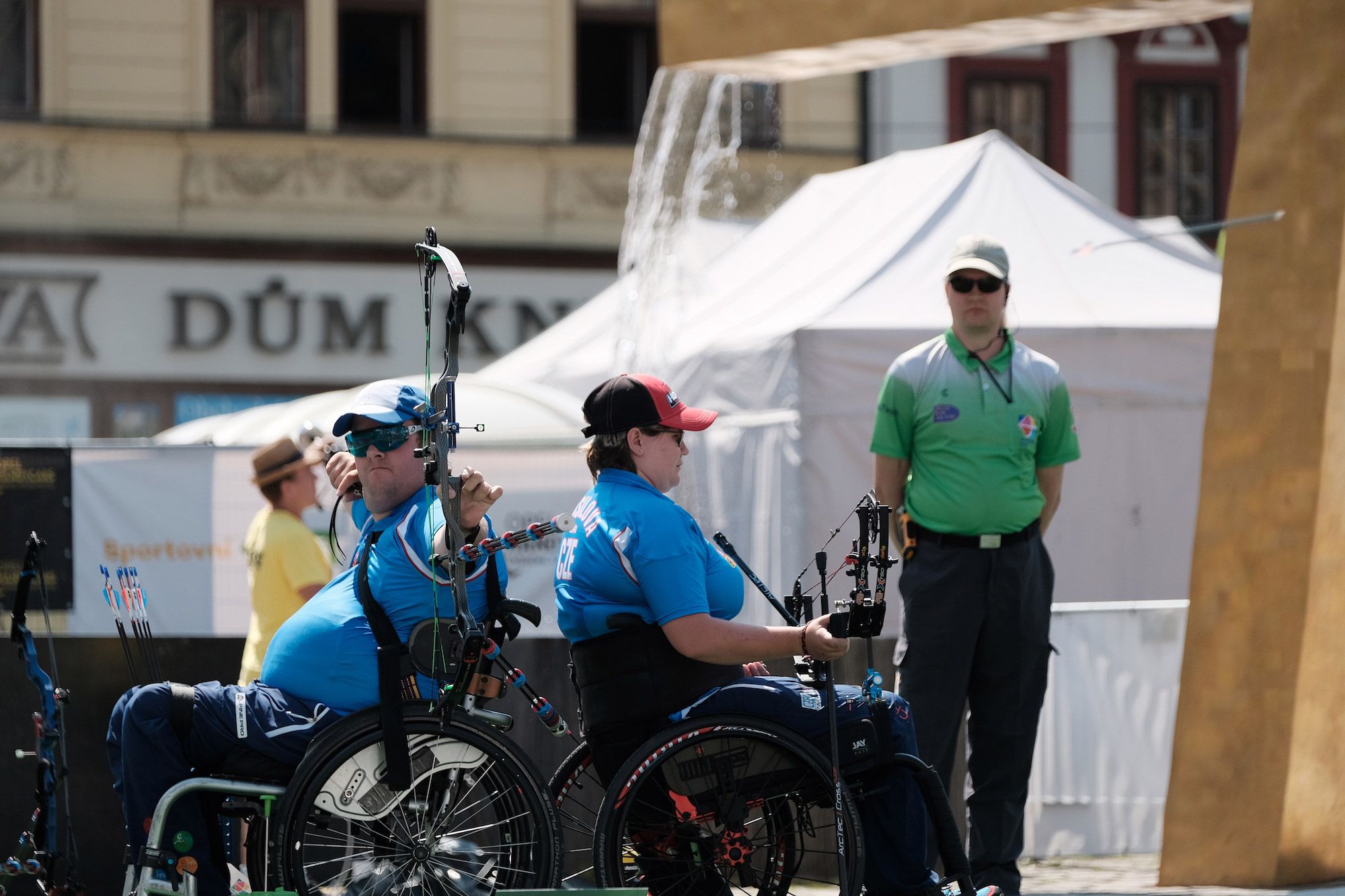 “I was prepared for it and Sarka was excellent today. I just kept doing what everyone was expecting from me – shooting 10s,” said Drahoninsky, laughing. “Seriously, now, it was amazing. I finally felt really good on the field and I can say I’m satisfied with my performance.”

Seeded second behind Great Britain after the ranking round, the pair from the Czech Republic were excellent in the Pilsen arena.

Musilova and Drahoninsky, the bronze medallists at the Rio 2016 Paralympic Games, opened with a 38-point set and had a six-point lead at the halfway point in the match.

“It’s an amazing feeling, especially when you win at home in the Czech Republic, that’s the best. The atmosphere today was incredible… and David really supported me and helped a lot. I think we made a really good team,” said Musilova.

Drahoninsky shoots for the individual men’s W1 gold on the last day of these European Championships.

Both pairs had 150 points after the regulation 16-arrow 50-metre match. Britain scored 19 with the two arrows of the tiebreaker, but Slovakia shot a perfect 20.

“It’s very exciting, it’s my first gold medal from a big tournament, so I’m still shaking from the excitement,” said Diana Pashchenkova. “I was trying to take it casually that we were going to the finals, but once we stepped on the final venue, it was huge.”

“I think we had luck on our side today, but it’s really difficult to control the stress in the shoot-off. It’s a really beautiful place, but it’s a bit different, so we had to adjust a bit today, but we enjoyed that.” Paschenkova was paired with Marcel Pavlik.

Competition will conclude tomorrow, in the city-centre of Pilsen, with all individual finals.