Everything about Para-Archery Championships in Pilsen 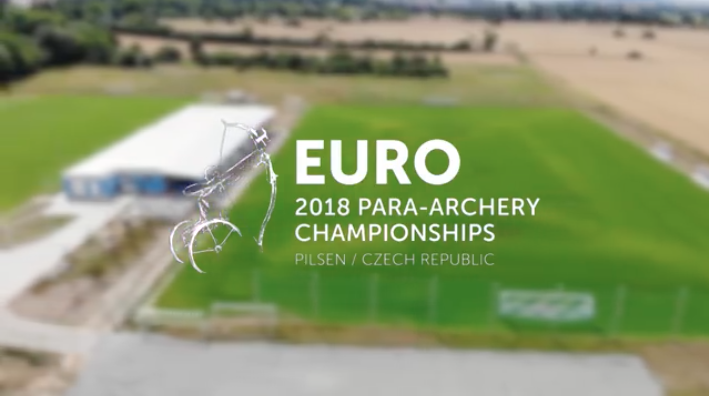 Best European archers are ready for 2018 Para-Archery Titles, in Pilsen.

Another event in this long summer; this will be the 3rd appointment for Para-Archery sector in 2018 season, and again in Czech Republic, after Para-Archery Cups in Olbia (ITA) and Nove Mesto (CZE).

Nations are just arriving in Pilsen for the European Para-Archery Championships, with 17 Continental titles to be assigned.

SCHEDULE – On Monday, August 13, official practice and opening ceremony; on Tuesday, August 14, let’s start with Qualification Rounds on two fields (morning session for CWO, WW1, MW1, RWO, VI1-2/3 and afternoon session for CMO and RMO) with also first matches of individual eliminations. Wednesday 15 is dedicated to Team Eliminations (teams in the morning and mixed teams in the afternoon), than on Thursday 16 all Individual Elimination Rounds. Team Finals will be on Friday 17 while Individual Finals on Saturday 18.

LIVE RESULTS – End-by-end and arrow-by-arrow results will be available on ianseo.net and on dedicated InfoSystem page. In addition Live Twitting Result on WAE twitter profile (@archeryeurope), starting from elimination rounds.

LIVE STREAMING – There will be Live Streaming of Finals (on Friday and Saturday) on WAE Youtube Channel (more info to come).

PHOTOGALLERY – Here the official photogallery of the event, with day-by-day updates.

LOCATION – Plzeň, also called Pilsen in English and German, is a city in the Czech Republic, about 90 kilometres (56 miles) west of Prague in western Bohemia, and it is the fourth most populous city.

The city is also known worldwide for Pilsner beer, created by Bavarian brewer Josef Groll there in 1842.

Discover more about the city.

WEATHER – Not so bad weather is expected all the week; here weather forecast for entire event.