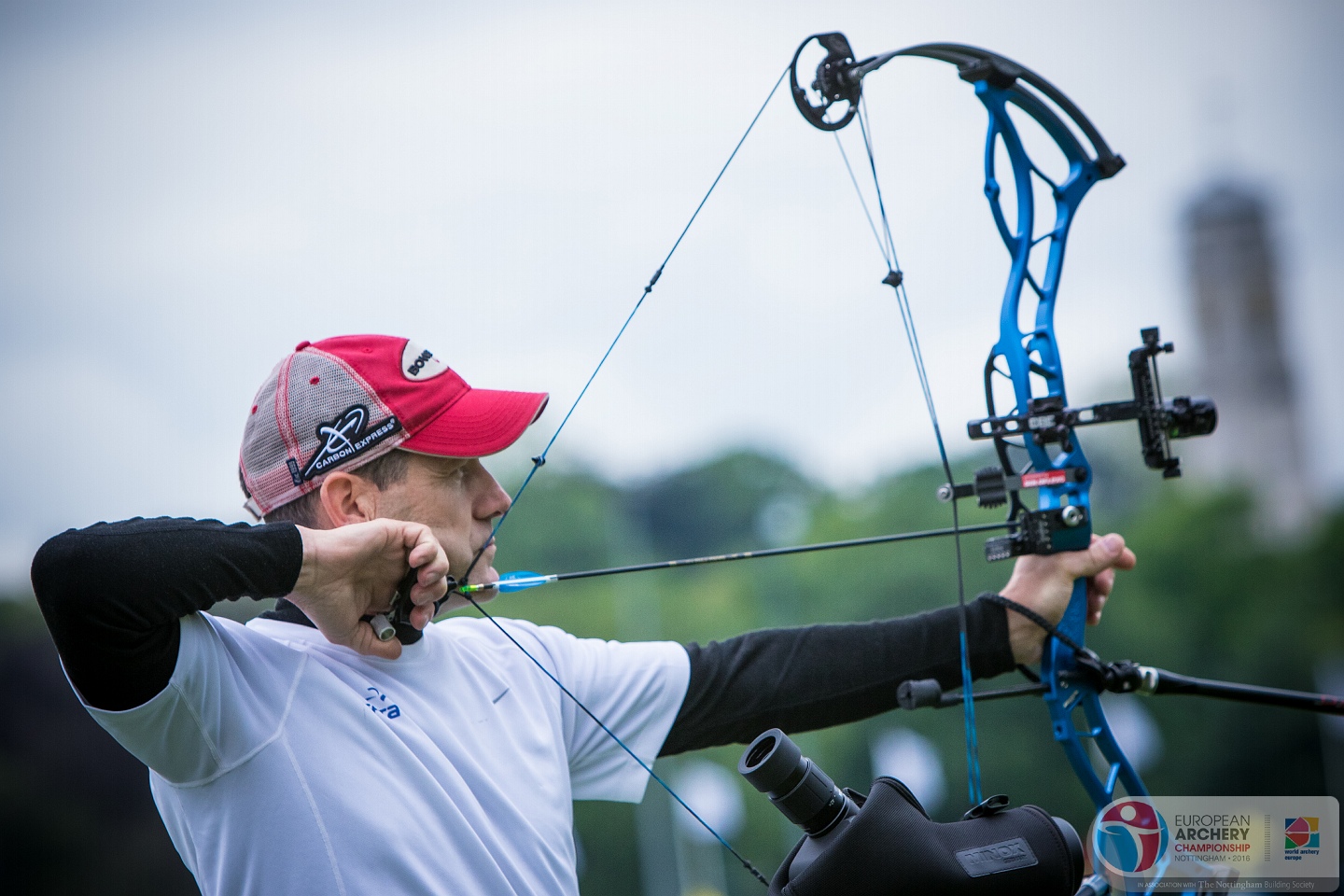 Today during the Mixed Team Eliminations, Turkey and France both broke the European matchplay record in Compound Competition (1/8-finals).

France beated Great Britain, then out at 1/4s against Spain. For Turkey, victory against Belgium than out of the competition (also at 1/4s) against Denmark.

“I feel good shooting with Dominique. We shot together at the World Archery Championships in Copenhagen and we won silver. We do well together and that’s proved by the record today.” Amelie Sancenot

“Every time I shoot when Amelie I remember our final match in Copenhagen. I feel comfortable with her as I feel I’m shooting with family. It’s nice to beat the record.” Dominique Genet

“We shot great together today. Before the competition started, we talked and decided we wanted to shoot more than 158, which is a score we had shoot before. So it’s good we made 159 especially because Emre shot a 9!” (Lausghs) Yesim Bostan

“We wanted to improve our 158 points. It was easy to shoot it as we were focused and we knew what we wanted to achieve.” Emre Comez

The Previous record, of 158 points, was set 3 times in the same event: at European Archery Championships in Amsterdam (NED) in May 2012 by Italian Team (Tonioli, Pagni), Netherlands (Elzinga, Van Caspel) and Russia (Kozhin, Loginova).

One point more is enough for the new record, after “only” 4 years.