Nottingham 2016: from Robin Hood till Rio 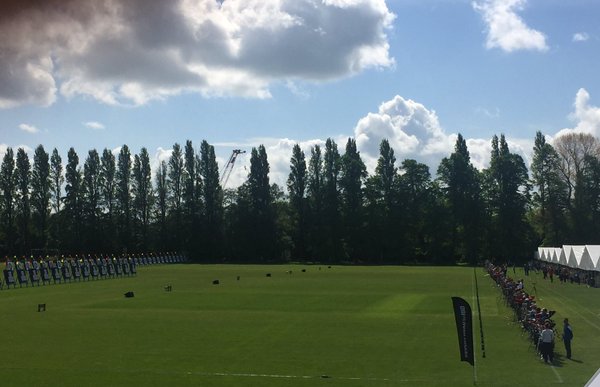 Everything is set in Nottingham (GBR) for the 24th European Outdoor Championships 2016 and Continental Quota Tournament for Olympic Games – Rio 2016.

One week of great show in the land of Robin Hood and the English Home of archery. The Championship is the second to be held in Great Britain, the last taking place in the historic town of Stoneleigh, Coventry in 1978.

Official practice, opening ceremony and qualifications for the Championship will take place at The University of Nottingham’s Highfields playing fields (23-27 May) and will be non-ticketed for general public. The final will be hosted in the heart of the City in Nottingham’s historic Old Market Square (28-29 May). The final will be held in front of the iconic Grade ll listed building of Nottingham Council House, home to many high profile occasions.

You can buy your tickets for the finals here.

Unofficial practice has already started in Nottingham, during the 15th WAE Elective Congress, as 295 archers from 44 countries gear up for the European Archery Championship. And it promises to be a thriller!

Of those 44 countries, 40 will be competing to win places at the Rio Olympics during the Continental Quota Tournament, which runs from Thursday afternoon and all through Friday. So the rivalry will be fierce.

6 individual spots are available during the Quota Tournament: 3 for men and 3 for women.

Compound fans are in for a treat too as some of the sport’s top names go head-to-head to prove they are the best in Europe.

1. LIVE Results, thanks to Ianseo Team: