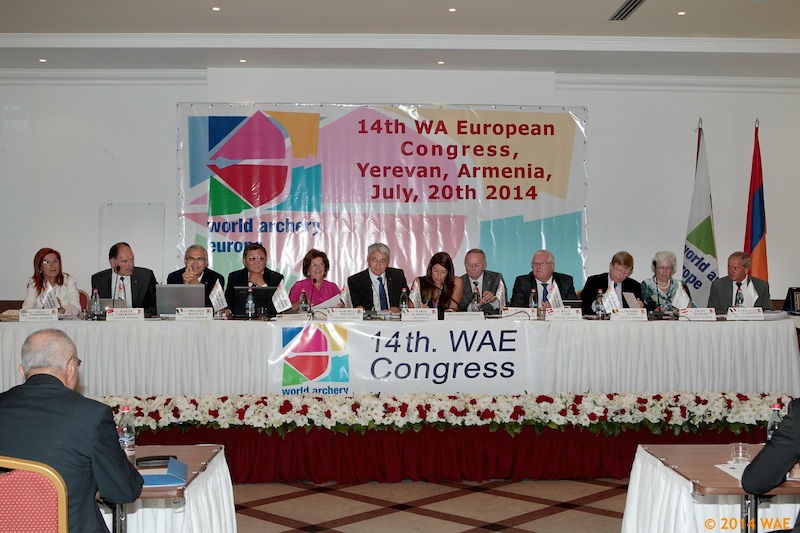 The 14th WAE Congress was held on 20 July 2014 in Yerevan (Armenia), at the eve of the XXI European Archery Championships.

Delegates of 35 countries were attending the Congress and it was a fruitful Congress.

The WAE President Mario Scarzella was re-elected as President with 34 votes, reflecting the support of the Member Associations to his management. Hakan Cakiroglu (TUR) was elected as Vice President. Philippe Bouclet (FRA) was re-confirmed as Executive Board member and Sabrina Steffens (GER) and Daniel Pavlov (BUL) will join him as new members of the Executive Board.

Also the Secretary General, Marinella Pisciotti (ITA), and the Chairman of the Finance Board, Christian Laforest (FRA) were re-confirmed.

Furthermore, the delegates approved the motion to have the European Para Archery Championships every 2 years in even years. Such a motion will come into effect immediately, from 20 July 2014. 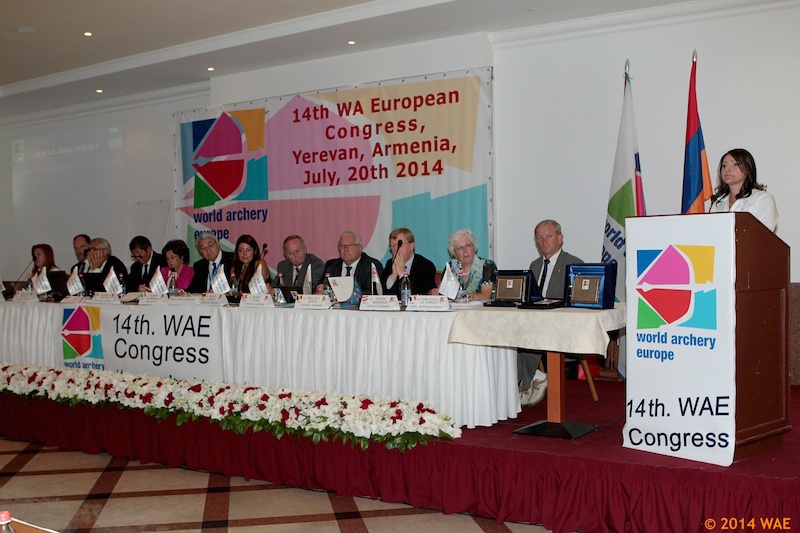 Klaus Lindau retired from his position of WAE Vice Preident and the Congress with a warm applause awarded him with the title of Honorary Vice President of World Archery Europe. The President Mario Scarzella gave him a plaquette from WAE for his exceptional lifetime services to archery.

A other award was given to Irena Rosa for her work towards promotion and development of archery and for her contribution to the growing success of the young archers.

A special award was awarded to the President of World Archery, Prof. Dr. Ugur Erdener, for his great energy he always spends and deserves for the development of archery in the world.

This is the new Executive Board: