President of the Armenian Republic at the Opening Ceremony 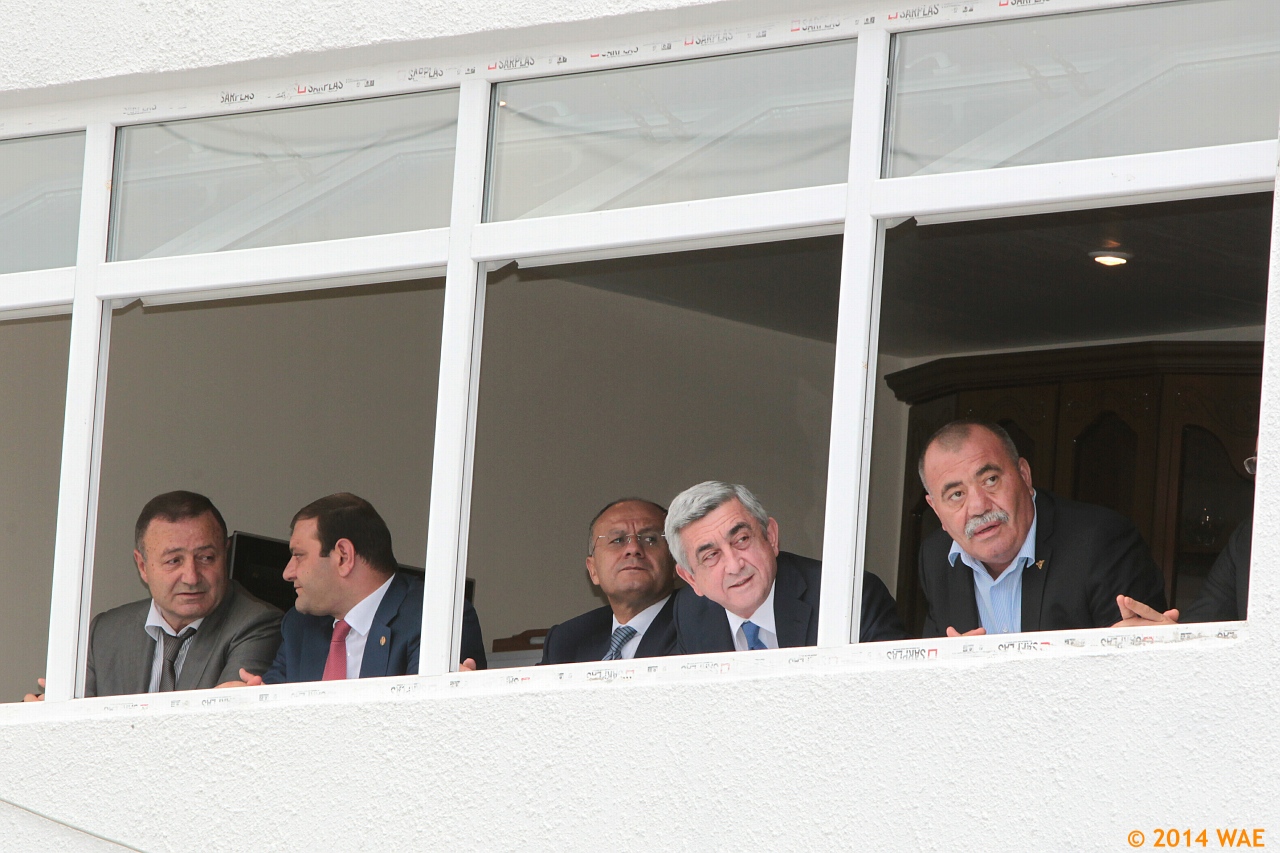 The Opening Ceremony of the XXI European Championships was held in Echmiadzin (ARM), at the presence of the President of the Republic of Armenia, Mr Serzh Sargsyan.

The Minister of the Sport and Youth also attended the Ceremony. He expressed the satisfaction of Armenia for having the occasion to host a European event, which represents an important goal for the Armenian sportive organization and for the Armenian Archery Federation in particular. Many other notable authorities such as the the General Manvel Grigoryan, the Minister of Defence, the Major of the town of Yerevan, the Vice President of the Armenian Olympic Committee were in attendance.

The World Archery President, Prof. Dr. Ugur Erdener, joined us in Armenia on purpose to participate to the Opening Ceremony, and to greet all our athletes wishing them a successful Championships that will ensure the development and the growth of Archery in Armenia.

At the conclusion, the President of World Archery Europe, Mr Mario Scarzella, in his opening speech, thanked  the President of the Archery Federation of Armenia, Mrs Nazik Amiryan, for all the efforts made in order to organize such a relevant competition, which acquires a particular importance because it is also a Continental Quota Tournament for the first European Games in Baku 2015.