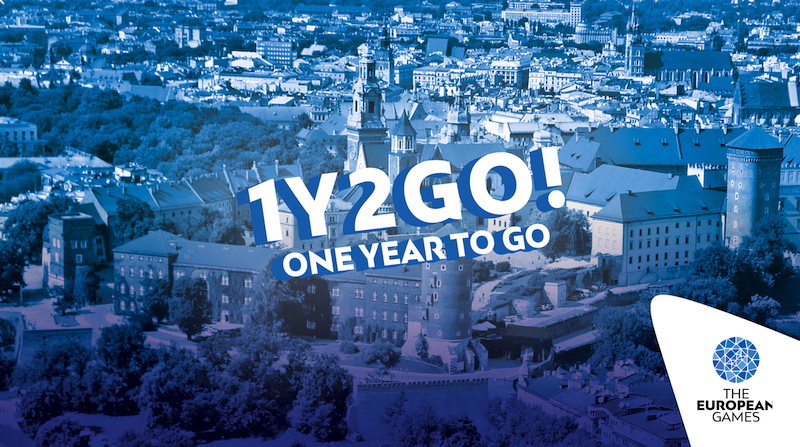 The EOC has marked one year to go until the start of the 3rd edition of the European Games Kraków-Małopolska 2023, which will be held in Poland from 21 June to 2 July 2023.

With one year to go, the EOC has released the provisional event schedule, which can be found here. The Games will feature the best athletes from 18 Olympic sports, who will be seeking Olympic qualification and European titles, with gender equality set to be achieved.
Meanwhile, the non-Olympic sports on the programme will bring a fresh and dynamic element to the Games, helping attract a new and younger audience. See the full list of sports on the programme here.

This represents the latest milestone in the organisation of the Games after the signing of the Host City and Region Contract for the 2023 edition with the City of Kraków, the Małopolska Region, the Polish Olympic Committee, and the local Organising Committee last month, and the announcement of the European Games 2023 Coordination Commission last week.

Next year’s edition will mark the first European Games that is hosted without any new permanent venues, with Poland using the world-class existing venues in Kraków and the regions of Małopolska, Śląsk and lower Śląsk for the 18 Olympic sports and the additional non-Olympic sports on the programme. In addition to this, a small number of temporary venues will be used.

Sustainability is central of all aspects of the Games, and in addition to the venue plan, there will be initiatives across transport, operations, waste management and much more to ensure carbon emissions are kept to a minimum. Carbon offsetting plans are also in place to ensure that the Games achieve carbon neutrality.

The European Games will be held with the application of the highest standard of good governance, including management of the anti-doping programme by the International Testing Agency in line with the EOC’s signatory status of the World Anti-Doping Agency.
EOC President Spyros Capralos said, “We are very excited to be entering the final year of preparations for the third edition of the European Games. Despite the challenges that we have faced, I have complete confidence that this will set a new benchmark for Europe’s premier multisport event. The Games will showcase the integral role of sport in promoting peace and unity, whilst being an example to future host cities who can carry this legacy long into the future.”

European Games 2023 Coordination Commission Chair and EOC Executive Committee member Hasan Arat added, “We are fast approaching the third edition of the European Games but our great friends in Poland are well prepared and set up for success. They have worked exceptionally hard to reach the point they are at, and they are right on track to deliver an event that will be memorable not just in Poland, but across Europe.”

Polish Olympic Committee President and EOC Executive Committee member Andrzej Kraśnicki commented, “This is the perfect opportunity for Poland to show the world that it can stage the biggest sporting events whilst capitalising on the wider societal benefits they bring. We cannot wait to welcome the best athletes from across Europe for a celebration of sport and friendship.”