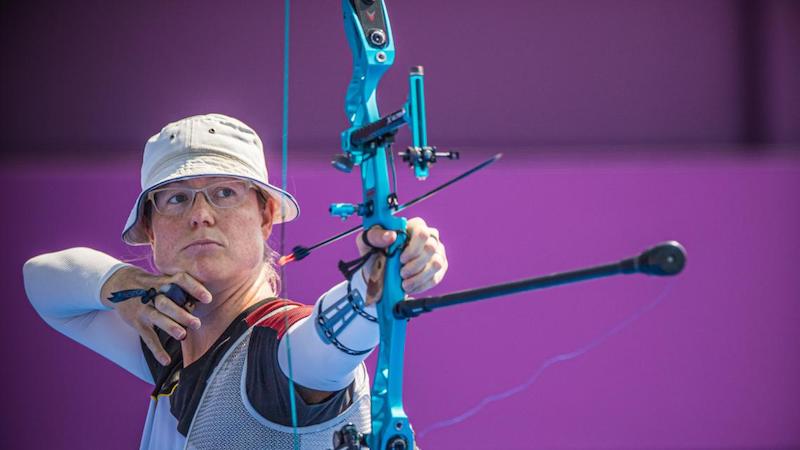 Germany’s Lisa Unruh has announced her retirement from international competition through the DSB.de website.

The two-time Olympic medallist, who had previously said she was taking a break for the 2022 season, goes out on top as the reigning Hyundai Archery World Cup Champion and is still ranked as the number 16 recurve woman in the world.

It’s very difficult for me to let go. It’s my life. There can’t really be a better ending.

The 34-year-old from Berlin, who has captained the German recurve women for a decade, was runner-up at the Rio 2016 Olympic Games and then, last year, won team bronze with Michelle Kroppen and Charline Schwarz at Tokyo 2020.

She informed German head coach Oliver Haidn of the decision to make this year’s hiatus permanent on the last day of the recent European Championships in Munich.

“Lisa has shaped German archery in the last decade like no other athlete. We are lucky to have had her on the team,” said Haidn.

“In my opinion, it’s also the right time for her to start a new phase of life,” Haidn continued. “After all, she is leaving the international scene as a top athlete after winning the Olympic bronze and the World Cup Final. Personally, I wish her all the best.”

That next phase will be in employment as a police commissioner in Kienbaum.

Unruh didn’t close the door on archery completely, however, saying she intends to continue practising recreationally, potentially competing indoors and, one day, moving into coaching.

She leaves behind a German squad that is delivering results at an unprecedented level.

With Unruh replaced by Katharina Bauer in the top line-up, Germany’s recurve women have podiumed three times in three events this season, winning two silvers on the Hyundai Archery World Cup circuit and the European title.

In the meantime, Lisa has been contributing her expert opinions to World Archery’s pre-event predictions – including ahead of next week’s third stage of the Hyundai Archery World Cup in Paris.