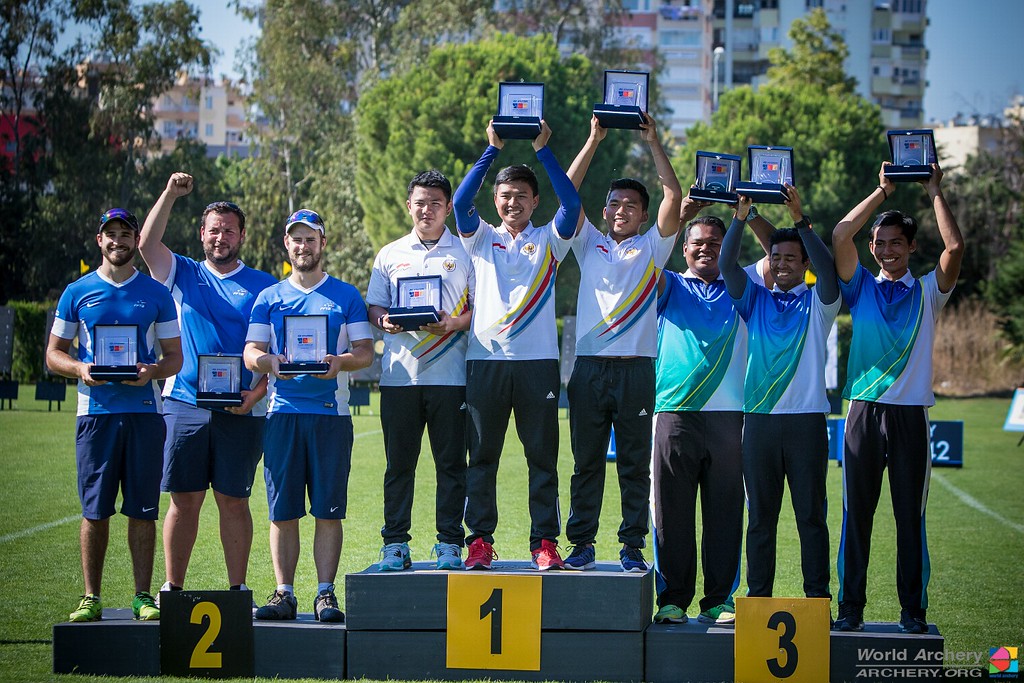 Twelve men’s and 12 women’s team compete at the Rio 2016 Olympic Games. Eight were picked at the initial qualification tournament in Copenhagen in 2015 and one is assigned to the host nation, Brazil.

The final three were available to teams at the Final Qualification Tournament held as part of the Antalya 2016 Hyundai Archery World Cup.

The Mexican team was upset in the first round by Canada – then top-ranked India lost, in a shoot-off, to Malaysia in the quarterfinals. The Canadian trio couldn’t do the same to France, who beat them in four sets then secured that side of the bracket and a ticket to Rio with a win over Germany in the semifinals.

Estonia almost made a Cinderella run at an Olympic space. The Estonian team shocked Germany, seeded first, in a first-round shoot-off before beating Great Britain in straight sets in the quarters. A semifinal with Ukraine went the opponent’s way, however, and Ukraine secured the first Olympic team space.

Italy confirmed that the team that won the space – Guendalina Sartori,Claudia Mandia and Lucilla Boari – would be Olympic team. 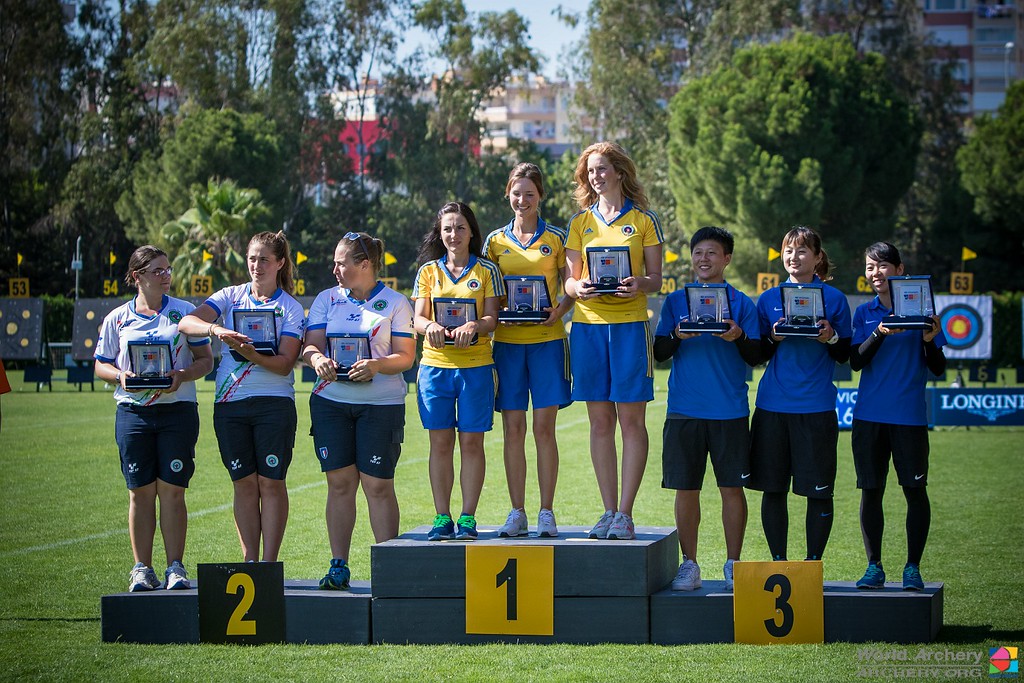