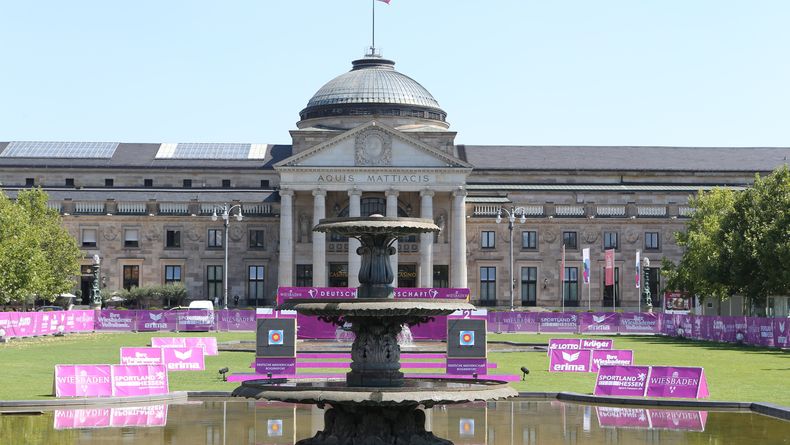 ParaArchery Cup 2019 will close in Wiesbaden.

After three years of the ParaArchery Cup, World Archery Europe, supported by German Archery Federation, has a new event to celebrate best European ParaArchery athletes of the year.

Archers will take part only in the Individual and Mixed Team competition, in a 2-days event, starting from semifinals till gold medal matches.

There will be Live Streaming of Finals (Sunday) HERE.

Wiesbaden is a city in central-western Germany and the capital of the federal state of Hesse. As of January 2018, it had 289,544 inhabitants, plus approximately 19,000 United States citizens (mostly associated with the United States Army). The Wiesbaden urban area is home to approx. 560,000 people.

The city, together with nearby Frankfurt am Main, Darmstadt, and Mainz, is part of the Frankfurt Rhine Main Region, a metropolitan area with a combined population of about 5.8 million people.

Wiesbaden is one of the oldest spa towns in Europe. Its name translates to “meadow baths”, a reference to its famed hot springs. It is also internationally famous for its architecture and climate—it is also called the “Nice of the North” in reference to the city in France.