Field and Target champions at European Masters Games in Turin 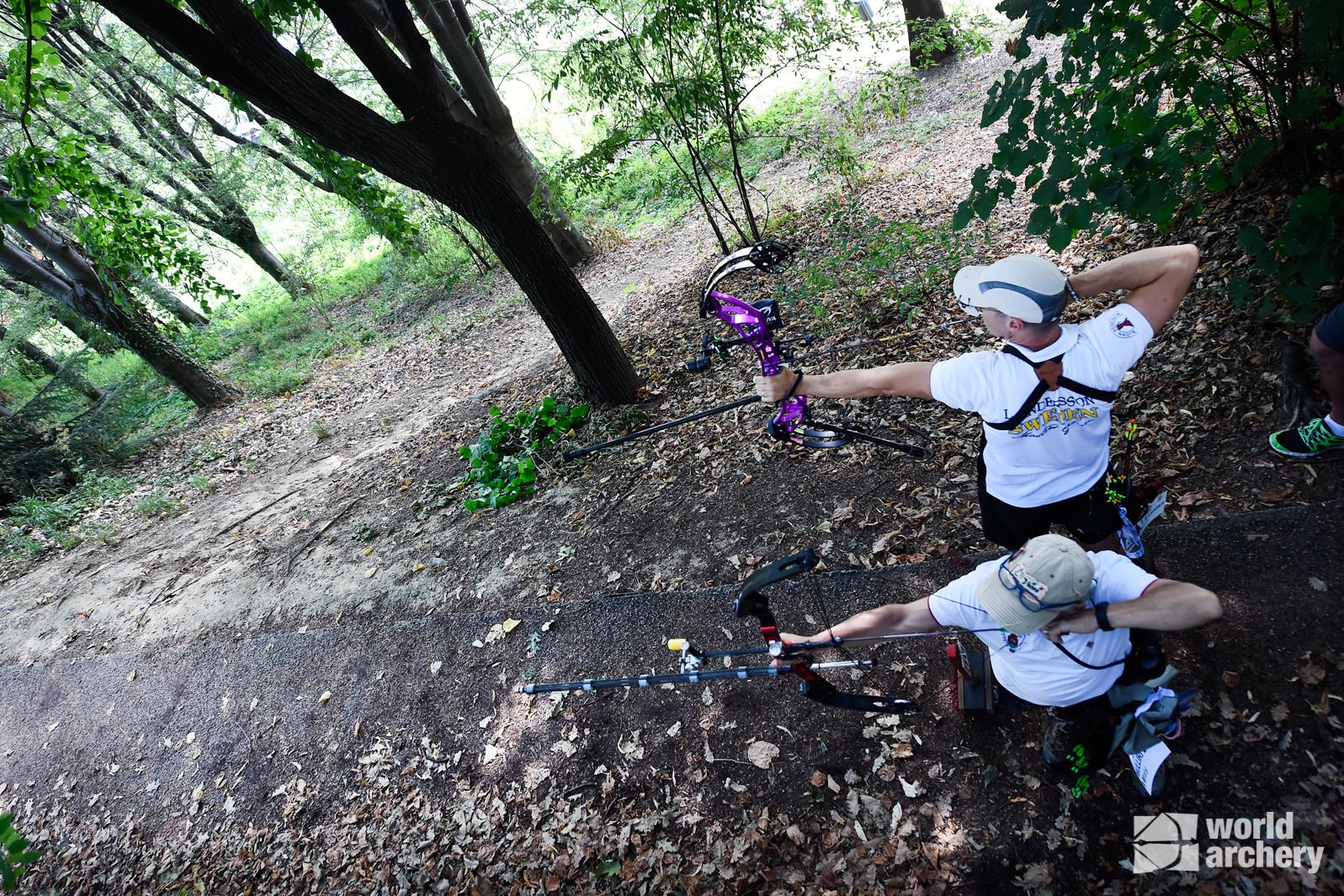 The first archery medals of the 2019 European Masters Games were awarded on 1 August at the field archery course set around the Castle of Rivoli to the west of Torino.

“It’s a very nice event and it was a very, very nice match. Jocelyn shot very well,” said Matteo. “I was one point down after two ends and then I was able to rise up so I am very happy. I was training for this medal, so I’m very happy.”

The four-target semifinals course was tough, with all shots set uphill, and while the final four targets were flat, archers‘ nerves set in.

“One of my release aids went off prematurely and I hit the wall but I didn’t lose any arrows, only one here, but I was very nervous,” said James Conroy.

He is also a two-time Olympian, having represented Ireland at the Games in Montreal in 1976 and Moscow in 1980.

“Maybe I should have shot more competitions and then I wouldn’t be so nervous,” said the 76-year-old. “I wasn’t as nervous at the Olympic Games.”

The medal matches were recorded and streamed by the Italian federation. The dramatic setting made for a larger stage than many of the masters athletes were used to when competing.

“I had friends that had been around the field and I’d heard there were cameras,” said Peter Webb, who upset top seed and top recurve men’s scorer Adolf Mohr to eventually win gold in the 50+ event.

Below is the full list of gold medallists in the field archery competitions at Torino 2019.

The target archery finals were held next to the Olympic stadium in the centre of the city.

Competition at the open-entry multisport event starts at the age of 30 – and there is no upper limit. The Masters Games aim to promote the benefit of competitive sport among older people.

“The competition shows how strong the archer is in terms of character because only the toughest ones, the ones that never give up, eventually win – and it doesn’t matter how long they have practised the sport,” said Monica Finessi, who added a gold medal in the compound women’s 50+ event to her gold from the field competition.

“Of course, I am delighted to have won twice but at the Masters Games, the real winner is sport because you see the passion in archers regardless of their level.”

Many of the athletes that competed at these European Masters Games, which are not restricted to only archers from Europe but open worldwide, also took part in the first World Archery Masters Championships in Lausanne in 2018.

France’s Bruno Herve took gold in the target and silver in the field competitions at those worlds. In Torino, he won both events.

“I really have a lot of emotions about winning the two medals,” he said. “Everything was fantastic here – starting from the organisation and ending with the atmosphere that was on the field of play.”

There was a huge range of abilities and experience among the athletes in Torino. Olympic gold medals, long-time archers and later-life starters all shot on the same field.

Belgium’s Chrystelle Cimetta was the only para-athlete at the tournament to take a medal. She beat Kateryna Palekha of Ukraine in the final of the compound women’s 30+ event, 139-137.

“I’m excited and really proud of myself because this is my first international medal,” said Chrystelle. “I started shooting six years ago and I’m now a member of the national para archery team. I was in Den Bosch [for the worlds] and Nove Mesto but I didn’t win anything. So this victory means a lot to me.”

The recurve men’s 70+ gold medal match between Belgium’s Etienne Heyvart and Lithuania’s Sigitas Reciuga Romauldas was nothing less than a thriller.

Shooting a 60-metre set system final, Sigitas rallied from a 4-0 deficit to tie the match. Both he and Etienne shot 26 points to split the last set – and force a tiebreak.

The pair shot 10s with their first arrows of the shoot-off, meaning a re-shoot under the current rules. Etienne followed up with a second 10 to beat Sigitas’ eight and – finally – take the gold medal.

Trailing by two points with two ends to go in the 15-arrow 50-metre match, she landed six straight 10s to flip the advantage and take the gold medal ahead of Sweden’s Annelie Andersson, 141-140.

The next major dedicated events for masters archers are the 2020 Pan American Masters Games in Rio de Janeiro, Brazil and the 2021 World Masters Games in Kansai, Japan. The latter, which will include indoor and outdoor events on 15-18 May, will also award World Archery Masters Champion titles in the 50+ age group.

Masters events are open entry and athletes do not have to be a member of a national team or from the respective region of the event to register. 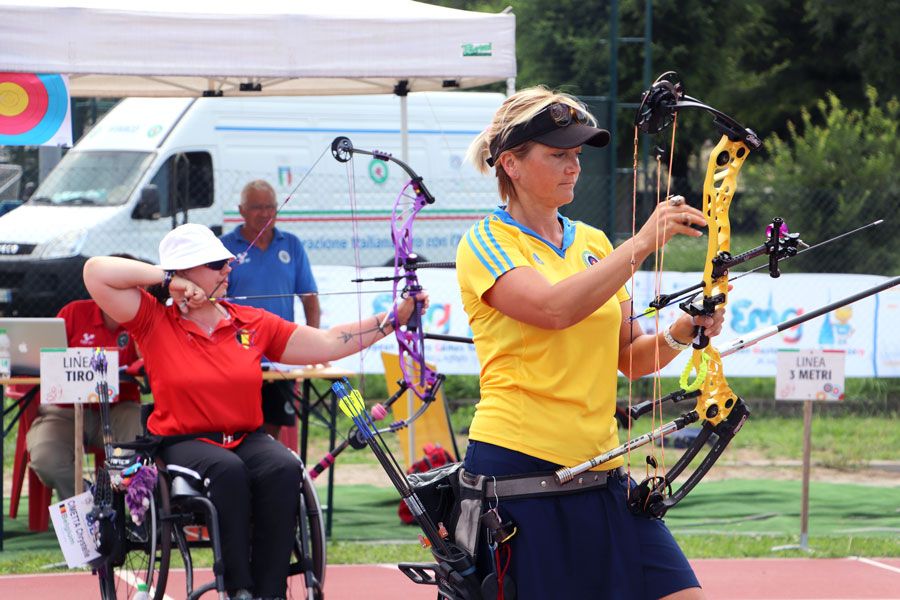