The upcoming season of the Indoor Archery World Series, the international mass-participation circuit running from November to February, will combine both online and smaller live events in a change from the usual format due to the ongoing COVID-19 pandemic.

Starting in November, archers around the world will be able to participate in a free monthly online event, shooting at their clubs, in local tournaments or from home ranges.

Scores will be collected live or delayed through the Ianseo Scorekeeper application. These results will contribute to the series’ open ranking. There will be no individual elite ranking for 2021 – however, an updated version of the team event will run.

Teams will have to shoot their scores at competitions registered in the World Archery calendar, there will be a small entry fee and prize money, and the winners will be decided in a live, remote final – broadcast across World Archery’s digital platforms – held in late February 2021.

National federations will be encouraged to run live tournaments during each weekend of the online event so that, where possible, archers can compete in an official setting.

“Harnessing that ingenuity and everyone’s enthusiasm to return to competition, we aim to bring our worldwide community together this winter in the largest online archery event ever held.”

Attached the official rules for the series.

Each archer’s best three 60-arrow 18-metre qualification scores over the series will be used to list an open ranking. Every participant will receive an online certificate with their final raking position when the series is complete.

There will be rankings for men and women in recurve, compound and barebow categories. Age groups will not be split.

All that’s required for an archer to submit a score is an 18-metre range (indoor or outdoors) and a 40cm target face (vertical or triangular triple-spot or single-spot). There will be no charge to participate.

Registration for each online event will start in early November through OpenWAREOS. Scores will be submitted each weekend through the Ianseo Scorekeeper mobile application (available for Android and iOS).

Scores shot at any of the tournaments registered in the World Archery calendar (and eligible for world records) will be automatically approved as long as the event complies with the rules and publishes an official results list. Archers at official tournaments will still need to submit their scores through the mobile application.

Scores can also be shot at clubs, private ranges or at home (if it’s a safe place to shoot!). But archers that shoot at these unofficial venues will have to submit a photo of their target face(s) and scoresheet signed by two witnesses. 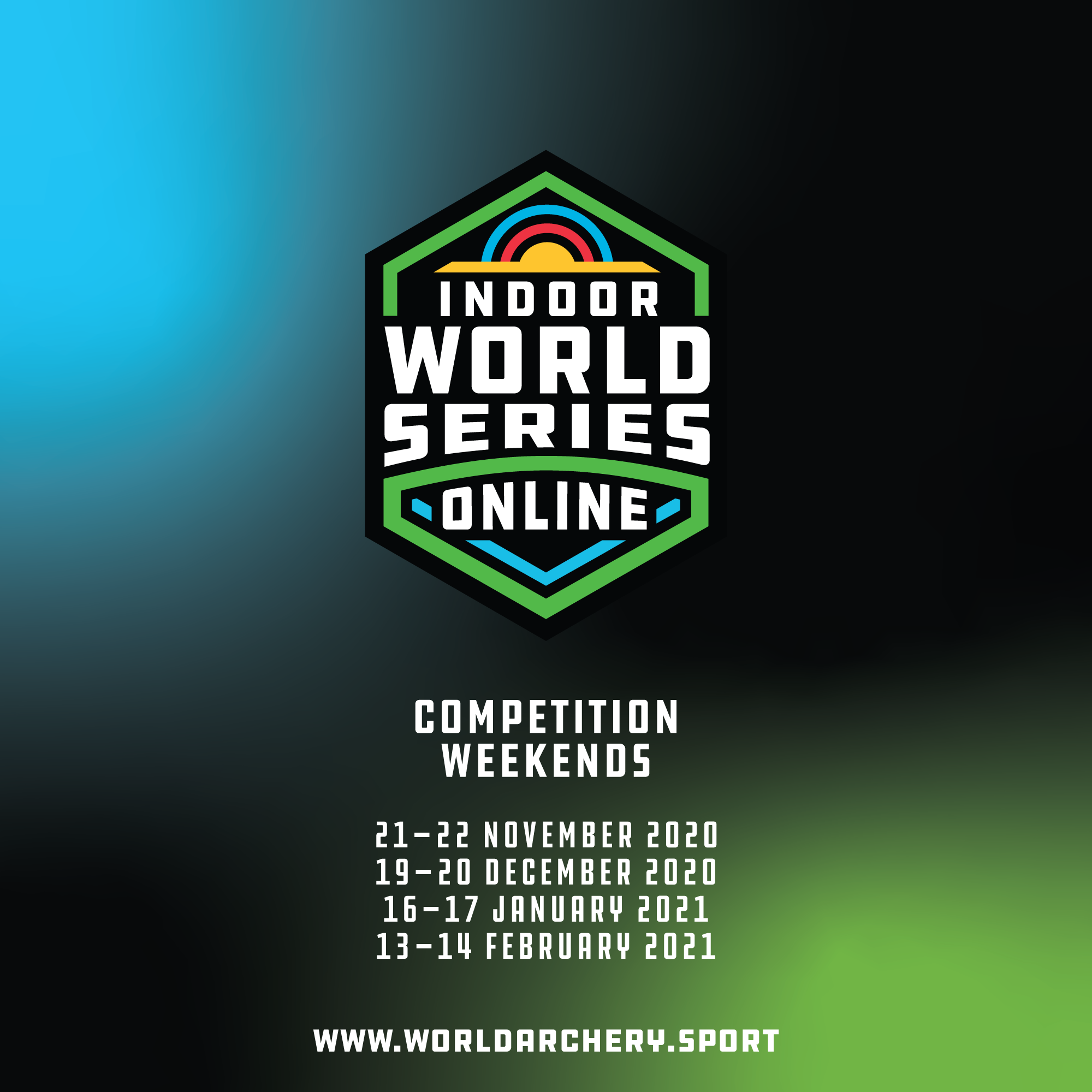 Recurve and compound teams of three archers, which must include at least one man and one woman, will be ranked on their best three combined ranking round scores. Teams can come from clubs, national squads, companies or independent groups.

Teams do not have to shoot at the same location but each archer does have to shoot their score at an official tournament for it to be counted.

The four highest-ranked teams at the end of the series will be invited to compete in the team-only 2021 Indoor Archery World Series Finals. The event will be held remotely, using a new and exciting set of rules, and teams must be able to compete in one location to participate.

One team entry costs 60 CHF and is already available to purchase online.

World Archery is guaranteeing a minimum prize fund of 5000 CHF per team event for the 2021 Indoor Archery World Series.

None of the traditional live stages of the Indoor Archery World Series will be held in 2020 however the World Archery Excellence Centre in Lausanne (Switzerland) intends to host an open competition in November and invitational event in December.

As of 18 October 2020, the Nimes Tournament and Vegas Shoot are currently scheduled to take place in early 2021.

Each competition will host live finals for broadcast.

The restrictions surrounding public gatherings and sporting competitions continue to change regularly and are not consistent between countries. Whether a scheduled live event takes place is ultimately dependent on local authorities and will be the decision of the organisers. Any event that does run will comply fully with local health regulations.

Any schedule change will be announced through the World Archery website.

Whether it’s at home, a local club, a registered tournament or one of the official live events, the 2021 Indoor Archery World Series is the competition destination for archers worldwide this winter (in the northern hemisphere of course).