The 22-year-old beat veteran Italian Mauro Nespoli in a five-set final, delivering back-to-back 10s with his final arrows to secure the victory.

I’m feeling great. It’s amazing to be here, it’s amazing to have a gold medal at the Olympics. After 2016, after Rio, I promised myself I would be Olympic Champion next time in Tokyo. I worked really hard, I did all the things necessary to be here, to be on top of the podium, and I’m really happy to be able to win this medal. 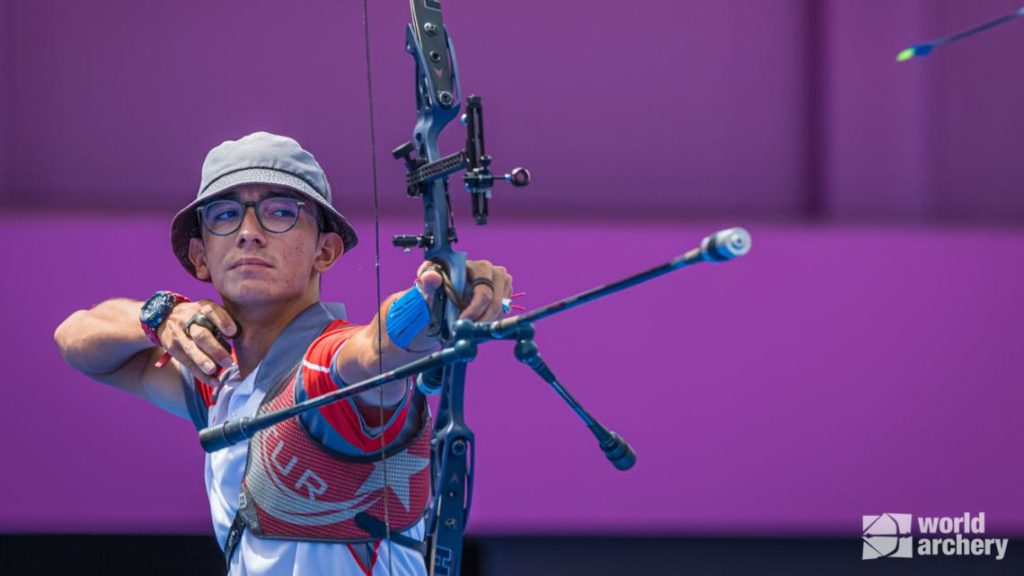 Mete qualified 10th in Tokyo and beat a who’s who of veterans on the road to the individual title.

On finals day, he beat world number one Brady Ellison in the quarterfinals and then Takaharu Furukawa in the semis. For the most part, Mete still looked composed. It was then that you could feel that the win was truly on.

Awaiting Gazoz in the final was a four-time Olympian and two-time Olympic team medallist, including a gold from London, Mauro Nespoli… the Nesp.

Mete started slowly and was quickly behind. But after a wayward third set from Mauro, the pair were tied. Both shot 29s in the fourth – and the Olympic final would be decided by just one set… just three arrows.

On the right side of the arena, shooting first, Mete put down a nine.

Mauro followed with an eight.

Mete shot a 10 with his second – and Mauro matched.

One last arrow in the middle would win it for Gazoz. And that last arrow was beautiful. With his trademark twist from the hips, Mete raised his long arms to deliver one final shot at these Olympic Games.

“I did that shot at the field every day,” he said.

It landed. Mete Gazoz was Olympic Champion. Years of hard work – all that bubbling potential. 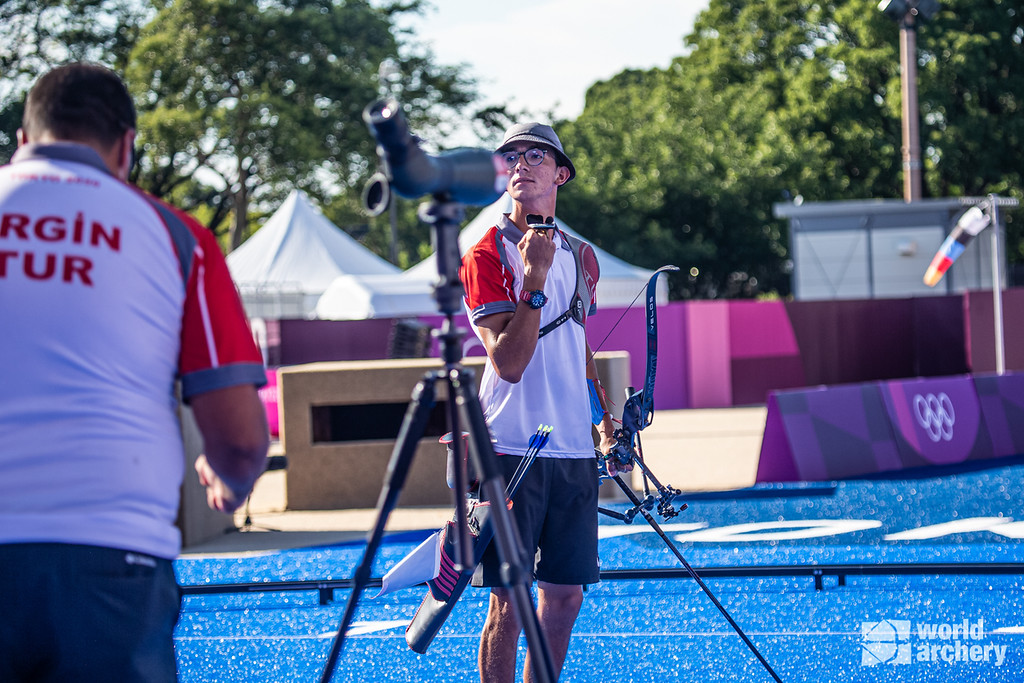 Turkey had never taken a medal of any colour in the archery competitions at the Olympic Games before. Mete and Yasemin Anagoz came agonisingly close earlier this week, finishing fourth in the mixed team competition.

“We’ve waited 100 years for this,” said Goktug, the Turkish head coach, emotion dripping from his face.

Mauro’s silver is Italy’s third individual podium in the sport.

I’m really happy to have won the silver, because I don’t feel like I lost the gold. The level has always been higher match by match and I am satisfied with how I managed the tension. For this, I congratulate myself on what I was able to do.

Takaharu Furukawa, who beat Tang Chih-Chun of Chinese Taipei in the bronze medal match, collected his second medal of these Games in Tokyo and the third Olympic podium of his career. (He was runner-up at London 2012.)

The archery competitions at the Tokyo 2020 Olympic Games are now complete… Already waiting for Paris 2024.

Article by World Archery and Fitarco