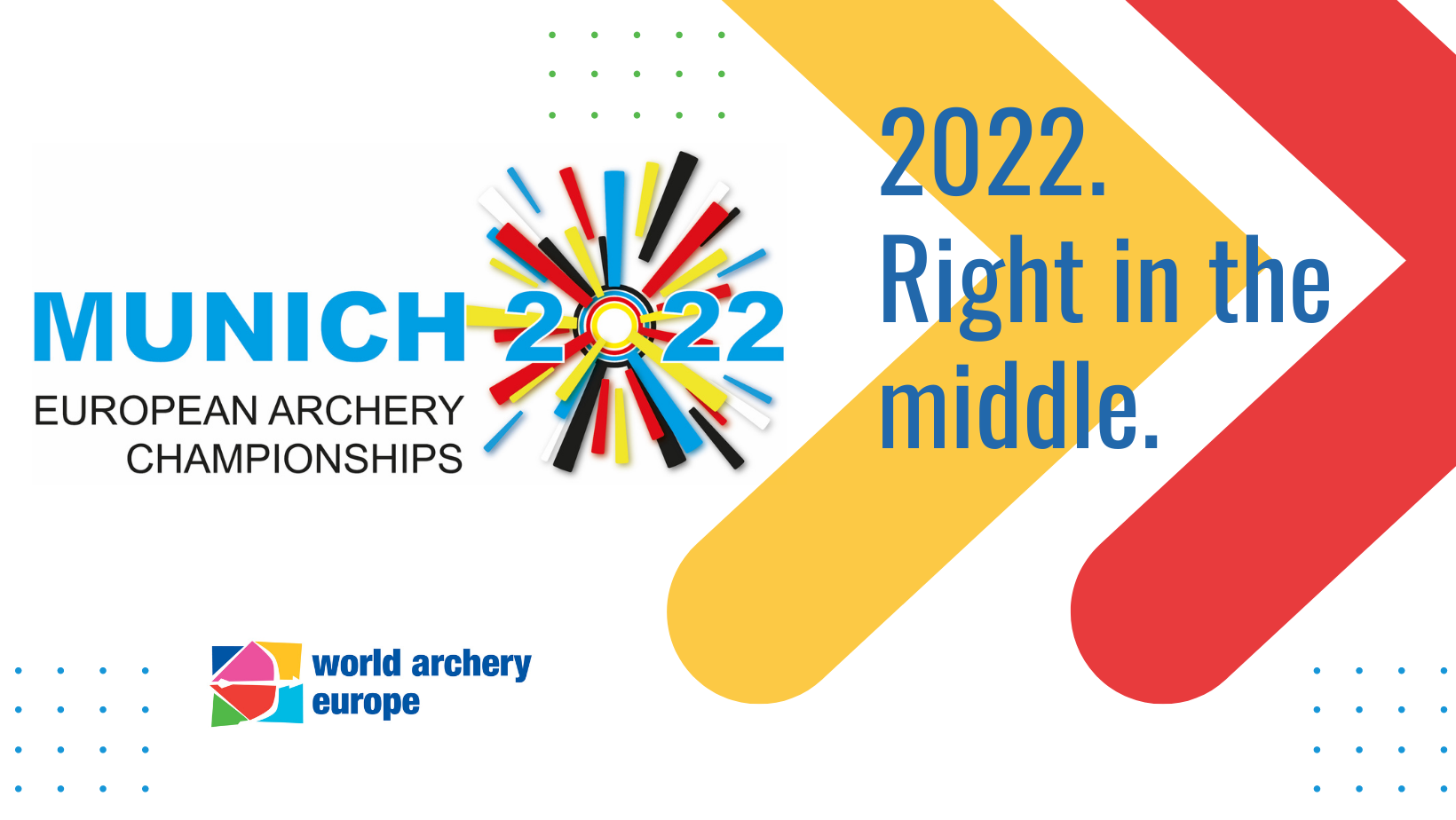 Continental titles and also first Quota Places for 2023 European Games will be assigned next week at the 2022 European Archery Championships in Munich (GER).

It’s only been one year since the last European Championships in Antalya (TUR), normally held every two years. That event awarded Olympic places for Tokyo while this time the tournament has quota places for the upcoming European Games.

The world’s number one ranked men, Mete Gazoz and Mike Schloesser, are set to compete at the event and hopes for the host nation are at an all-time high after a great start to the Hyundai Archery World Cup season.

The city of Munich will celebrate 50 years since it hosted the Olympic Games in 1972, which is also the 50-year anniversary of archery’s return to the Olympic programme.

A total of 296 archers (175 men, 121 women) from 40 countries are registered to compete at these championships.

Athletes from Russia and Belarus are currently prohibited from participating in international events.

These are the defending European Champions from Antalya 2021:

Live results will be available on:

Coverage of the European Championships is being shown worldwide by broadcast partners. Viewers in Germany can watch live streaming on SportDeutschland.tv and linear coverage on Bayerischer Rundfunk; Eurosport (Europe) and TRT (Turkey).

The event is being streamed live by the Olympic Channel in other territories.

These championships act as the primary qualifier for the 2023 European Games in Poland, while the European Grand Prix in Great Britain in early 2023 is the second qualifying event.

Some 128 archers will compete at the multisport event, 96 recurve and 32 compound, and quotas for 78 of those places will be awarded on the final results of the championships in Munich. There is additional time set aside on Friday for a secondary qualifying event, which will be used to break ties between archers who lose before the quarterfinals should it be necessary to distribute the places.

Poland receives the full eight-athlete quota (six recurve and two compound) as host country. A nation can win a maximum of one quota per gender in the individual events – or a full three-athlete quota in the recurve team event.

Five team and 16 individual quotas per gender are available in Munich. The top five teams at the championships, excluding Poland, will win full three-athlete quotas. The archers representing the next 16 countries not qualified as teams in the final individual ranking will win then places for their nation.

Next: Three team and five individual quotas per gender at the second qualifier, plus three male and three female universality tickets.

Eight individual quotas per gender are available in Munich. The archers representing the top eight countries, excluding Poland, in the final individual ranking will win places for their nation.

Next: Five individual quotas per gender at the second qualifier, plus two male and two female universality tickets.

European Archery Championships will be preceded by the World Archery Europe Elective Congress 2022 on Sunday 5 June at Munich City Hall.