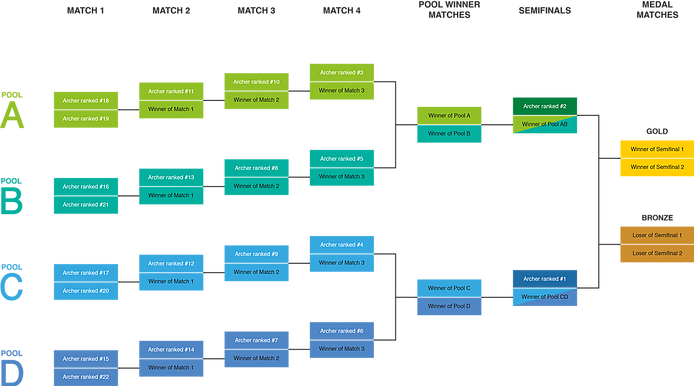 For the first time ever in the history of international 3D archery championships, the performance of the archers in the qualification will directly reflect on their way to the medal matches.

The 2018 European 3D Archery Championship will mark the premiere of a new elimination format, in which the archers’ performance during the qualification is taken into consideration. This was not the case with the preceding format as all archers who made the cut for the eliminations then started from zero, meaning that their qualification score did not matter for the rest of the competition, for better or worse.

Up until this championship, the elimination consisted of two rounds. 16 archers advanced from the qualification to the first elimination round, where they shot at 12 targets and the 8 archers with the highest scores proceeded to the second round. There, starting with a clean slate once again, they took on 8 targets and the top 4 archers earned spots in the semifinals. However, from this championship on, archers who perform well in the qualification will reap benefit from it: the two top qualifiers in each division will automatically be granted a spot in the semifinals while the following 20 qualifiers will enter a so-called ”shoot-up” where their qualification rank will be translated to a corresponding “starting position”, but the higher their rank, the shorter their road to the medal matches.

In the shoot-up, the 20 archers will be divided into four groups, called ”pools”, with each pool being comprised of five archers. It will all begin with the lowest-ranking archer in each pool facing the archer with the second-to-lowest rank in a head-to-head match (H2H), where they will fire one arrow per target at six targets, the goal being to accumulate a higher total score than that of the opponent. The losing archer will be eliminated while the winner will proceed to shoot against an archer with a higher rank. The winner of that match will face an even higher-ranked archer, the loser will be out, and so on. The winner of the last match in each pool will be the winner of that pool. Ultimately, the four pool victors will go head to head with another: the winner of pool A will face the winner of pool B and the pool C winner will shoot against the pool D winner. The archers who win these matches will be awarded with the two remaining semifinal spots. Waiting there for the winner of pool AB will be the archer who seeded second in the qualification, while the victor of pool CD will go up against the top qualifier.

To view the illustration of the shoot-up in full size, please click on the preview below.

Now, what prompted the change of elimination format in 3D archery and what will this mean to athletes, organizers and the 3D discipline in general? Hannah Brown, the Technical Delegate of this championship, appointed by World Archery Europe (WAE), kindly agreed to shed some light on the shoot-up from the perspective of said organization.

The shoot-up format was first used at the 2017 World Games in Wroclaw for the barebow and the recurve archers, for whom the Games were a field archery tournament. How come you decided to implement it in 3D archery too and are there any particular reasons for choosing this very championship for its premiere?

I guess the European 3D is just lucky! It’s a really exciting change to Field and 3D archery and to be the first 3D event to use the new format will make it one to remember. When we looked at the changes we were making to the rules for the Field events it seemed sensible to update and include the 3D rules also. 3D is one of the growing disciplines within the sport so we want to capture this and keep the momentum going but keeping it up to date and fresh.

Unlike the previous format, the archers’ qualification score now affects their way through the eliminations as it determines their position in the shoot-up. What will this mean to the archers and what long-term impact will it have on the 3D discipline as a whole?

In the long run, I think that the new format will make 3D archery more exciting, spectator-friendly and TV-friendly, and that more archers will want to participate.

Does the shoot-up format pose any new challenges to archers or organizers and how are these planned to be overcome?

Head to heads at the early stage of a Field and 3D competition are a new challenge. This will be new to many archers, they won’t have done this before. It’s a different head game to before. It’s exciting, it’s pressurised.

For the organisers, it makes life a bit easier, they have their qualification courses to build, then smaller courses for the elimination. The logistics will need to be tighter and smoother, but as LOC [Local Organizing Committees] and athletes get used to it I have confidence it will be as fluid as target H2Hs.

As of April this year, it is official that the shoot-up format will also be used at the upcoming World Archery Field Championship and, with that, the elimination system will have changed for international championships in both field and 3D archery. Are there any plans on introducing shoot-up eliminations to target archery as well?

Target already has the H2H system so I don’t believe there is any intention to change the way they do it. Besides Field and 3D need to stay different to target because we are a different discipline of the sport. 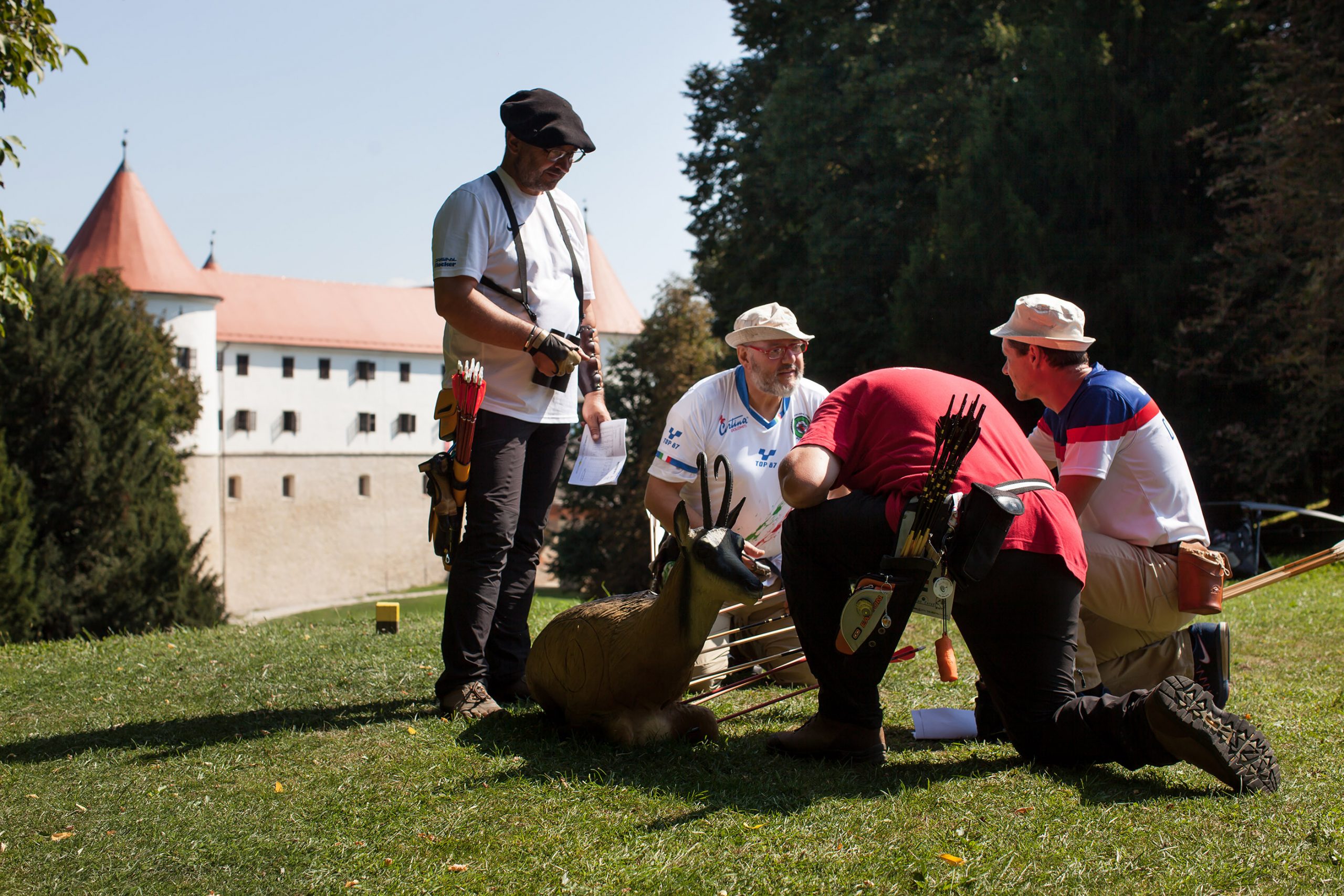 With the new format leaving even less room for mistakes in the qualification, it is easy to think that a bad day or a strike of bad luck can ruin the whole tournament. However, even then, it may be far from over. Not only does an increased number of archers advance from the qualification now (22, as opposed to 16 formerly), but starting from the bottom of a shoot-up can also turn out to be an advantage because with each match an archer can grow more confident in their shooting, in estimating the distance to the targets and in coping with the pressure of head-to-head matches, which – as Hannah mentioned – can be a challenge. Meanwhile, as nobody is exempt from having ups and downs now and then, a less good day may befall a higher-ranked opponent, or the pressure of being expected to win against a lower-ranked archer may get to them and affect their shooting. In other words, although the elimination format has changed, one thing remains the same: anything can happen en route to the medal matches.

In the team elimination, the room for errors will also be narrowed down as the quarterfinals will no longer consist of eight targets, but of four, like the semifinals and medal matches. Apart from this, the elimination will keep its current design: it is already comprised of head-to-head matches, but these are arranged as traditional brackets instead of as a shoot-up and they will continue to be that, at least for now.