People to watch at Baku2015Archery 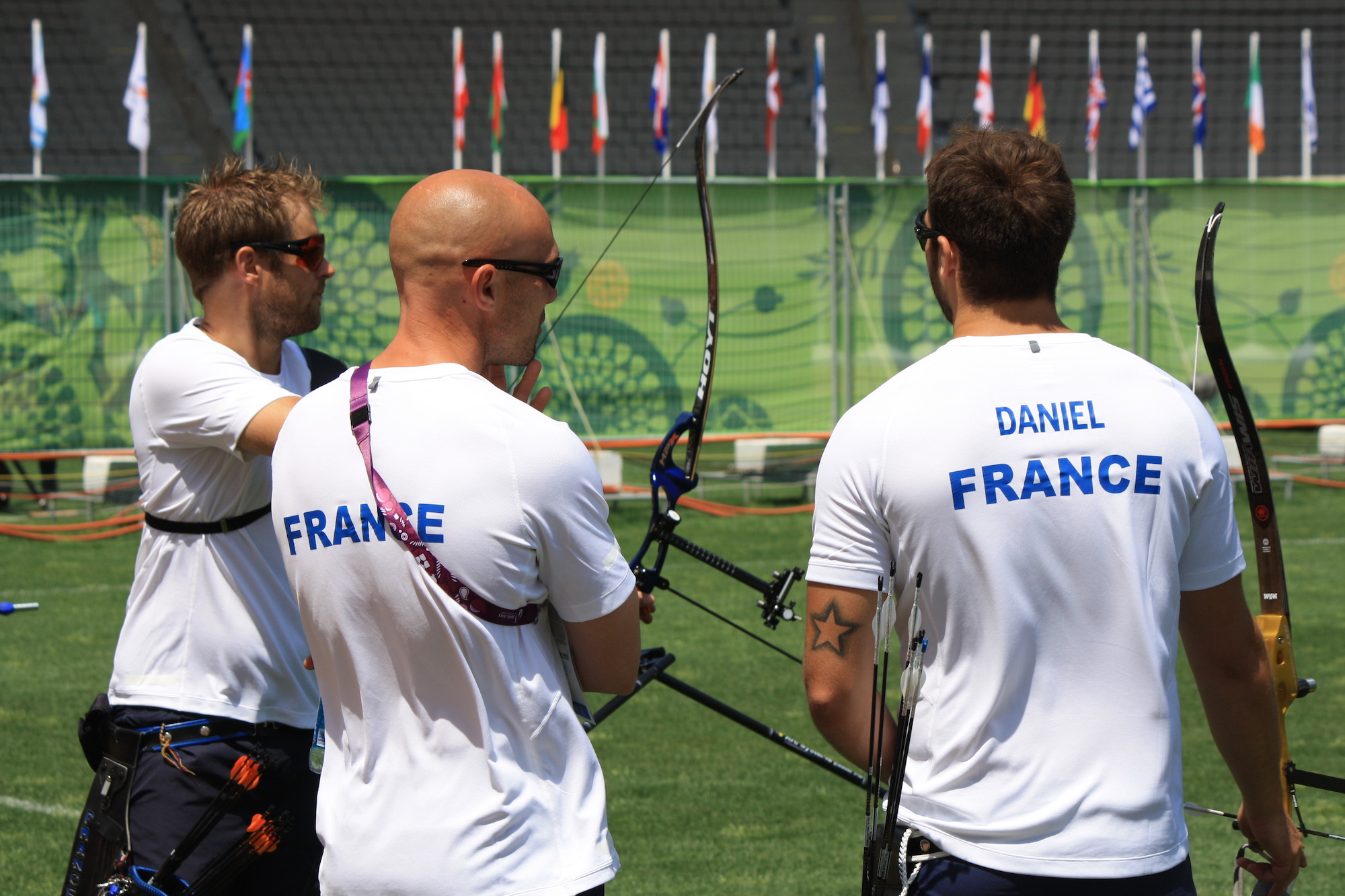 The Baku 2015 archery competition will host a swathe of Olympic, world and European champions. With the 2015 world championship taking place in Copenhagen, Denmark, little more than a month after Baku 2015, the first European Games will provide a terrific opportunity for archers to fire a warning shot to their rivals.

A clutch of Olympians, European and World Champions are set to lead the fight for medals in archery at the Baku 2015 European Games.

Veterans Mauro NESPOLI (ITA) and Michele FRANGILLI (ITA), London 2012 Olympic champions in men’s team, will be joined by the prodigious David PASQUALUCCI (ITA), not yet 19, who beat Dutch favourite Rick VAN DER VEN, now 5th in the world rankings, in the qualifying rounds in the World Cup in May in Antalya, Turkey.

Also likely to feature in the individual event are Germany’s 22-year-old Florian KAHLLUND, the highest-placed European in the global rankings at No3, and reigning indoor European Champion Heorhiy IVANYTSKYY (UKR), while Viktor RUBAN (UKR), winner of the individual gold at Beijing 2008 and a bronze in the team at Athens 2004 as well as multiple World and European Championships medals, brings vast experience to the competition.

France, with three archers, Jean-Charles VALLADONT (12th), Pierre PLIHON (13th) and Lucas DANIEL (17th) in the top 20 competing at the Games, are likely to be a force to be reckoned with, while Germany, Spain, for whom Miguel ALVARINO GARCIA is ranked 5th in the World Cup standings, the Netherlands and Ukraine will be among the other teams to watch in the Men’s team alongside Italy.

In the women’s team, Russia, led by 15th-ranked Inna STEPANOVA, Ukraine, France and Denmark are likely to feature strongly.

In the women’s individual, in the absence of No4 Tatiana SEGINA (RUS), Karina WINTER (GER), No10, is the top European woman competing in Baku.

Maja JAGER, the 23-year-old from Denmark who won the World Championships in Turkey in 2013 and has been studying in Korea to improve her archery, is also one to watch, along with the veteran Natalia VALEEVA (ITA), six-time Olympian, bronze medallist in the team and individual at Barcelona 1992 and World Champion in 2007.

Naomi FOLKARD (GBR) is another who brings considerable experience to Baku. She won a silver in individual at the European Championships in 2008 and has competed at London 2012, Bejing 2008 and Athens 2004.