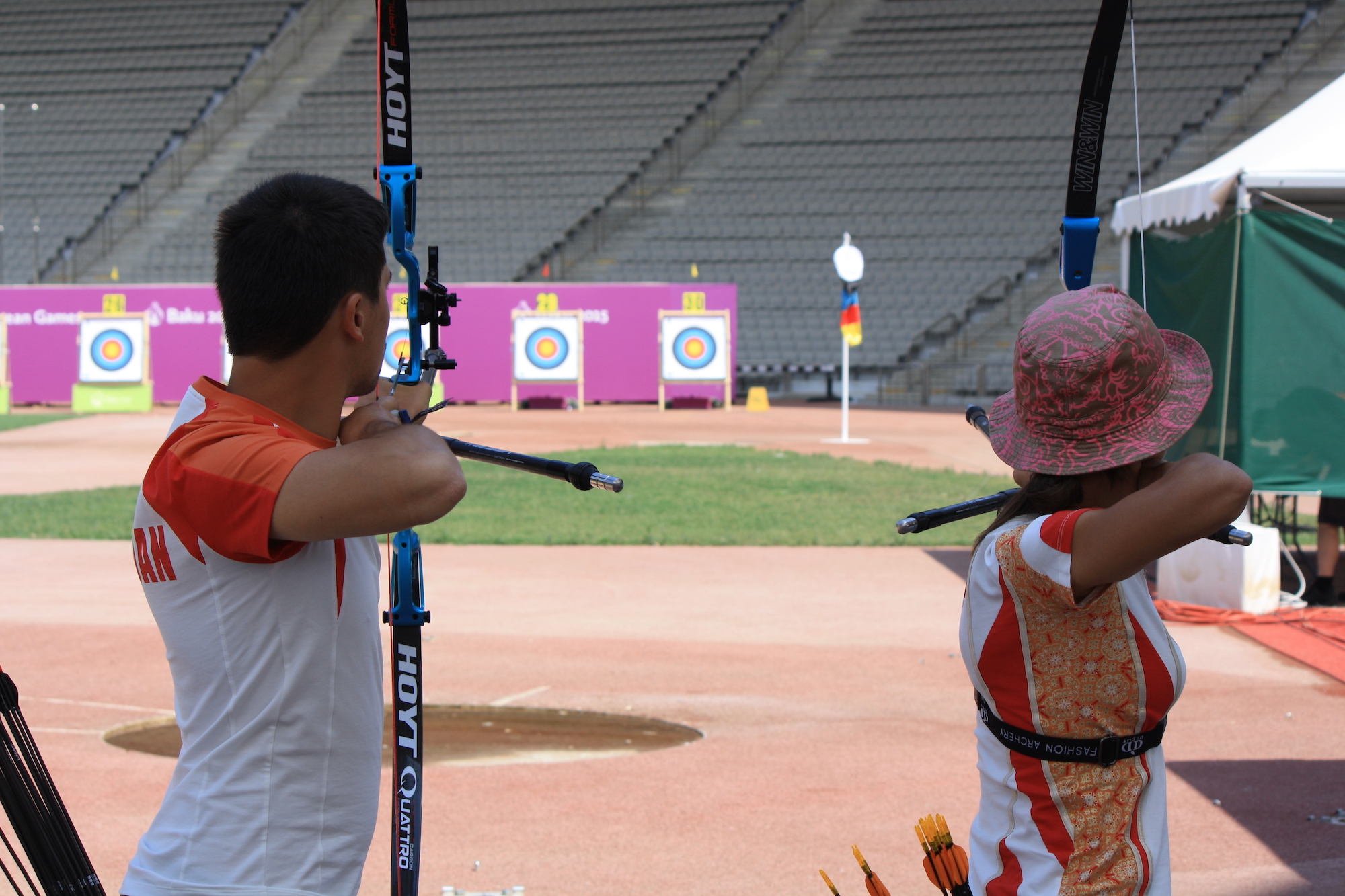 Replacement archer Leila FAZILOVA (AZE) has herself been replaced just days after being named on the team for the Baku 2015 European Games after accusations her husband, the Azerbaijan assistant team coach Natiq FAZILOV (AZE), had used his influence to include his wife in the team.

“Everyone knows that she (FAZILOVA) is good,” FAZILOV said. “She came 17th in the European Championship in 2012, but still rumours are going around. We decided that it would be better if she did not take part. We don’t like being the centre of a scandal.“

FAZILOV was included in the team after Sugrakhanim MUGABILZADA (AZE), a Baku 2015 ambassador, withdrew because of a shoulder injury.

“Of course my wife is disappointed,” said FAZILOV. “But to stop the gossip we did not have any other choice. RAMAZANOVA is also a really good archer, she was shooting well in the last training session together with FAZILOVA and Olqa SENYUK.“

The 25-year-old RAMAZANOVA said: “Being here is a great feeling. My family and my friends are proud of me and my main goal is to achieve a good result. I am very hopeful and believe in myself.“

Couple also on the shooting line

Husband and wife archers Taras and Olqa SENYUK (AZE) are hoping to shoot side by side for their adopted country in the mixed team event, just a year after becoming Azerbaijani citizens.

The couple, originally from Ukraine and Moldova respectively, say they have been swept up by the enthusiasm of the home crowds at the Baku 2015 European Games

“After the Opening Ceremony my only thought was like ‘Oh my god this is so great, I want to do my best and show people that we are here to win’,” said Olqa SENYUK.

The couple are the top-ranked man and woman in the Azerbaijan team. If they shoot according to form in the ranking round, they will stand shoulder to shoulder in the mixed team event.

“It depends on our result. If two of us could make the best result in the qualification round then we will be in the mixed team,” said Taras SENYUK, “Mixed team competitions are the most unexpected and easier, because there are only two arrows per athlete (in a set) and everyone can shoot two arrows very well.“

Olqa SENYUK added: “Last year we shot as a mixed team in international tournaments, such as the Klimuk Cup in Belarus and the Ajara Cup in Georgia, and we won two gold medals for Azerbaijan.”