Antalya (TUR) is ready for the second European Grand Prix of this intense 2021 archery season.

For Antalya this will be the first event of this outdoor season, in fact from May 31 to June 6 will hold also the European Archery Championships + last Continental Quota Tournament.

After four days of competition, only individual medals will be awarded in Recurve and Compound (men and women); no Team and Mixed-Team competitions, according to the 2021 safety rules. 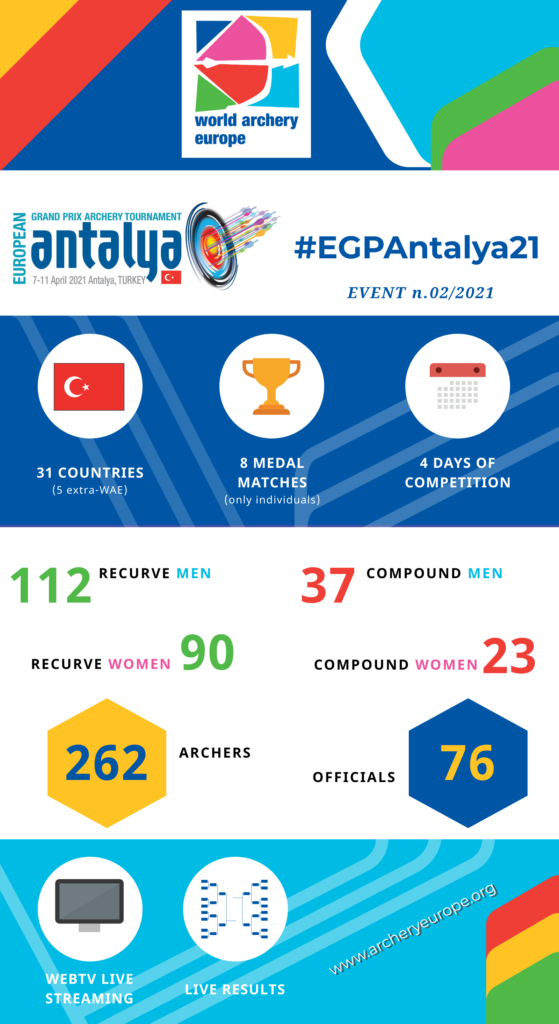