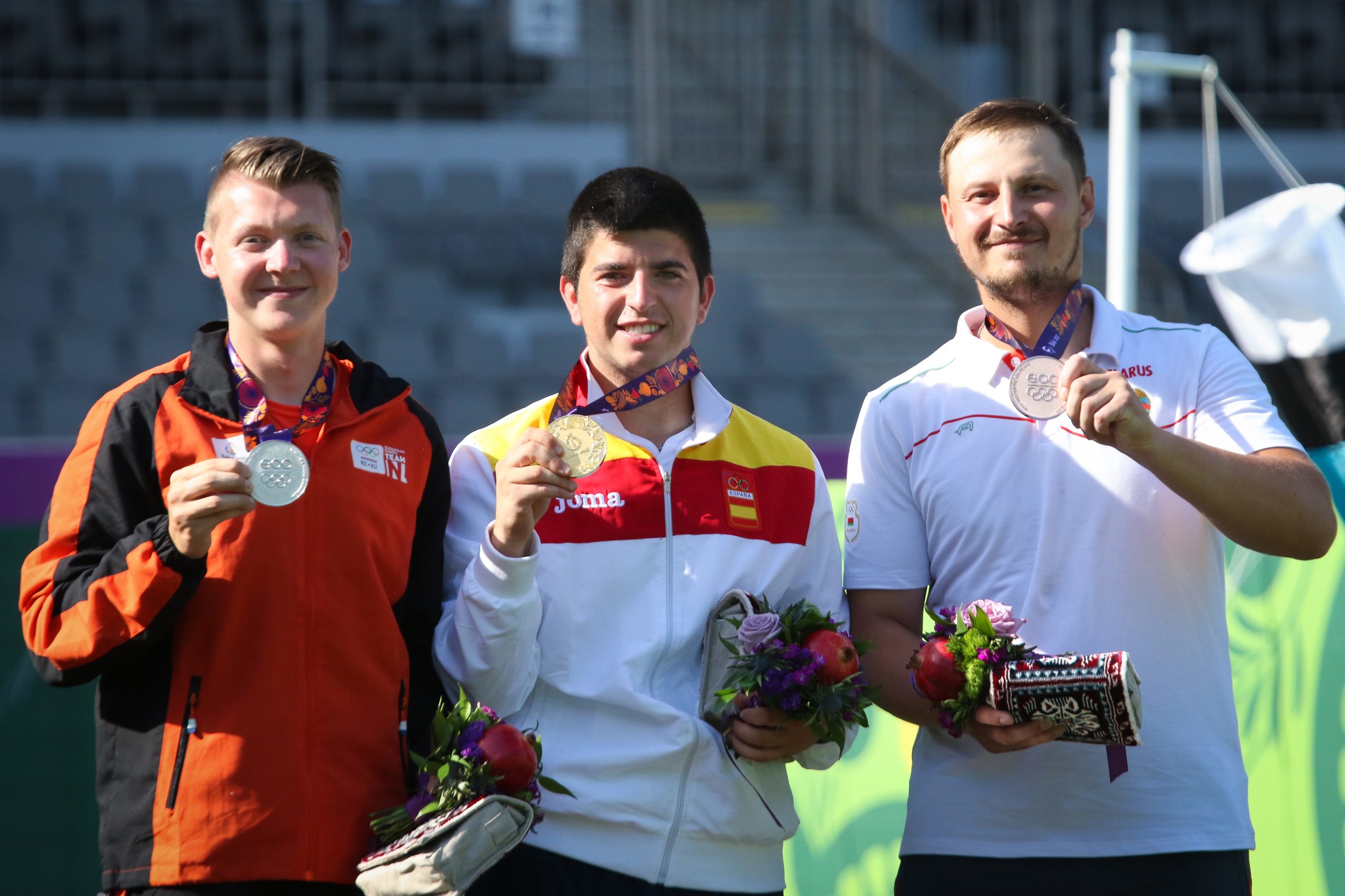 After 7 days of great show at Tofiq Bahramov Stadium, Archery is over!

“I am super happy. I dedicate this victory to all my family and the people who have been here with me. There is so much emotion.”

“I was already shooting very well and I was expecting a medal but the fact that it is a gold medal, it is so wonderful.”

“Now that I have a gold medal, I will feel less pressure to prove myself. Now that I have shown what I am capable of achieving individually, I can be more relaxed when I shoot.”

On why he was so emotional:

“It’s my first individual medal. Initially, I was emotional because of the victory but then when the anthem started playing I felt really Spanish and it was really overwhelmingly emotional.”

“I was expecting a very complicated match, a tough match. I was already tired before I stepped on to the field of play but I gave all I had and the victory came.”

On his plans for the future:

“I will train like hell to qualify for Rio.”

“I think I shot pretty OK. I’ve shot better this tournament and I’ve also shot worse. I feel like I’ve done a good job and the Spanish guy (ALVARINO) GARCIA, he shot really, really well and my good shots just went into the nine instead of the 10.”

On his performance at Baku 2015, despite starting the tournament ranked world No101:

“I’m really happy with this last week and I don’t have much to complain about. It’s a big learning curve and I think I’ve reached the top part.”

On winning a silver medal to go with a bronze in the men’s team event:

“It’s a thing you’ll never forget, that you can tell your grandchildren about. The fact you’ve won two medals in the first European Games. I’m beyond words.”

“I am happy enough but I really wanted the first place. I came to Baku to to win a gold medal.”

On his experience and the match:

“I started well,  the way I had planned it, I was stable, consistent. Certainly this experience is invaluable, I leave this tournament with a higher level of technical expertise, it was great all round in view of the challenges ahead at the world championships and the Olympic Games.”

Games are done! Now everybody are waiting World Championships in Copenaghen, first big appointment for Rio 2016.

Thanks to BEGOC, all volunteers and all judges.

Special Thanks to Carolina Villegas, Competition Manager and Eva These, Technical Delegate, together with all the others members of World Archery Europe Federation, President Mr. Mario Scarzella and Secretary General Mrs. Marinella Pisciotti.

We had great time, hoping that you enjoyed it as well!