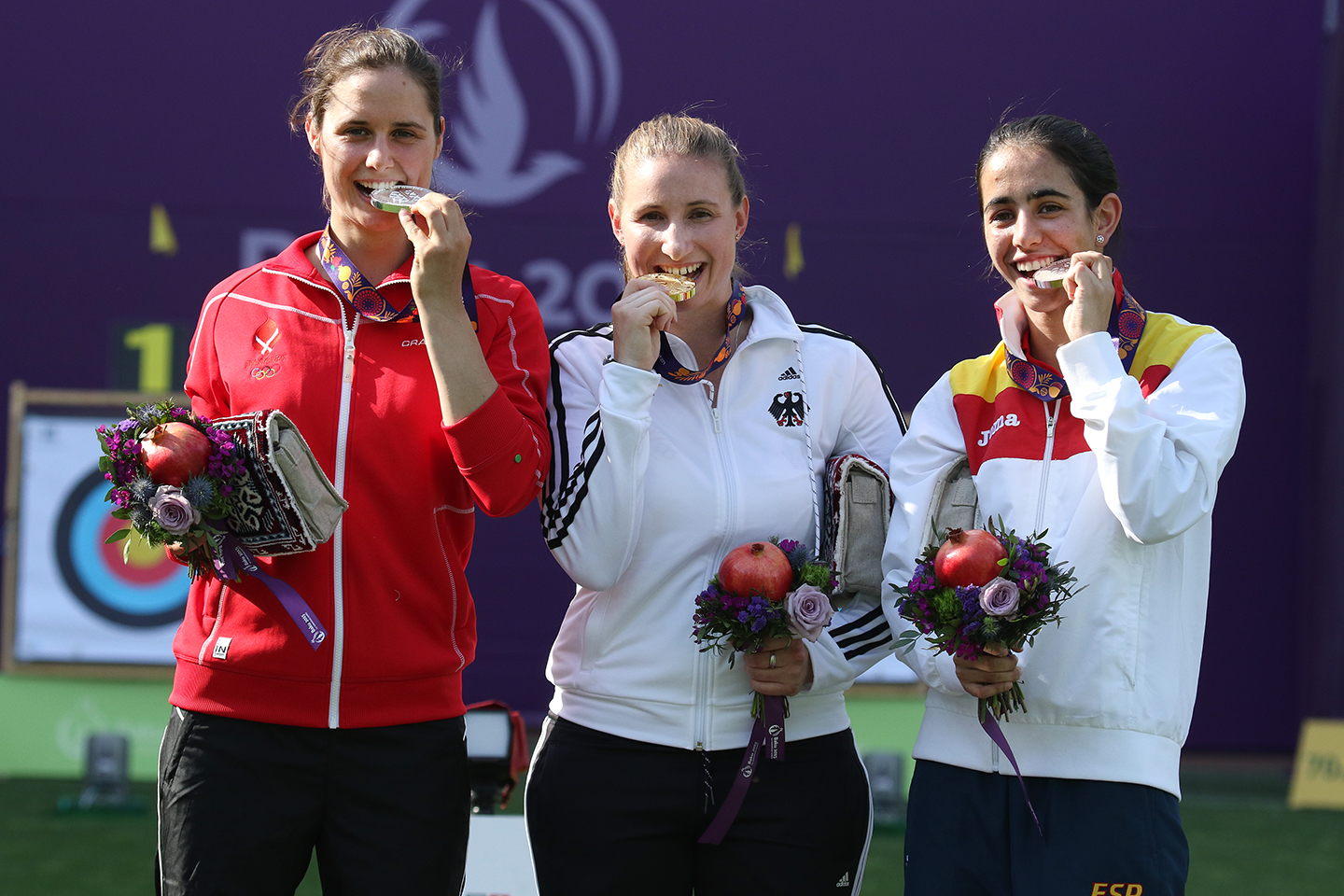 After a long day, from 1/16 till the Gold Medal match, now we know the podium of the Women Event:

On her performances on Sunday:

“I shot so many tens today. Two perfect scores, it was just amazing. I had that feeling, I was in that flow. I was so confident and focused. And my technique worked out.”

“This is really special. I saw the mixed team and the teams (events) and it was the (European Games) title for the very first time. I have that title as well. It is just amazing.”

On winning a silver medal:

“I was not expecting this before I came. We had changed my technique. It was not settled, but during practice it settled a bit more and made it possible to win a medal.”

On WINTER (GER) shooting a perfect score of 30 in the fourth set to win the match:

“She shot really well. That’s a perfect score. There’s not much I could do in the end.”

“She has been in the game a while and she deserves to win.”

“I can’t believe I won the bronze medal. All the work has paid off.”

On scoring a perfect 30 in the fourth set:

“I was nervous in the match, but was confident I would make it. Scoring 30 motivated me, but my focus stayed the same.”