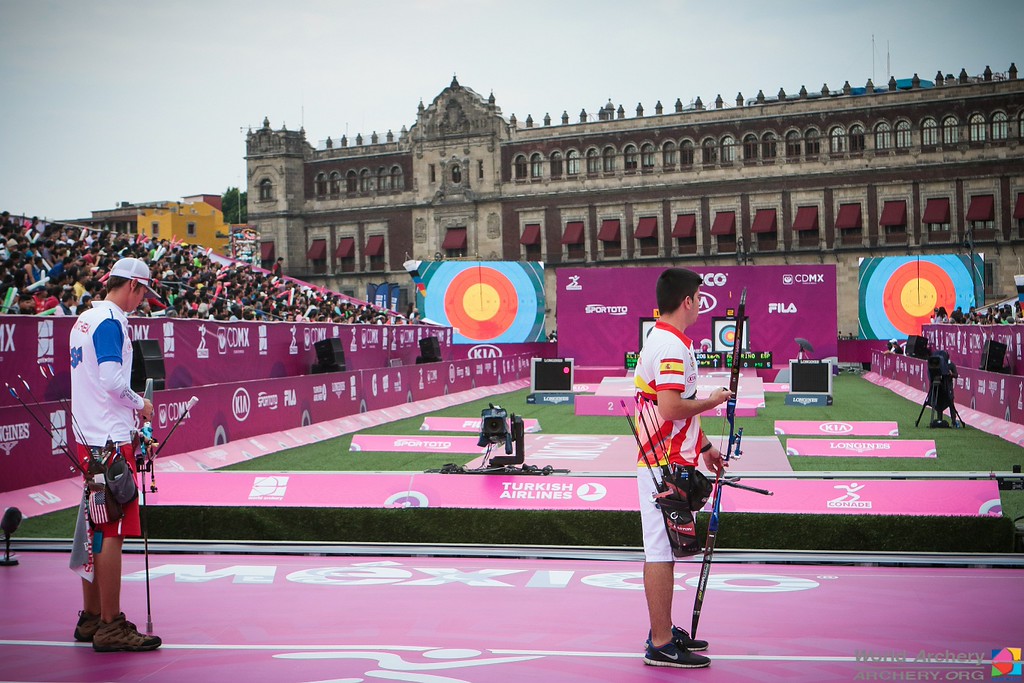 A great weekend for the end of outdoor archery season.

The best 16 archers of Compound and Recurve, men and women, in Mexico City for the Archery World Cup Final 2015. After 4 stages during the summer, from Shanghai to Antalya, from Wroclaw to Medellin, only the top archers were on the mexican shooting line.

Four medallists (individuals) and the winners of Compound Mixed Team event are European Archers, with an incredible gold final in Recurve men between JC. Valladont and M. Alvarino Garcia, ended 6-2 for the Spanish.

The Recurve women podium is all for the East world; in Compound women only M. Vinogradova between two archers of South America.

Three medals for the host nation.