Baku 2015 European Games has today signed an agreement with Kapital Bank to serve as the Official Retail Bank of this summer’s inaugural event.

Mr Azad Rahimov, Azerbaijan’s Minister of Youth and Sports and Chief Executive Officer of Baku 2015, said: “Kapital Bank is part of the daily lives of millions of Azerbaijanis, and has a strong presence nationwide. I look forward to the company playing its part in a great moment for the country at the first ever European Games this summer.”

Kapital Bank will provide and operate ATMs in all Baku 2015 venues, and foreign exchange machines in the Media and Athletes Villages, providing a valuable service for Baku 2015 spectators, the media, and athletes. 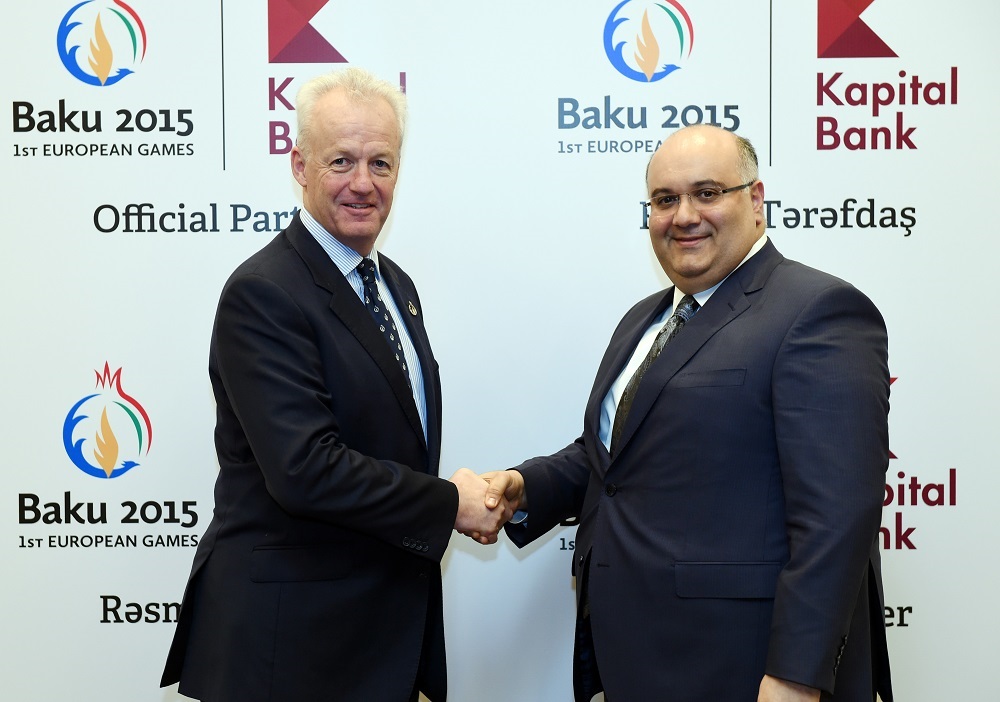 Mr Rovshan Allahveerdiyev, Chairman of the Board at Kapital Bank, said: “It is a great honour for Kapital Bank to become part of Azerbaijani history as an Official Partner of the Baku 2015 European Games. We intend to actively support the success of the inaugural Games by involving our millions of customers across the country in the excitement that Baku 2015 will bring Azerbaijan.”

Kapital Bank will be a leading partner in promoting Baku 2015, leveraging its broad customer base of millions of Azerbaijani sports fans throughout the country by providing updates about the Games.

Mr Simon Clegg, Chief Operating Officer of Baku 2015, said: “Kapital Bank is a leading Azerbaijani company with a nationwide reach. Our aim is to involve as many people as possible in the inaugural European Games, and having Kapital Bank complete our team of Official Partners will help us to bring the Baku 2015 message to every region of Azerbaijan.” 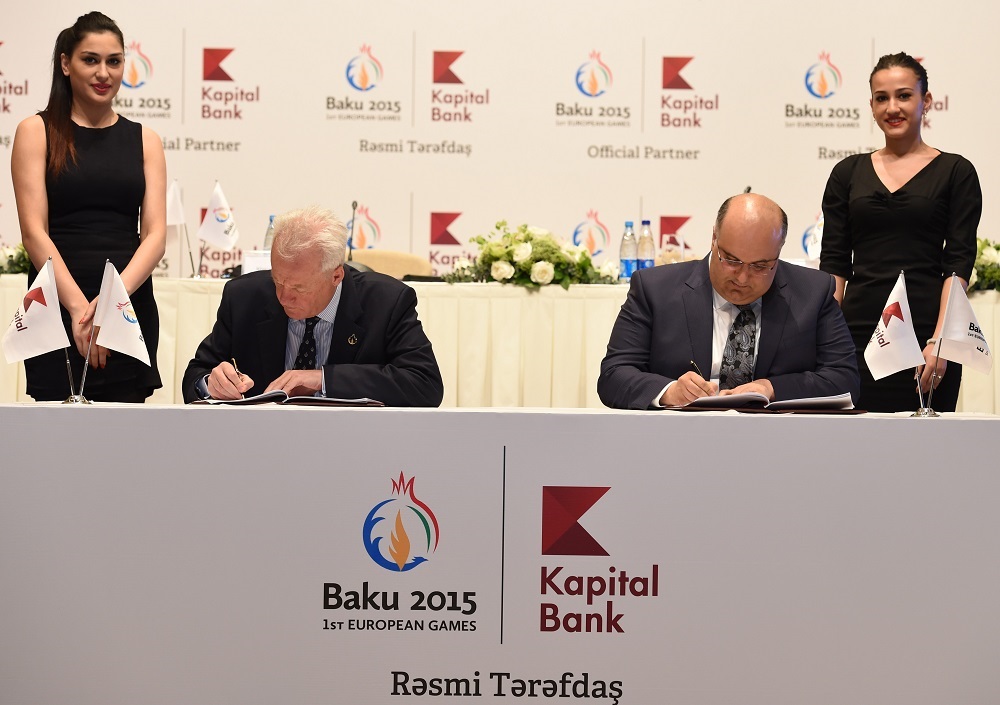