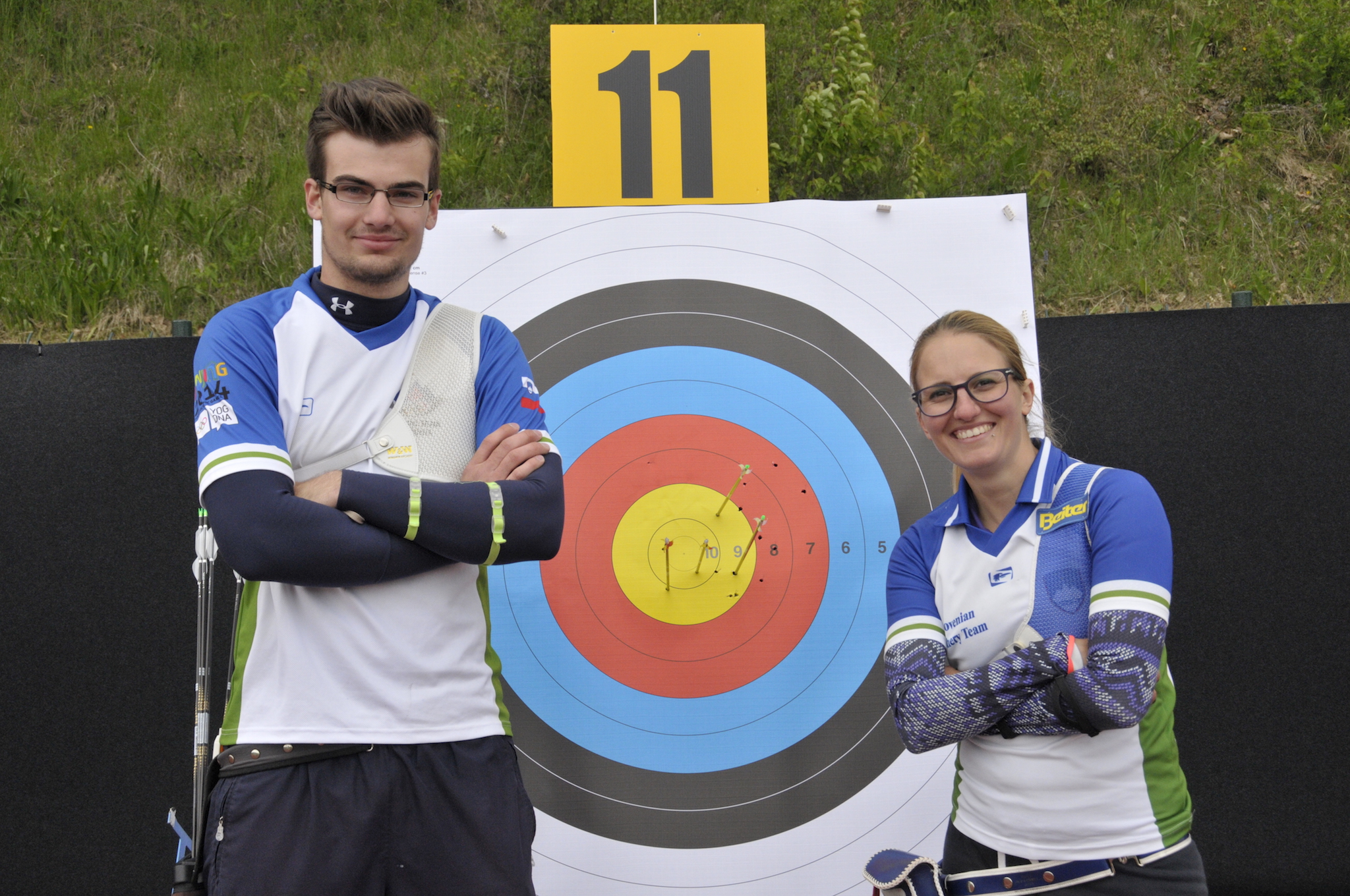 A cold Sunday morning brought few surprises in individual eliminations and final rounds. The four top qualifiers in men and women recurve and compound came all the way through to the finals.

It was Elena Tonetta (ITA) and Arpad Banda (HUN) that led their final matches 4 – 0, but Ana Umer (SLO) and Gasper Strajhar (SLO) both pulled through and won. Ana won in a shot-off shooting a 10, while Elena’s arrow landed in the nine ring. Gasper, with the support of the home crowd, managed to win the last three sets and defeated Arpad 6 – 4. Rok Bizjak (SLO) and Sally Gilder (GBR) came third.

The winner of the mixed team event in recurve was Slovenia, Austria finished second and Great Britain third. In compound Hungary won over Croatia and Austria was third.

Team matches in the afternoon had some upsets.

In semifinals in recurve men team event Serbia defeated Slovenia in a shoot-off to deserve a spot in the match for gold. It was Austria that won the recurve men’s team at the end, Serbia was second and Slovenia third.

In the compound man Croatia seeded 5th after qualification round, defeated top qualifier Hungary for a spot in the finals. Croatia then faced Italy in the finals shooting 215 points, against Italy’s winning 232 points. Hungary won bronze medal and Slovenia was fourth. 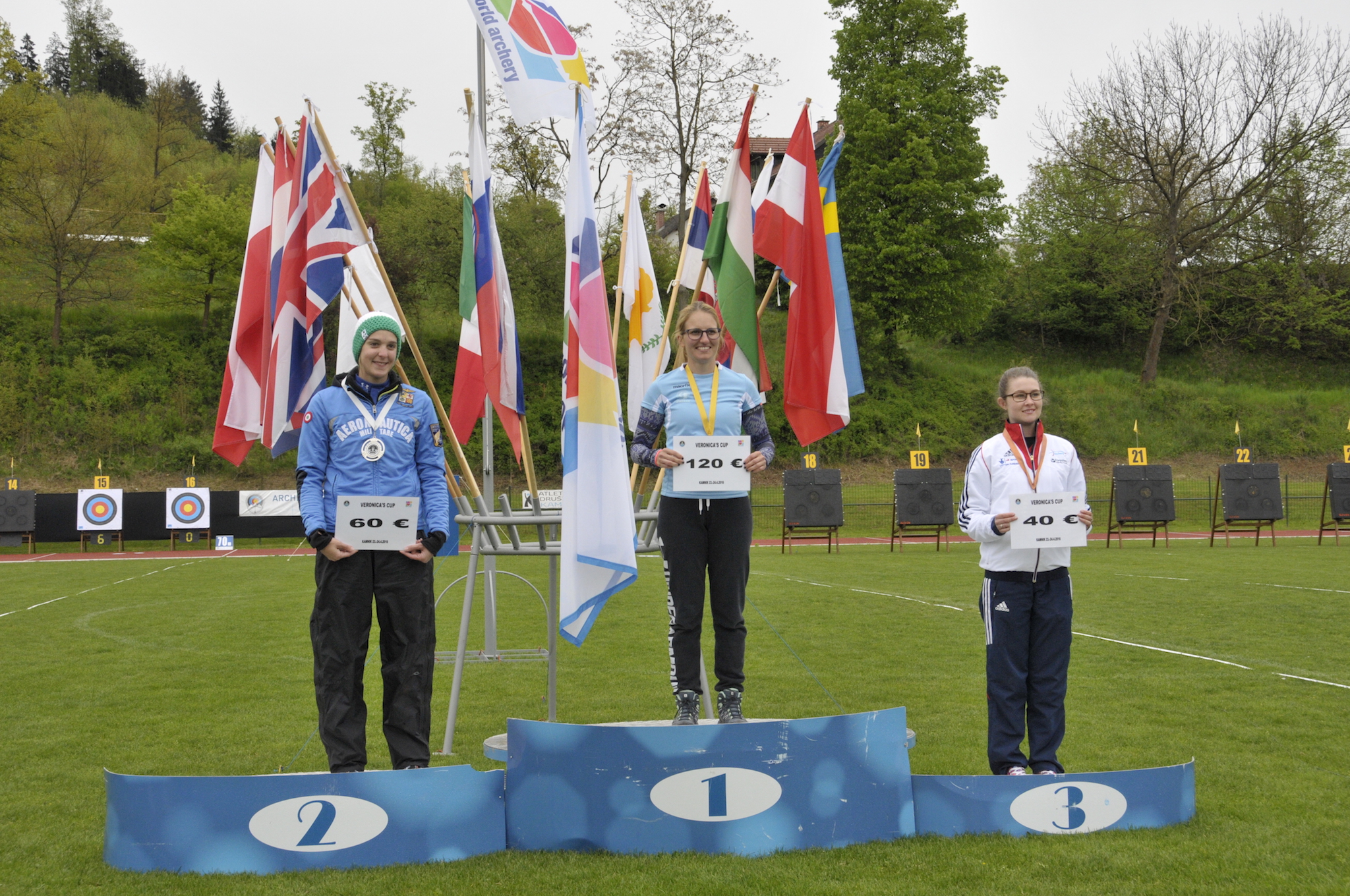 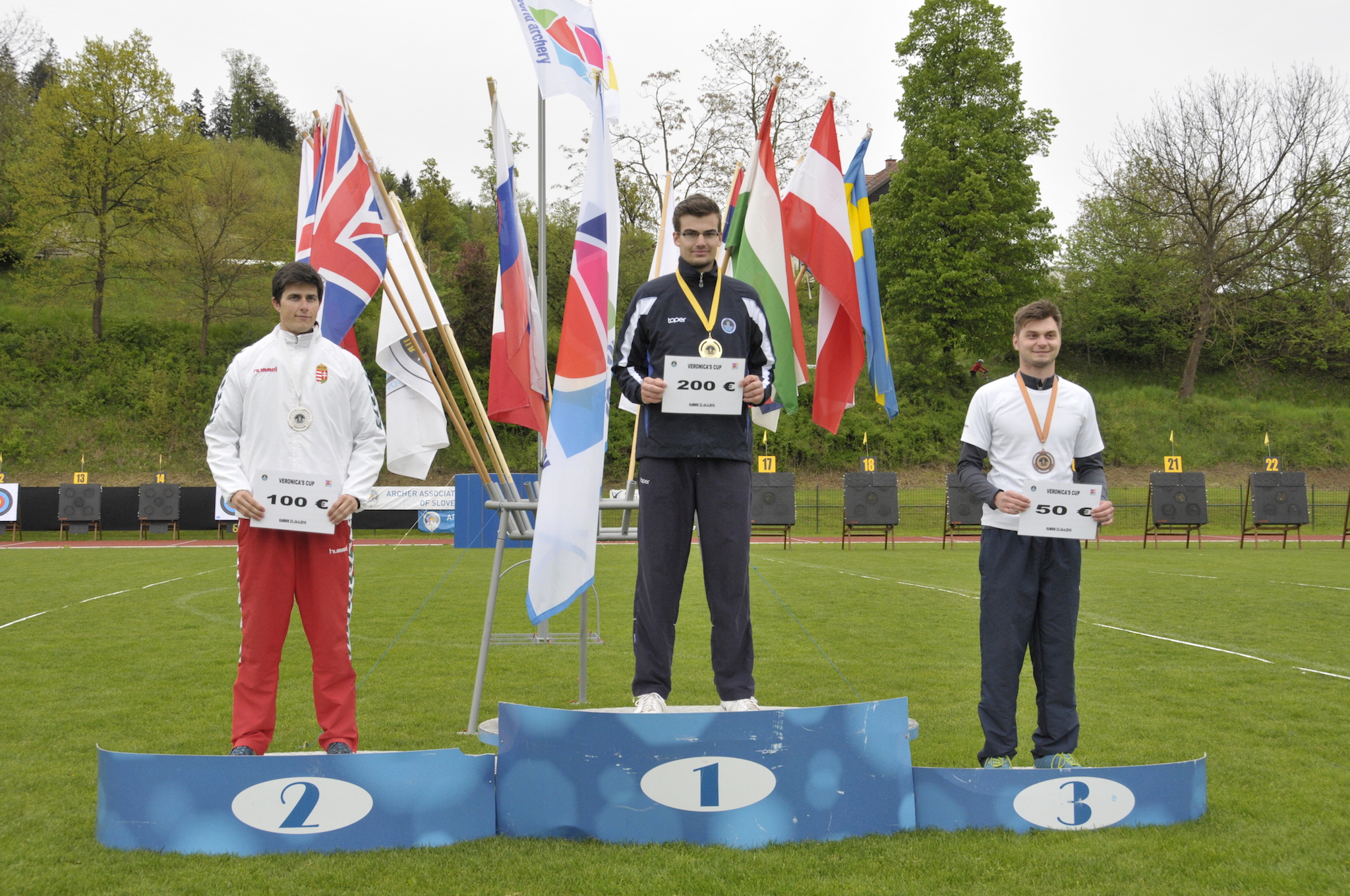 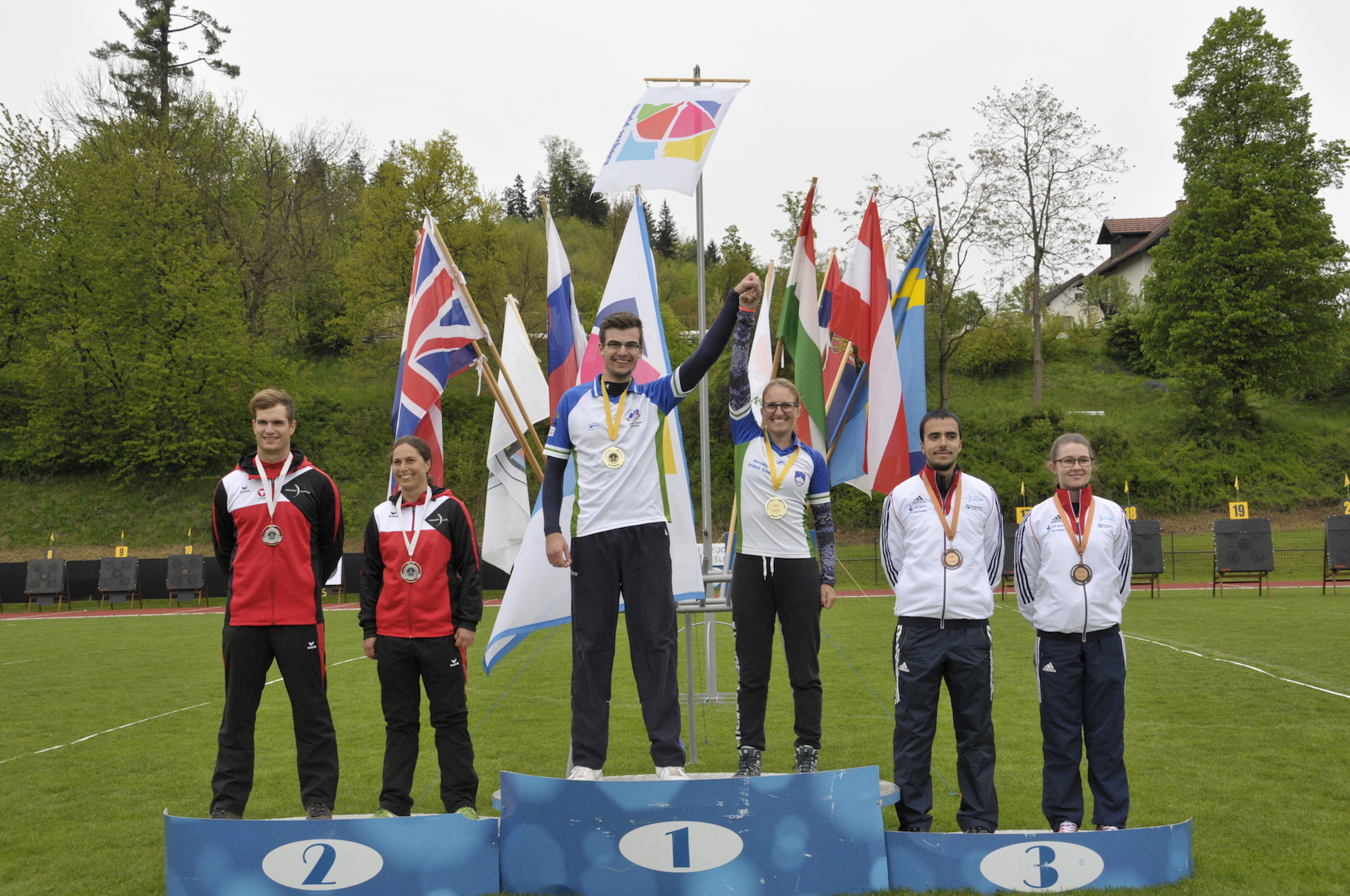 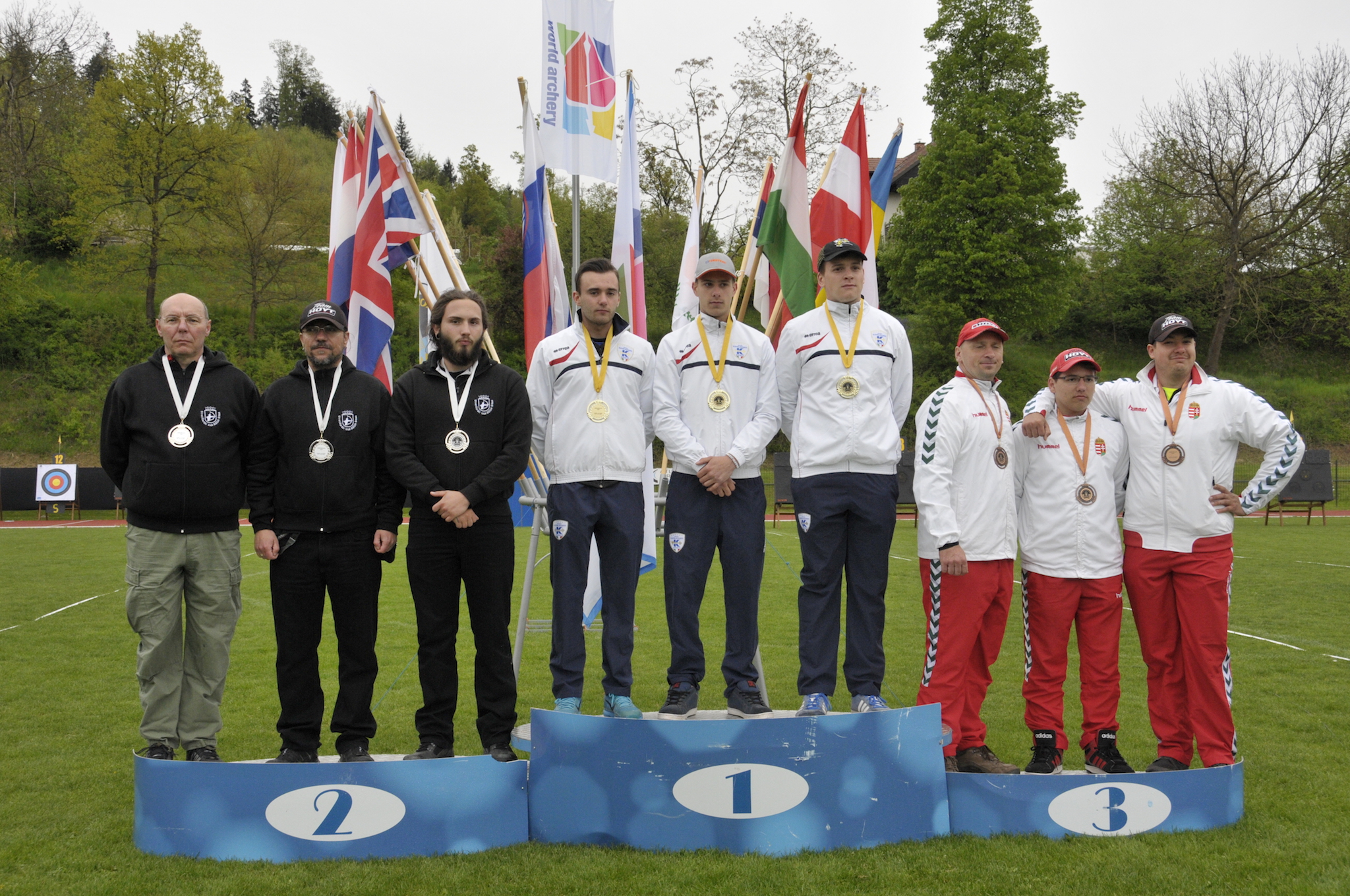 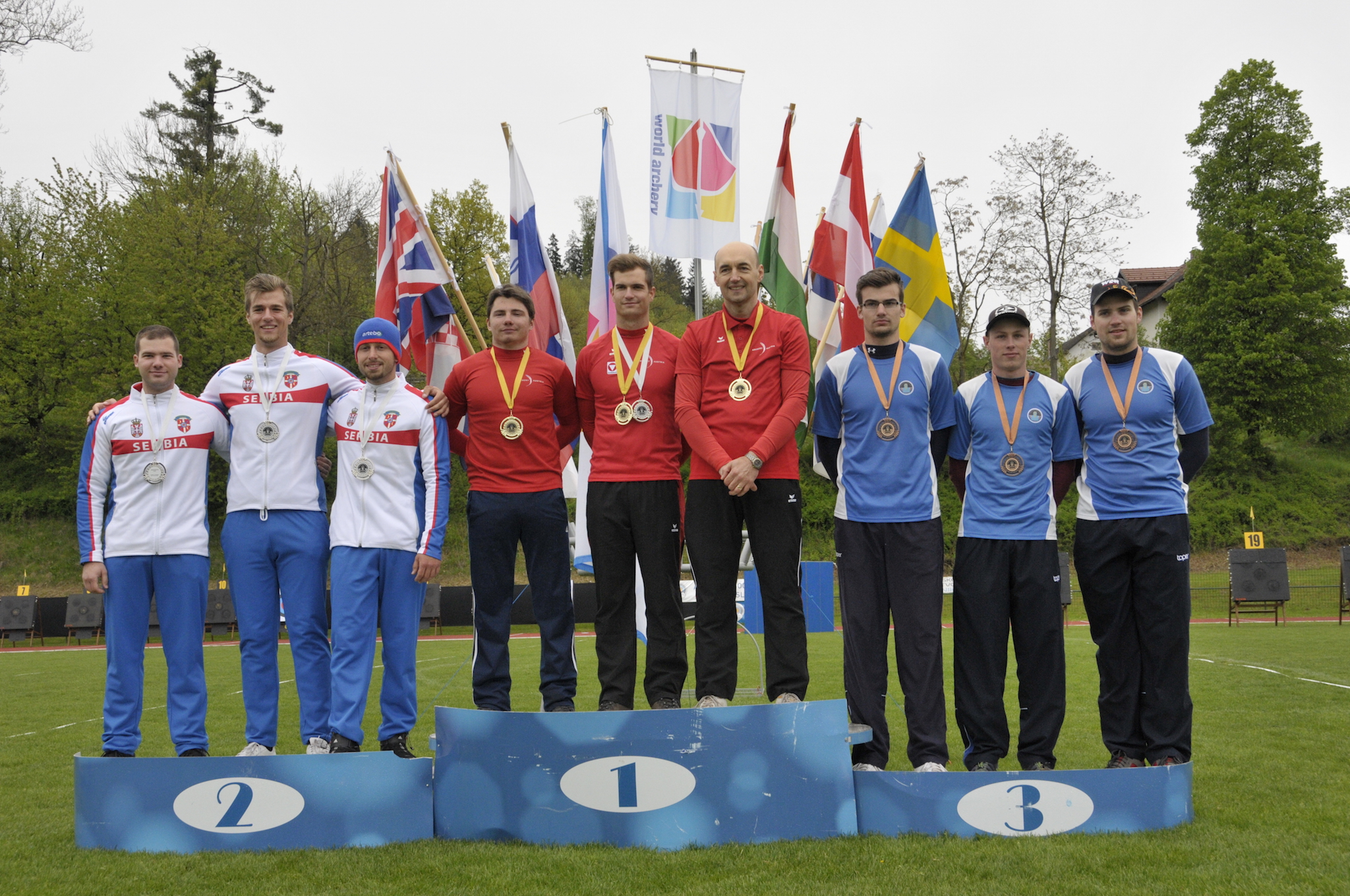