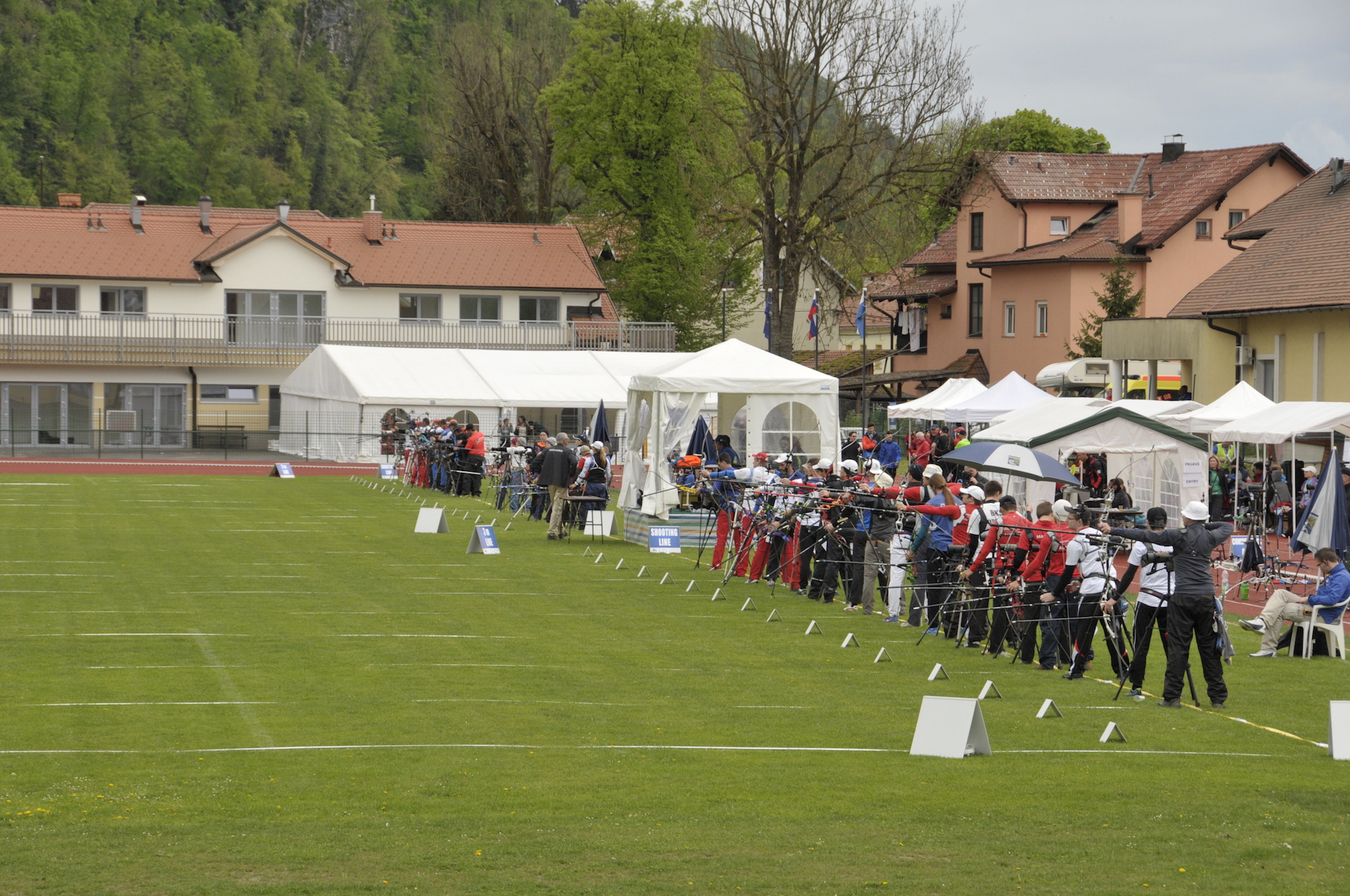 Archery Club Kamnik, the organizer of 2013 edition of European Club Teams Cup, invited archers to gather in small but beautiful town of Kamnik. 100 archers from 10 countries came to compete at a World Ranking Event Veronica’s Cup. The competition was named after a city’s legend of Countess Veronica.

Slovenia dominated the recurve categories with Gasper STRAJHAR leading the men’s and Ana UMER the women’s divison. Ana and Gasper together are first in the mixed team and Slovenia is also leading both men’s and women’s team event.

Gasper shot a solid 663 points and is five points ahead of Arpad Banda (HUN) with 658.

Third place is Alexander Bertschler (AUT) scoring 655 points. The older of the two Strajhar brothers, who is a 2012 Olympian, Klemen is currently fourth with 653 points.

Amanda Mlinaric, together with Mario Vavro (CRO) is placed first in the Compound Mixed Team Event. 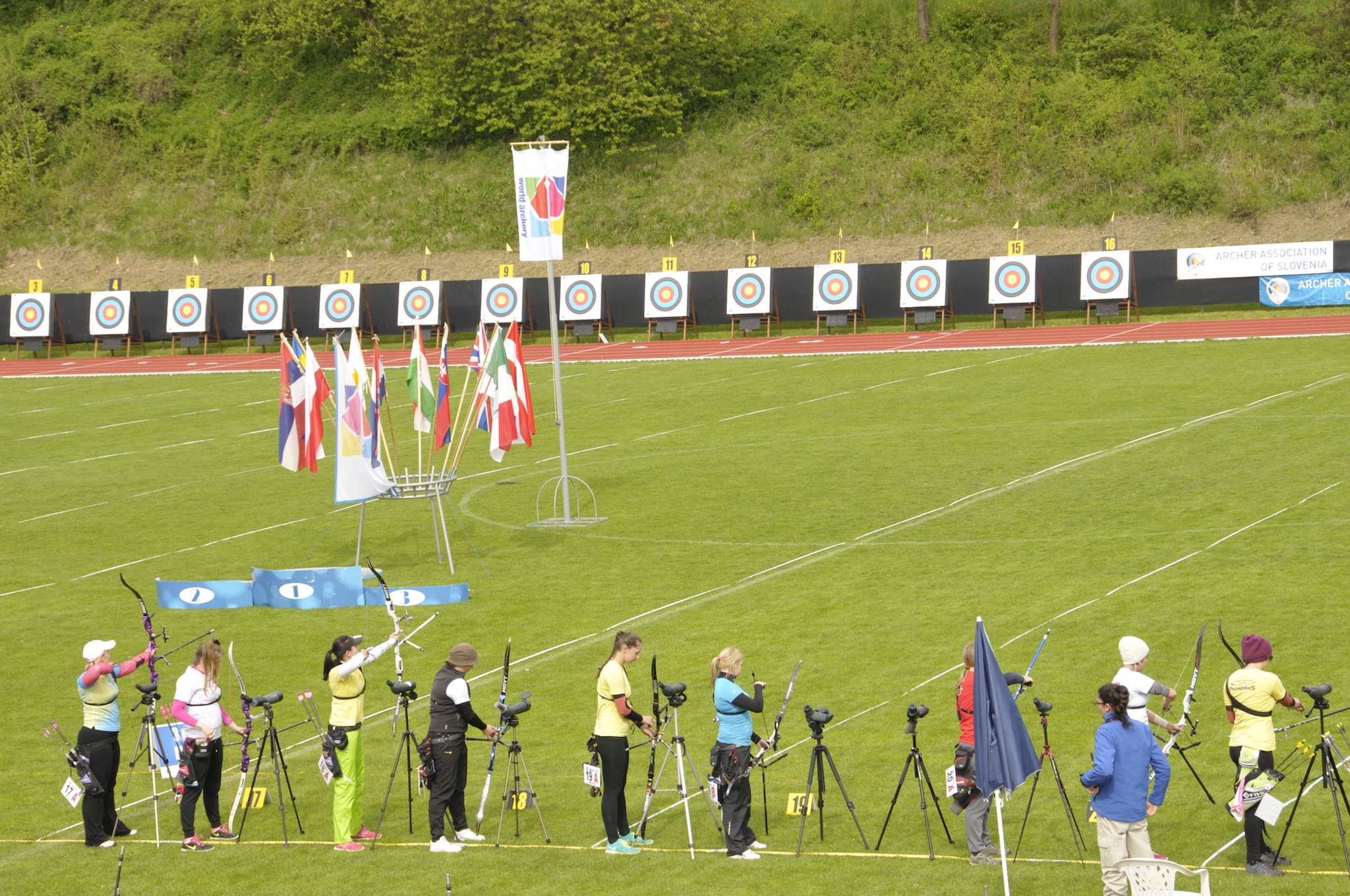