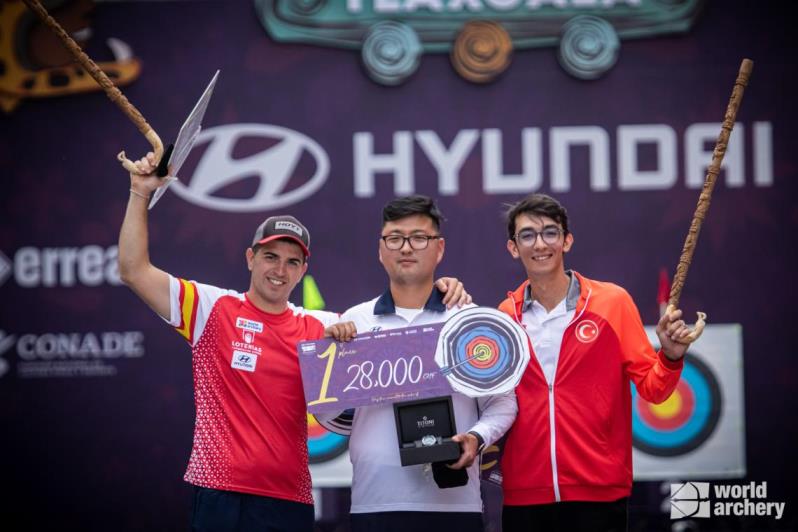 The Korean, 30, missed the maximum just once in his opening two matches to set up a gold medal match with Spain’s Miguel Alvarino Garcia, before going on to take the crown in four sets, 7-1.

The world number two now has his fourth title, his first since 2018, to add to his two Olympic gold medals and was pleased to return to the World Cup stage after three years absent.

There was little 2015 champion Alvarino was able to do against the near-flawless Kim, despite the pressure of the final perhaps dawning on the eventual champion as he hit two nines in the opening set – more than he had dropped than in his entire previous two matches. 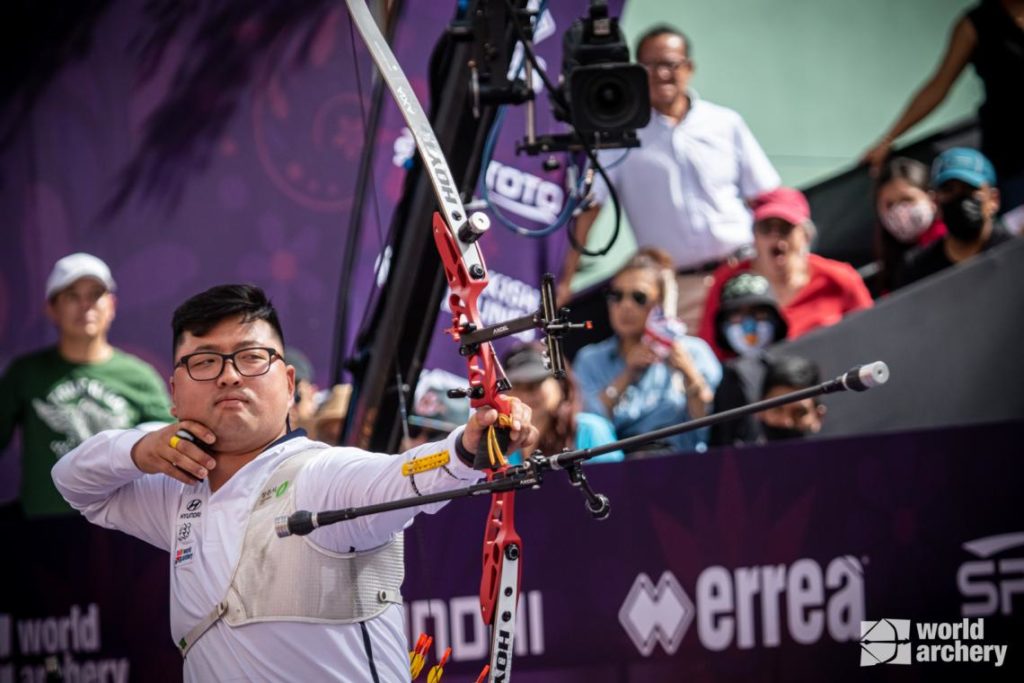 But if there was any pressure, it soon seemed to wear off as Kim responded with a perfect 30 in the second set to take control of that gold medal final.

A chance to wrap up the title in three sets went amiss as Kim shot a nine on the final arrow to draw 29-29, before claiming the crown in the fourth set 29-28.

Alvarino was appearing in a World Cup Final for the first time since his victory in 2015, also on Mexican soil in Mexico City, and earned a deserved silver having battled past Brazil’s Marcus D’Almeida and then 2021 bronze medallist and reigning Olympic champion Mete Gazoz.

Kim had romped through his quarterfinal with a trio of perfect sets to beat Mexican Jesus Flores before beating compatriot Kim Je Deok 7-1 in four sets.

The bronze medal went to Gazoz to make it two bronzes in success for the Turk, beating Kim Je Deok 6-4 in a five-set thriller.

The pair traded opening sets, with the Korean responding to losing the first set with a perfect 30 in the second before tying the third 29-29.

It was the fourth set that was crucial, Gazoz producing a 30 to put himself 5-3 ahead, which ultimately proved enough as the fifth set was tied.

The world number one beat the 2015 World Cup champion 6-4 in a close-fought five-set encounter, shooting 29 in the final set to seal the win after the archers were tied 4-4 after four sets.

An, 21, adds a first World Cup title to her three Olympic gold medals from Tokyo 2020.

Both archers had won a stage each leading up to the Final in Tlaxcala, with Choi taking victory on home soil in Gwangju before An won the most recent stage in Medellin, Colombia. 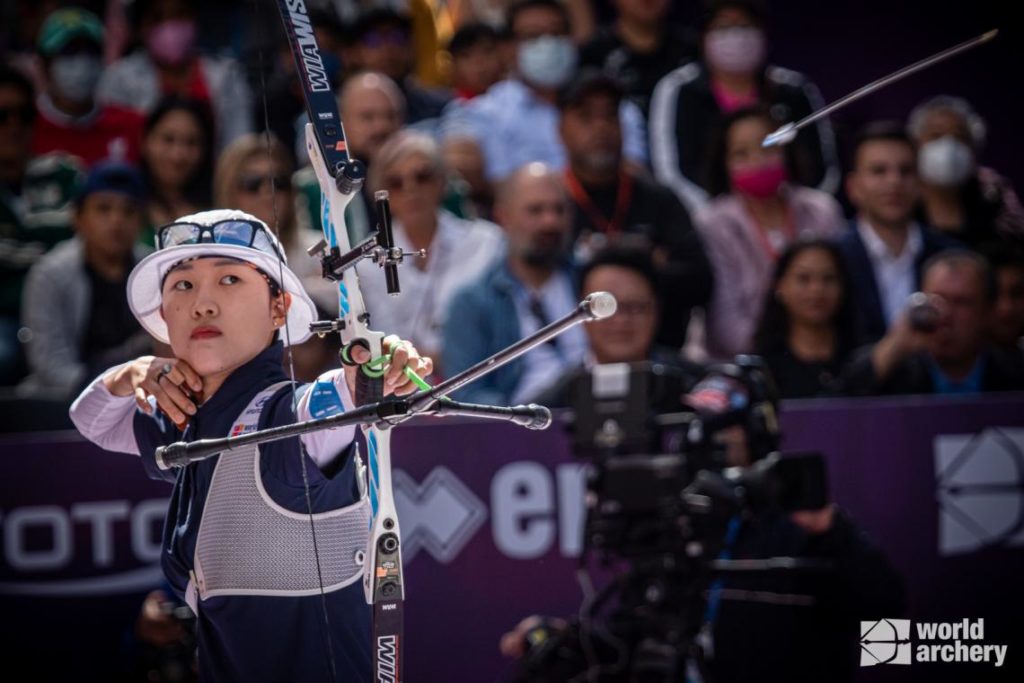 Mexico had brought success before for Choi, who claimed her 2015 Hyundai Archery World Cup title in Mexico City, and it looked like it could deliver again for the 2016 Olympic gold medallist.

Choi beat world number two Bryony Pitman in the quarterfinal 7-3 before getting past home favourite Alejandra Valencia in straight sets in her semi.

An’s route to the gold medal match was tighter, getting past Chinese Taipei’s Kuo Tzu Ying 6-4 before edging past Peng Chia-Mao by the same score line to set up the gold medal final many had wanted.

Choi had raced into a 2-0 lead in the first set thanks to a perfect 30, before An levelled proceedings in the second, as her opponent shot a seven in between two tens.

The hotly anticipated battle between the pair lived up to expectations, as they then exchanged sets once more to set up a deciding fifth set, which An sealed with a ten from her final arrow to take her first Hyundai Archery World Cup title in Mexico.

The Chinese Taipei archer went 2-0 ahead in the first set and never relinquished her lead throughout the five-set encounter to add World Cup bronze to her team World Championship gold from 2019.