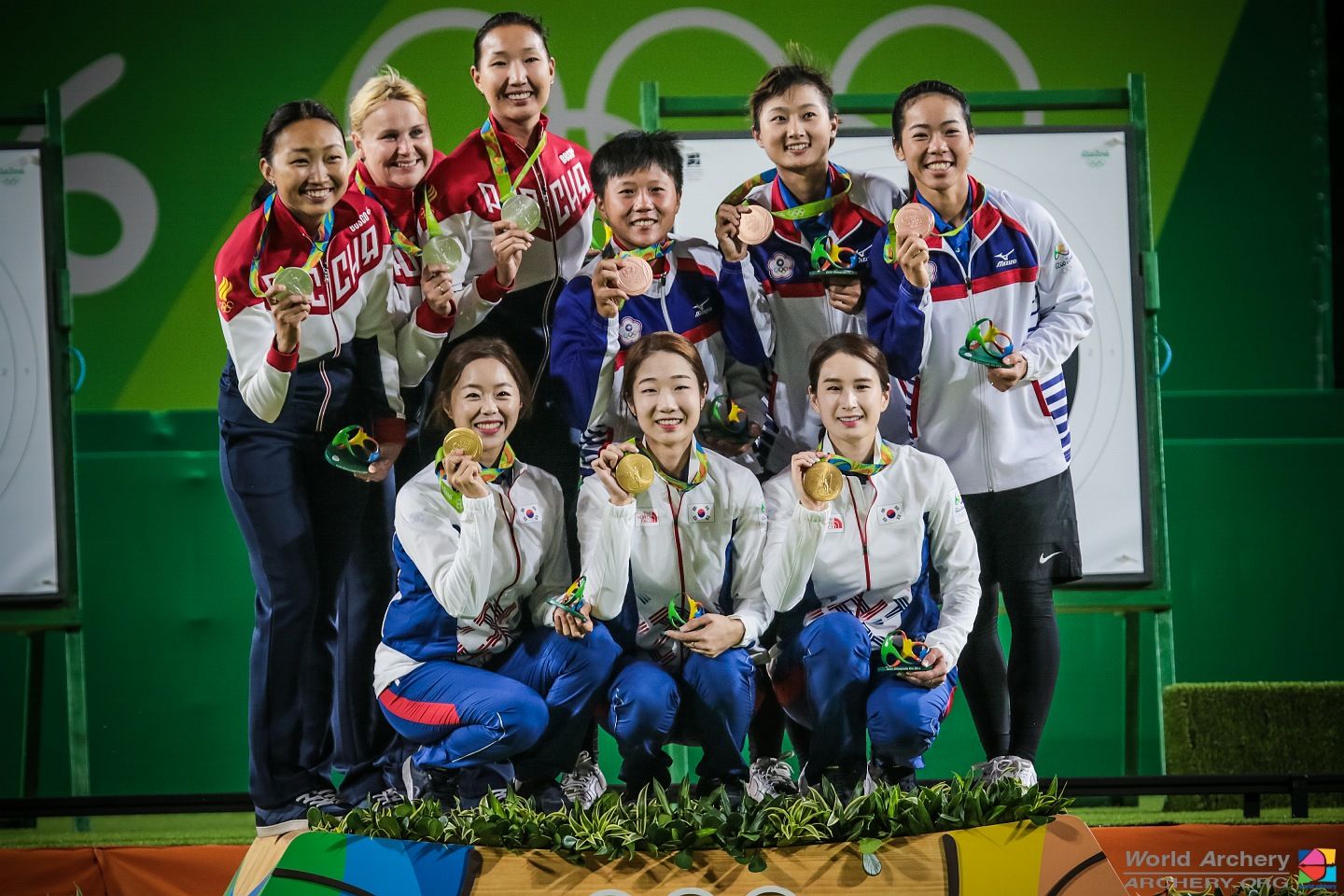 Since the event was introduced in 1988, the Korean women have never lost a match at the Games.

The Olympic gold medal is the third of Ki’s career. She won double gold at her Olympic debut in London in 2012 – and has the chance to become the first ever archer to successfully defend her title in Rio, if she wins the individual competition again.

“I’m happy that I got my third medal and I’m very thankful for my teammates,” Ki said. “This medal was won not just by the team but by everyone who supported us. That is why I cried.”

“When it’s time for me to sleep, I always think about archery. That is why I can stay on top.”

Korea has won every women’s team title at the Games since it was introduced in 1988. Four years after its debut, in 1992, matchplay was introduced to the archery competition – and, now in a streak that’s lasted 24 years, the Korean women have never lost a match at the Olympics.

At Rio 2016, Chang, Choi and Ki’s campaign began with a top seeding and featured an incredible perfect-set in the semifinal.

The title-sealing gold medal match, against World Archery Champion Russia, saw the Korean women go 4-0 up off the back of consecutive series of 59- and 55-points – and one archer, Choi Misun, dropped all five of those points in the second. (Her teammates made up for it, shooting four 10s.)

The third set went down to the line.

Korea’s score – 51 – was the team’s lowest of the matchplay. Russia had shot an excellent group, but it was to the left of the gold, and scored 51 points, too. There was one Russian arrow close to the line. If called in, it would upgrade their score to 52, win the set, and extend the final.

Korea has already two archery gold medals from Rio, after the men took team gold on the first day of competition at the 2016 Olympic Games. Ki said the men’s team gave the women advice on how to handle the matchplay arena.

“That really helped me in the matches today and that is why I got good results,” she explained.

“This is my first time at the Olympics and we’re super excited to have won this,” said Lin Shih-Chia. “This [Chinese Taipei] is my country and I feel very proud of it.”