Ukraine on the top of Men Teams Event – Baku2015Archery 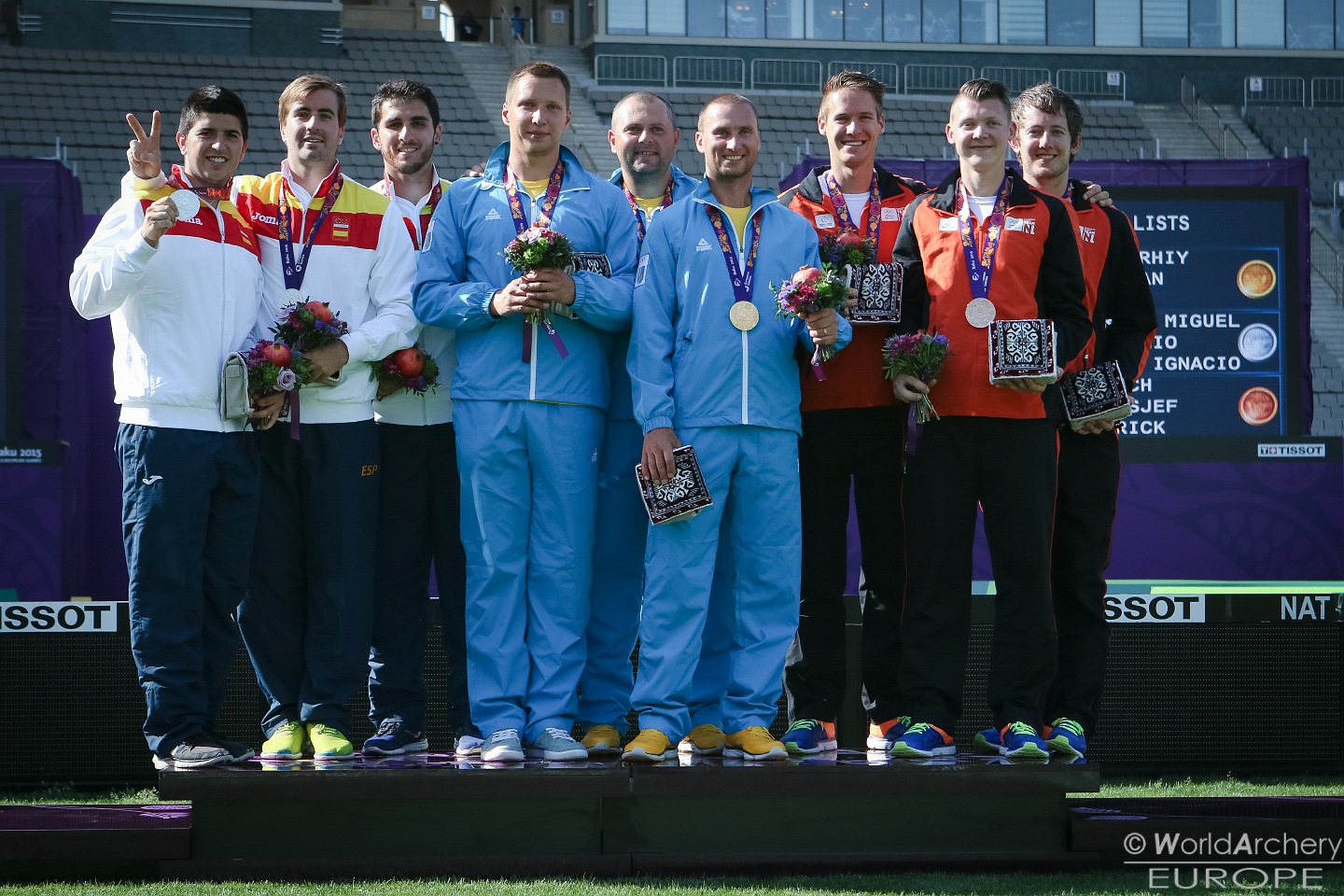 In the afternoon session we complete all the Teams parts of European Games – Baku 2015.

“We did this for the liberty of Ukraine. We showed our heart and we are happy.”

On winning the final:

“We have a team soul and we worked very hard and we did it.”

“If you have a country like Ukraine, you are lucky, and we dedicate this medal to our people.”

“We have a good team, good guys, good training staff and the most important is the relationship between team-mates. If you have all of these things, you have a chance of winning.”

On the experience of competing in the final:

“It will increase our confidence. We want to show what we can do. The first European Games is a great preparation for going to the Olympics.”

On missing out on the chance to hear the Spanish anthem:

“We lost the last match. It is a good result, silver. We would have liked gold to listen to the national anthem.”

On competing at the Tofiq Bahramov stadium:

“We are loving the experience of shooting in this venue to see how well we shoot together. In the individual matches, we will be there for each other, to be strong.”

On needing to score a 10 with the last arrow of the competition to avoid defeat:

“It was a tough high score, hard to catch up. At the last moment, a gust of wind came in and I could not shoot fast.”

On competing to win a bronze medal after missing out on a chance to win gold:

“It wasn’t a disadvantage to shoot the bronze final exactly after the semifinal because we had a good run in the semifinal.”