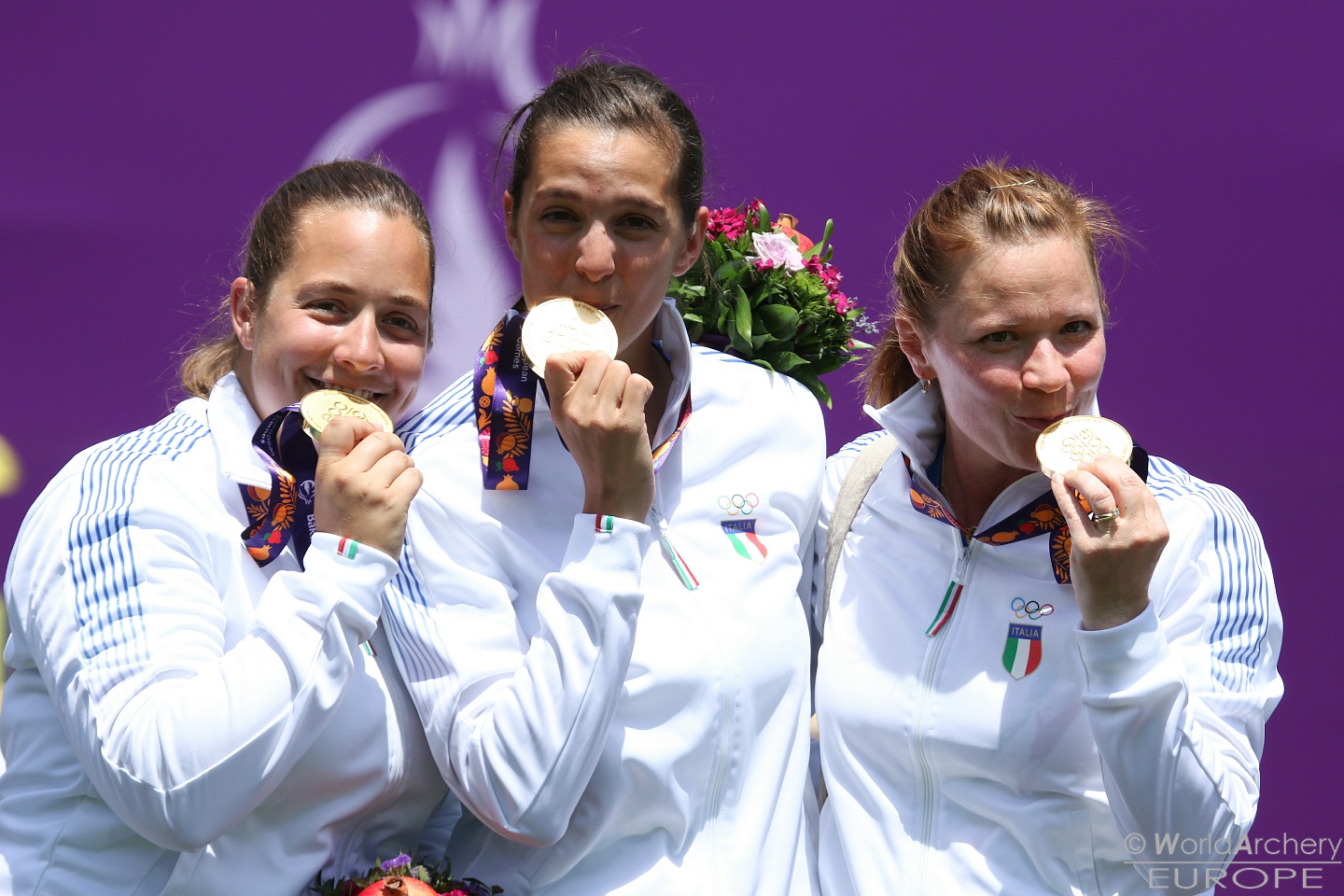 “This is my first gold at this level. This is an Olympic-level competition. It’s a wonderful recognition.”

On dealing the swirling wind at the Tofiq Bahramov stadium:

“The wind is strong, but we are stronger.”

On her feelings after her final arrow:

When I shot the last arrow, I burst into tears. The emotion that was inside me for a long time just burst out. I haven’t won an important medal for a very long time. I haven’t been on the top step of the podium for ages.”

On following in the footsteps of Italy’s mixed team, who won gold on Wednesday:

“Yesterday, when they played the national anthem for the mixed team, I said to Guendalina (SARTORI), ‘I want to hear this for us as well’.”

On whether winning gold will be a springboard for the individual event, which starts on Friday:

“Certainly, having won gold today is a massive boost to our confidence.”

“This is a beautiful prize – my second gold in 24 hours.”

On whether she slept last night, having won her first European Games gold medal:

“I slept badly, but I don’t lack desire to win. I’m never satisfied. I’m used to not sleeping, with three children.

On defying their No9 seeding and winning a silver medal:

“This is so great. Being here is really good. We are proud of ourselves and we did our best for the name of our country.”

On only managing to shoot a score of one with her final arrow of the first set:

“I had a really short amount of time. Because of the lack of time I couldn’t really concentrate. That’s why I couldn’t shoot well.”

On defying their No9 seeding to win a silver medal:

On how they will celebrate their success:

“We lost out on the chance to go for gold by the smallest of margins but this medal is also very good. We can’t win every time.”

“We don’t know how it happened after we lost the first set. We composed ourselves. We are happy now, we did well.”

“We were a little bit emotional, a little bit stressed. The wind was blowing. It is good experience for us to shoot in the first European Games in these conditions.”